Past Life Memories – A Child’s View

When you want to get insight into the vast spectrum of how reality works look no further than the innocence and honesty of a child. Where far too many of us “adults” are so quick to write off our children’s fantasies; imaginary playmates, travel to other worlds in the middle of the night and of course the all-too-common “boogie man” in the closet – perhaps we should think again.

Just last weekend I spoke with a ten year old girl (and her parents) about what she insists are repeated visits from strange looking shadows and “aliens” who have come to see her on a regular basis since she was three years old.

Despite our questions about the validity of her experience, one thing is for sure – her insistence and her fear were very real!

Although perplexed by the incidents that their daughter so vehemently describes, thankfully both parents have made it a point to listen with an open ear and an open mind.

Stories of the extraordinary from children, number in the thousands, perhaps millions from across all social and cultural spectrums.

Another phenomenon which I covered in my book Conscious Musings, has to do with the past life claims made by children. Significant anecdotes have emerged over the years about children who have given startling accounts of previous lives with detail too intricate to ignore. Many details are subsequently confirmed with a little research and due diligence. Still the questions persist. Is reincarnation real? And if so, how does it happen?

The following is one such case of a little boy who at 5 years old began to explain to his mother details of his previous life as a man who once lived a life as a Hollywood actor and executive.

As I’ve often said – The mind is like a parachute, it does not work unless it’s open!

‘Return To Life’: How some children have memories of reincarnation

It’s not unusual for little boys to have vivid imaginations, but Ryan’s stories were truly legendary.

His mother Cyndi said it all began with horrible nightmares when he was 4 years old. Then when he was 5 years old, he confided in her one evening before bed.

“He said mom, I have something I need to tell you,” she told TODAY. “I used to be somebody else.”

The preschooler would then talk about “going home” to Hollywood, and would cry for his mother to take him there. His mother said he would tell stories about meeting stars like Rita Hayworth, traveling overseas on lavish vacations, dancing on Broadway, and working for an agency where people would change their names.

She said her son even recalled that the street he lived on had the word “rock” in it.

“His stories were so detailed and they were so extensive, that it just wasn’t like a child could have made it up,” she said.

Cyndi said she was raised Baptist and had never really thought about reincarnation. So she decided to keep her son’s “memories” a secret— even from her own husband.

Privately, she checked out books about Hollywood from the local library, hoping something inside would help her son make sense of his strange memories and help her son cope with his sometimes troubling “memories.”

“Then we found the picture, and it changed everything,” she said.

That photo, in one of the books from the library, was a publicity shot from the 1932 movie “Night After Night,” starring Mae West in her film debut.

“She turns to the page in the book, and I say ‘that’s me, that’s who I was,’ Ryan remembers.

Cyndi said she was shocked, and only more confused, because the man Ryan pointed to was an extra in the film, with no spoken lines.

But finally she had a face to match to her son’s strange “memories,” giving her the courage to ask someone for help.

That someone was Dr. Jim Tucker, M.D., the Bonner-Lowry Associate Professor of Psychiatry and Neurobehavioral Sciences at the University of Virginia.

The child psychiatrist has spent more than a decade studying the cases of children, usually between the ages of 2 and 6 years old, who say they remember a past life.

In his book, “Return To Life,” Tucker details some of the American cases he has studied over the years, including Ryan’s.

“These cases demand an explanation,” Tucker said, “We can’t just write them off or explain them away as just some sort of normal cultural thing.”

Tucker’s office contains the files of more than 2,500 children— cases accumulated from all over the world by his predecessor, Ian Stevenson. Stevenson, who died in 2007, began investigating the strange phenomena back in 1961, and kept detailed interviews and evidence on each case.

Tucker has painstakingly coded the handwritten files, discovering intriguing patterns. For instance, 70 percent of the children say they died violent or unexpected deaths in their previous lives, and males account for 73 percent of those deaths— mirroring the statistics of those who die of unnatural causes in the general population.

“There’d be no way to orchestrate that statistic with over 2,000 cases,” Tucker said.

Tucker said the majority of children he has investigated say they remember average lives— rarely do they claim memories of someone famous.

He said Ryan’s case is one of his most unusual because of the incredible detail he was able to provide.

Tucker, with help from researchers working on a documentary tried to identify the man Ryan pointed to in the book about Hollywood. 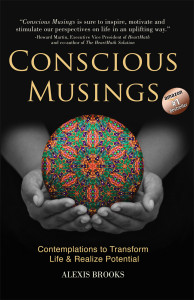 Learn about both past lives of children and animal reincarnation in the #1 best-seller, Conscious Musings by Alexis Brooks

Alexis Brooks is the editor-in-chief of Higher Journeys, an award-winning talk show host, #1 best-selling author, and international speaker covering metaphysics, spirituality and personal transformation. Her work explores consciousness, human potential, and the deeper characteristics of reality from a transcendental perspective and her approach to these subjects have been described by many as “clear and easy to understand” in covering an otherwise complex and esoteric subject matter. Alexis' mantra: If you dare explore the mystery, Universe will more than meet you half way!
«Previous Post
Geoengineering – The Reality We Face and What We Can Do About It (Replay)»Next Post
Sound Healing – Healing Practitioner “Names That Tune!”