Alexis speaks with George Barnes, director of the award winning documentary Look Up! 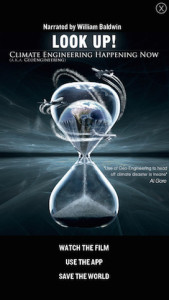 It was just five short months ago when I first met with commercial photographer and film maker George Barnes about the issue of geo-engineering and its potentially grave impact on billions of people all over this planet.  Since that time, George’s landmark documentary film Look Up and award winning app SkyderAlert have served as integral tools in spreading the awareness of geo-engineering – getting us one step closer to halting this large scale program.

In this – our second talk, we discuss some of the newer features of geoengineering, including night spraying, and voided clouds, as well as some of the extreme weather that can be directly traced back to  heavy spraying just prior to the weather event.

With these all too obvious features, the reality of geo or climate engineering is growing ever more present in our daily lives.  But what can we do about it?  Listen in as we discuss some action steps that each and every one of us can take right now!

Here are some ACTION STEPS!

Relevant Links from this episode: 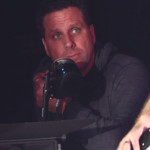 Barnes is a multiple award-winning Producer/Director/DP with over 20 years of experience.  He has served on the Executive Office of the Governor (Florida) and Association of Independent Commercial Producers and shot thousands of campaigns commercials, and films for clients including Lamborghini Aventador, Hard Rock Hotel and Casino,, HBO,  and Viacom. . George is currently the Senior Producer and Head of Production East Coast for UVAmericas, Managing Director of Skyder, Inc., a 501c4 not-for-profit corporation, creator of the award-winning mobile app SkyderALERT, and director of the award-winning environmental social action documentary “Look Up!”

Alexis Brooks is the editor-in-chief of Higher Journeys, an award-winning talk show host, #1 best-selling author, and international speaker covering metaphysics, spirituality and personal transformation. Her work explores consciousness, human potential, and the deeper characteristics of reality from a transcendental perspective and her approach to these subjects have been described by many as “clear and easy to understand” in covering an otherwise complex and esoteric subject matter. Alexis' mantra: If you dare explore the mystery, Universe will more than meet you half way!
«Previous Post
Conscious Commentary After the Show – The Shadow Being Enigma»Next Post
Past Life Memories – A Child’s View