Group supports those who’ve had NDE’s 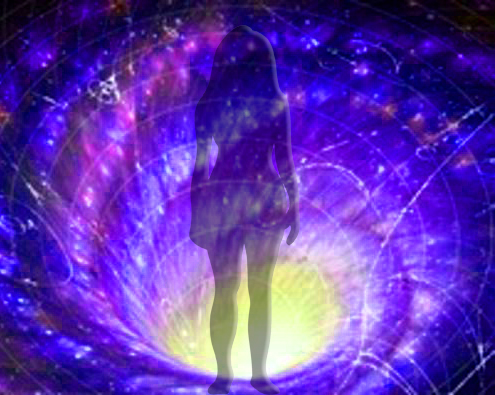 Tina Angeli remembers her small Hyundai spinning across Route 202 in Granby and then a crash.

There was broken glass and the smell of talcum powder. And then she stopped breathing.

Suddenly, she found herself out of her body and above her car, in a floating room where the walls were made out of an incredible bright light.

In the room was an ornate desk in the shape of a half moon, with nine beings dressed in dark brown capes. But when Angeli looked at their faces, all she could see was bright light.

“I was saying to them, ‘No, I’m not ready to go, I have so many other things to do on this Earth,'” Angeli said, recalling what she described as telepathic communication after the January 2012 accident.

She then found herself back in her car, starting to breathe again.

This was Angeli’s third near-death experience.

On the second Monday of each month, Angeli, 64, and others who have had what they describe as near death experiences gather at the UConn Health Center Extension in Farmington.

Until about 30 years ago, most people with near death experiences were thought to be insane, said Walter Dembiczak, co-facilitator of the “NDE” support group.

“It was only 30 years ago, but it seems like the Middle Ages, because people who explained their stories to their relatives were placed in an asylum and heavily medicated,” he said.

Currently, Dembiczak said, he has 218 people on his Farmington Near Death Experience Support Group member email list, and between 20 and 50 people usually show up for the monthly meetings.

Near death experiences were brought into the mainstream in 1978, when the International Association for Near-Death Studies was founded in Connecticut.

It was incorporated in 1981 and operated out of the University of Connecticut, where one of the five founders, Kenneth Ring, was teaching in the psychology department, former IANDS President Nancy Bush said. The association currently stationed in Durham, N.C.

In 1980, Bruce Greyson, a clinical psychiatrist at UConn Health, established the support group, co-facilitator Jack Lardis said. The goal was to provide a safe place where “NDErs” could share their experiences.

“The medical community and the general public considered the stories relating to an ‘other world’ as imagination and an indication that the story-teller was mentally unsound,” Lardis said.

Angeli said she joined the group in 1998 after hearing about it from an acquaintance.

“To begin with, I kept everything to myself. Once I accepted [my near death experiences], I actually decided to discuss it,” said Angeli, who founded the S.O.U.L. Center in Granby, which offers channeling sessions, energy healing experiences, meditation and labryinth events. “It’s such an incredible feeling to have a conversation with someone and not think they are nuts.”

Angeli has had two other near death experiences, she said, one of which she describes as an “emotional” rather than physical experience.

In her second near death experience, she was in her 20s and swimming in a man-made lake outside Hartford when she started to drown. Water filled her lungs and she felt a deep pain in her chest. She flailed, trying to break the water’s surface.

Suddenly, she heard a “snap” and the pain cleared. As though watching a movie reel, Angeli saw a series of images above her head.

Every time she saw people in the pictures she didn’t recognize, she heard the “snap” and immediately understood — these were images from her past lives.

The first, “emotional” near death experience, Angeli said, happened when she was 2 years old.

Her 1-year-old sister had died of what her parents described as a “childhood disease,” she said, and her parents were overcome by the loss.

“My parents became so engulfed in their own grief that I became the abandoned child,” she said. “It was right around that time that … this ‘beautiful lady’ would come to me and play peek-a-boo.'”

This “angel” visited Angeli until she was 8 years old, she said.

“The spirit stepped in to take over my parents’ job,” she said. “Even though I didn’t die, it was an extremely emotional event that happened where I could have lost my marbles and not grown up as normal as I did.”

Bob Leo, of Manchester, joined the NDE support group shortly after it was founded.

His first near-death experience, he said, was when he was in a car accident in 1969. Much like Angeli, he experienced a “life review,” where he saw snapshots of important milestones in his life.

More recently, Leo had a sensation of “talking to the other side” when he was hospitalized in 2007 for internal bleeding. One night, Leo said he took a turn for the worse and thought he was going to die.

“I said, ‘I’ve got nothing to lose,’ so I called out, ‘God, universe, spirit, whatever is there, please help,'” Leo said.

All of a sudden, Leo said he felt as if he and his bed were being blown “straight up toward the heavens.” He said he could feel his hair blowing in the breeze, and felt a sense of unconditional love.

After that, Leo said, his condition dramatically improved.

Alexis Brooks is the editor-in-chief of Higher Journeys, an award-winning talk show host, #1 best-selling author, and international speaker covering metaphysics, spirituality and personal transformation. Her work explores consciousness, human potential, and the deeper characteristics of reality from a transcendental perspective and her approach to these subjects have been described by many as “clear and easy to understand” in covering an otherwise complex and esoteric subject matter. Alexis' mantra: If you dare explore the mystery, Universe will more than meet you half way!
«Previous Post
Indigo children can talk to the dead?»Next Post
The Quantum Mechanics of Fate