Why Your Own Intuition is the Most Powerful Force You Have 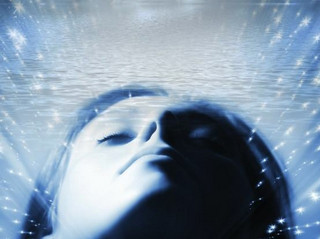 I loved this candid and forthcoming article about intuition from Nathan Furr. Having come from the conventional institution of academia, and an environment that is not typically known for its spiritual fortitude, Furr is nonetheless revealing, inspiring, and transparent in his perspective on what we will call the intuitive way. So, KUDOS for this great piece!

Further, anytime someone has the inclination to mention one of my favorites, physicist and philosopher Richard Feynman in a context such as this, I can’t help but be an instant admirer! Though Feynman’s work embraced a complex and classical model of science, his own sense of intuitive prowess guided him on a path that would lead him to the ultimate in public recognition – The Nobel Prize in 1965!

I used to jokingly say that inertia is the most powerful force in the universe. Often our own fear creates that inertia: we are afraid of failure, afraid of losing a comfortable situation, or afraid that what we want to do doesn’t have merit. But there is a simple way to overcome this fear. You can overcome the power of inertia by tapping into your own intuition. I am coming to believe that the most powerful force in the world is actually your own intuition. If you can tap into your intuition, free from moments of raging emotion or disempowering fear, I think you will find the secret to your own success.

As example, let’s examine the struggles and success of one of my personal heroes, Richard Feynman. Today Feynman is considered one of the ten greatest physicists of all time, having won the Nobel Prize in 1965 for his work on subatomic particles and introducing the concepts of quantum computing and nanotechnology. What few people really appreciate about Feynman are the doubts he held about himself and how he overcame them.

After working at Los Alamos on the atomic bomb, Feynman felt fortunate to land his first academic position, but he soon discovered how burnt out he felt after the effort at Los Alamos. In academics, research is the currency of success and promotion, but no matter what he did, Feynman couldn’t bring himself to focus on research. Occasionally he would receive job offers from other universities (theoretical physicists were rare and in demand after the war), and in his autobiography recalls his disbelief at the offers: if they really understood his capabilities they wouldn’t be making him the offer.

Feynman recalls how discouraged he felt as everyone around him was focusing on “important” research and “important” problems. One night, as the discouragement overwhelmed him, he decided, “I’m NOT going to work on important problems. I’m going to work on what interests me.” As he sat in the Cornell dining hall, someone fooling around threw a plate in the air, and Feynman noticed that the red logo at the center of the plate wobbled at a different rate than the outer rim of the plate. He was curious about this and since he had decided to NOT do work that was important, he sat down and calculated the difference in wobble rates. When he showed his calculations to a mentor, the mentor replied that it was an interesting curiosity but it wasn’t very important. However, Feynman just kept following his curiosity. In fact, those early calculations lay at the foundation of his work on the wobble of electrons in orbit, for which he won the Nobel Prize!

Alexis Brooks is the editor-in-chief of Higher Journeys, an award-winning talk show host, #1 best-selling author, and international speaker covering metaphysics, spirituality and personal transformation. Her work explores consciousness, human potential, and the deeper characteristics of reality from a transcendental perspective and her approach to these subjects have been described by many as “clear and easy to understand” in covering an otherwise complex and esoteric subject matter. Alexis' mantra: If you dare explore the mystery, Universe will more than meet you half way!
«Previous Post
Animal Reincarnation & the “Walk Ins”»Next Post
Richard Dolan – E.T. Encounters of the Human Kind