Why Sound Healing is Striking a Chord with So Many 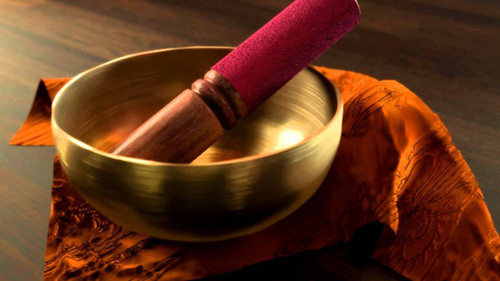 Sound Healing. Sounds a little woo woo right? Maybe to some, but I have a feeling it’s anything but…

You see, I have always felt a resonance with music. More aptly – sound. Certain sounds, that is.

Within this statement are two key words that are much more than just a notion, they are literal: felt and resonance. Sound – of which all matter of life, including the earth, the sun, the stars, the rocks, plants, and of course ourselves, produces a response on some level. Many of these are heard audibly, and many more are not, but all are felt within our own energy field, including our bodies. All sounds emit frequencies to varying degrees, and those frequencies create a response. Some sounds will resonate positively with the receiver, and some can be quite damaging.

My experience with sound? There’s a range. I’ve long been adverse to loud sounds (including people talking loud). You might even say I’m hypersensitive to “noise.” Conversely, I love the sounds of soothing melodies, classical music, and especially the sound of nature. Not too dissimilar to most other humans, I suppose.

In my many conversations with friend and colleague, sound scientist and new age recording artist Steven Halpern, we’ve discussed the benefits of certain harmonics as well as the awkward and sometimes damaging effects of other means of sound.

There are many modalities that effectively use sound to heal, including vocal toning, drumming, tingsha bells, and Tibetan singing bowls. Some years ago I became acquainted with Tibetan Singing Bowls, and eventually acquired one. There is no doubt that when using the bowl and achieving a peak tone by firmly but rhythmically encircling the bowl with its companion wooden stick, I feel it. And it does resonate deeply. I can literally feel its sound penetrating my body and moving throughout my energy field. So something’s happening for sure! But just what and to what extent, we are still trying to fully comprehend.

This little post is hardly the first on such a modality as sound for healing, and yet, due to the mainstream’s resistance to give it’s validity just due, I thought it would be beneficial to post a nicely written article I recently found that discusses the absolute benefits of sound on the human “system.”

The Healing Power of Sound

From humming to drumming to Tibetan singing bowls – recent research suggests that the influences of certain rhythms, sounds and vibrations can help us resist and recover from a wide variety of ailments.

Sound can set a mood. The soundtrack in aerobics class gets us moving, for example, while the one in yoga promotes quiet concentration. Sound also has a powerful effect on how we feel throughout the day. Our bodies and minds react differently to the unrelenting noise of a jackhammer than to a trickle of water in a creek.

In other words, some sounds simply make us feel better than others. Whether our conscious minds are paying attention or not, our bodies take their cues from these sounds and rhythms, knowing when to get energized and when to slow down.

Now, a growing body of research suggests that when used in a directed way, sound can also help us reduce stress, create a deep sense of well-being and even promote healing. From playing Bach in the nursery to yogic chanting in the oncologist’s office, sound therapy is gaining popularity as both a preventative medicine and as a complement to more-traditional treatments. Good for both the mind and the body, it has been shown to help lift depression, clear sinuses and help cancer patients recover more quickly from chemotherapy.

The idea that sound affects the health of the mind and body is not new. Chanting and mantra recitation have been part of Hindu spirituality and the healing power of yoga for thousands of years. Given the recent interest in mind-body medicine, it’s not surprising that this ancient tradition is experiencing a modern-day renaissance.

So what, exactly, is it?

Using the human voice and objects that resonate to stimulate healing (think tuning forks and singing bowls), sound therapy is one of a growing number of subtle-energy therapies that make up the field of vibrational medicine. According to the law of physics, everything vibrates: the chair you’re sitting in, the food you eat, the rocks and trees.

“Whether or not we hear it, everything has a sound, a vibration all its own,” writes Joshua Leeds in The Power of Sound(Healing Arts Press, 2001).

That sound is called resonance, the frequency at which an object naturally vibrates. Each part of our bodies has its own natural resonance, and vibrational medicine is based on the idea that disease is a result of those natural resonances getting out of tune – whether due to stress, illness or environmental factors.

As opposed to the highly focused and fast vibrations used in ultrasound (a technology already employed in hospitals to break up kidney stones and check on the health of fetuses, for example), sound therapy works more gently – but just as powerfully – to return the body’s own vibrations to their natural states.

But does it work? Yes, say sound therapists, who have successfully treated everything from stress to Parkinson’s disease to hormonal problems. Jonathan Goldman, director of the Sound Healers Association in Boulder, Colo., has seen tuning forks alleviate many maladies, including headaches and misaligned vertebrae. Diáne Mandle, a certified sound healer in Encinitas, Calif., uses Tibetan singing bowls to bring her clients’ bodies back in tune.

In her article “Sound Healing With Tibetan Bowls,” first published by the Holistic Health Network, Mandle writes that her clients have experienced “relief from pain and discomfort, clearing of sinuses, shifting out of depression, [improved] ability to sleep . . . , revitalization and clarity, feeling of well-being, great connectedness, and deep personal transformation.”

“Using forks and bowls for anything other than dinner may seem to some people like New Age nonsense,” writes Stephanie Rosenbloom in a November 2005 article in The New York Times. “But healers, sometimes called sounders, argue that sound can have physiological effects because its vibrations are not merely heart but also felt. And vibrations, they say, can lower heart-rate variability, relax brain-wave patterns and reduce respiratory rates.”

Stress hormones decrease under these conditions, which is good news for everyone, but especially for people with a serious illness. That’s one reason Mitchell Gaynor, MD, an oncologist and assistant clinical professor at Cornell University’s Weill Medical College in New York, uses singing bowls with his cancer patients. Gaynor sees sound as part of a broader trend toward the humanization of medicine in which the whole person, not just the part that’s broken, is addressed.

“I believe that sound can play a role in virtually any medical disorder, since it redresses imbalances on every level of physiologic functioning,” he writes in his book The Healing Power of Sound: Recovery from Life-Threatening Illness Using Sound, Voice and Music (Shambhala, 1999).

Read the rest of the article here.

Alexis Brooks is the editor-in-chief of Higher Journeys, an award-winning talk show host, #1 best-selling author, and international speaker covering metaphysics, spirituality and personal transformation. Her work explores consciousness, human potential, and the deeper characteristics of reality from a transcendental perspective and her approach to these subjects have been described by many as “clear and easy to understand” in covering an otherwise complex and esoteric subject matter. Alexis' mantra: If you dare explore the mystery, Universe will more than meet you half way!
«Previous Post
Proof of Parallel Worlds?»Next Post
Surfing the Waves of Reality with Zen Gardner