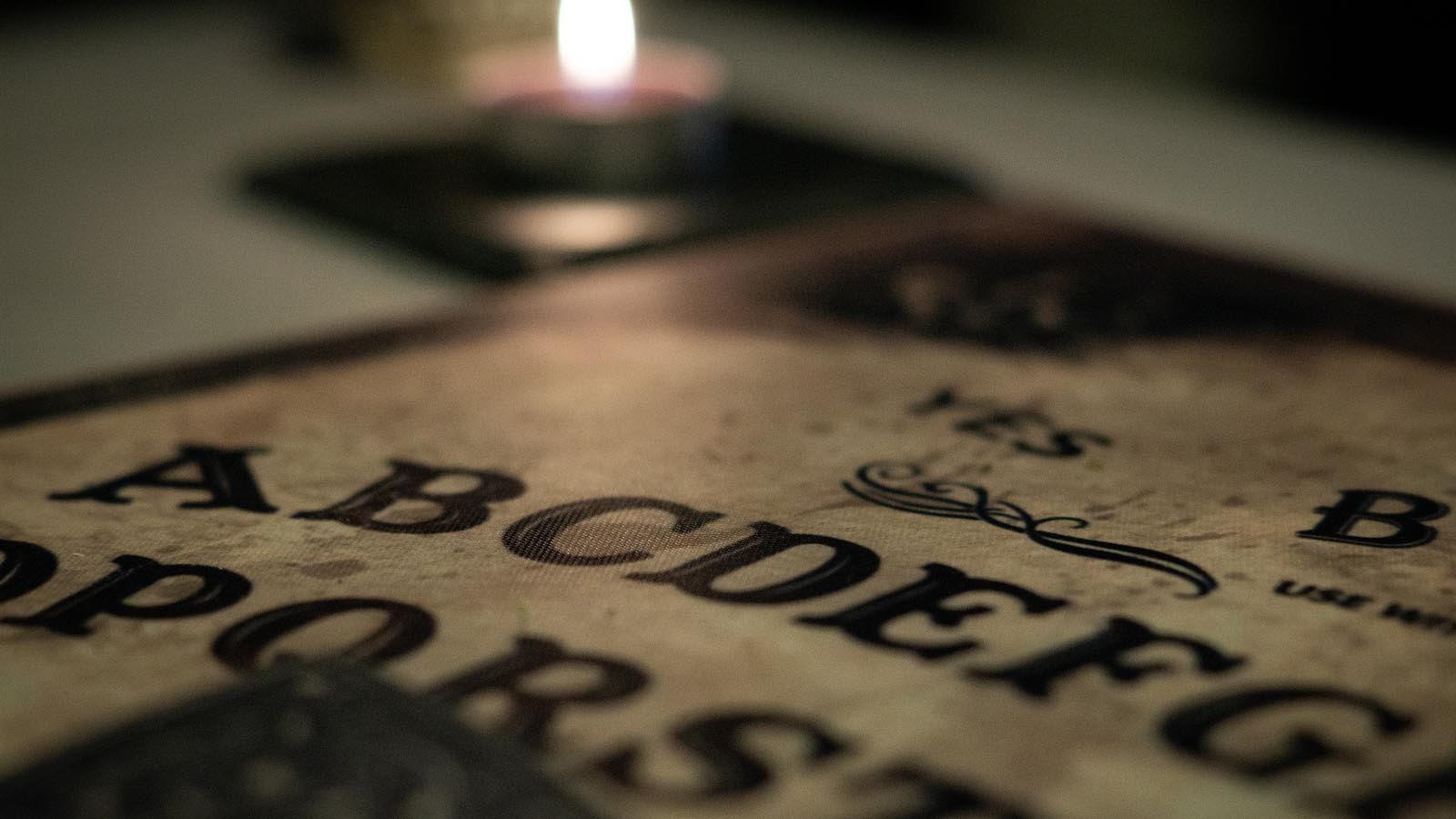 The Ouija experiment | Excerpt from The Hidden Universe

In 1972 one of the most fascinating experiments ever conducted took place. The idea was to create a mind-manifested entity that owed its existence to nothing other than the human imagination.

Members of the Toronto Society for Psychical Research, under the leadership of Iris Owen, had long been intrigued by how ouija sessions work. They wondered if in some way the participants unconsciously create their own self-generated narratives together as the glass moves from letter to letter. To test this possibility, they decided to agree collectively on the life story of a totally fictional historical character.

Owen’s group called the entity Philip Aylesford. They gave Philip a whole biography. He was a rich, powerful man who lived in Diddington Manor in England. He had committed suicide in 1654 after an affair with a gypsy girl. Initially, the group was not successful in making contact with this fictitious figure. For more than a year the group meditated on him in vain. Then they decided on a different approach. Instead of serious meditation in atmospheric lighting, they sat around the table in bright light in a deliberately frivolous mood. This, curiously, seemed to work. Much to the group’s surprise, the table began to vibrate. Then there was a loud rap. One of the group asked if this was Philip, and a single loud rap gave them an answer. Contact had been made. In the time-tested code of one rap for yes and two raps for no, a rudimentary form of communication was facilitated. Things then took a turn toward the seriously strange. At one point, the table began to move when no one was touching it. It is important to stress that the group were not spiritualists but objectively minded researchers. Indeed, when the table first moved, they believed that one or more of their number were playing around.  In a TV interview the group leader, Iris Owen, stated afterwards that so great was the suspicion of cheating that the group had watched each other “like hawks”.

Owen explained that repetitive singing seemed to facilitate the effects. In the studio the group was able to recreate the rappings, even though it was clear no one was directly responsible for making these noises.

The experiment, devised by Iris Owen’s husband, mathematician ARG Owen, Director of the Toronto Society for Psychical Research, was overseen by psychologist Dr Joel Whitton. On TV Whitton argued that the group had attained a “child-like creativity”, facilitated by playfulness, repetitive singing and humour. The orthodox adult mindset, the idea that “this cannot be done”, had been set aside. For me this is of great significance.

At that time a psychological theory first proposed by Eric Berne was popular. Transactional Analysis argued that we can adopt one of three “ego states” in our “transactions” with others. These are “Adult”, “Child” and “Parent”. Whitton suggested that the group collectively adopted a “Child” ego state. I would argue that the entity they conjured is, in fact, a child-Egregorial. The Adult and Parent states, which are predominantly left-brain-generated, can give way at times to a right-brain, child-like propensity. This is infectious. The whole group entered a Child ego-state and, in doing so, opened up the channels that, in childhood, create what Michael Hallowell calls non-corporeal companions (NCCs), or “imaginary friends”, something we shall discuss later.

Of course, this gesture toward an explanation in fact explains nothing. How can a collective mindset, embodying an Egregorial, create physical effects in the external world, such as rappings and table turning? In the TV programme Whitton’s expert opinion is conveyed with an air of authority that lends him scientific credibility. However, what exactly does he mean when he states that the participants regressed into a childlike state as a form of “subconscious defence mechanism”? A defence mechanism against what? They were not under any form of psychological attack. In fact, they were, by their own admission, feeling very relaxed, telling jokes, singing songs and feeling quite happy.

The “table turning” is particularly intriguing. When the team initially failed to manifest anything of interest, British psychologist Kenneth J Batcheldor suggested they try to reproduce the “table turning” techniques of 19th-century spiritualists. He felt this approach might overcome any residual scepticism in the team, something he suspected was hindering the development of the “entity”. In a later interview Joel Whitton explained that in order to see if any of the group was actually pushing or pulling the table in some way, the organizers placed paper “doilies” under the hands of the participants. If they then attempted to push the table, the doilies would simply slide across the surface. This proved that the table movements “were not caused by anybody pushing it”. It was also clear from videotapes taken at the time that the group were not using their knees to raise the table. In any case, why would they? They were objective experimenters, not mediums or other occult practitioners trying to prove that they had psychic skills or an ability to communicate with the deceased.

But the question then must be asked: if there was no physical involvement of the participants in the movement of the table (either conscious or subconscious), how could the group be in any way responsible for the table tipping? (It responded in time when the group sang songs together.)

In his book The Black Arts (1967) author Richard Cavendish argues that entities evoked by magical rituals may be more than simple hallucinations or wishful thinking on the part of the magician.

Although some manifestations may result from hallucinations, or sometimes deliberate deception, occultists believe that this is not always the case. They say that self-intoxicating procedures are necessary because the spirit is not part of the normal, everyday world and so cannot be experienced in normal states of mind. When prompted to manifest itself out of the magician’s imagination, it is a real force. Either it exists independently of the magician, and if so is no more imaginary than electricity or gravity; or it is manifested from within the magician, in which case it may be more akin to the forces of ambition, pride or desire which we recognize in ourselves. We can only speculate which kind of reality it possesses. An abnormal state of mind does not necessarily deal in unrealities. It is only from a conventional, everyday perspective that we can afford to dismiss mind-generated phenomena as illusory. In any case, when things are seen, heard or felt by reliable witnesses, it is reasonable to accept their reality.

Cavendish’s suggestion that the human mind can bring about the existence of independent entities by the act of thought alone is in keeping with the principles of quantum physics. A cornerstone of this modern science shows that, at the quantum level, the act of observation can create the physical world. We shall focus in more details on the implications of this idea later.

The whole concept of mind-created entities is far more complex than any simple explanation involving a materialist reductionist dismissal or a spiritualist’s blind belief. Philip seems actually to have come to life – or life-after-death – in a way our rational minds cannot fully comprehend.

A scientific paper published in April 2019 suggested that the actual location of this kind of super-creative ability may be a part of the brain known as the “dorsomedial default network”. This consists of a group of interconnected brain regions, including the medial prefrontal cortex, the posterior cingulate cortex, the angular gyrus and the hippocampus. This area of the brain is particularly powerful when it comes to visualization. The team, led by Meghan Meyer, Assistant Professor of Psychological and Brain Science at Dartmouth College, New Hampshire, set out to discover whether creative people have stronger “imagination muscles” than non-creative people.

To see these imagination muscles in action, they asked 27 creative types and 26 control participants to go through simulation tasks while lying in a functional magnetic resonance imaging (fMRI) scanner. Brain activity of the creative adepts and controls was similar when imagining future events over the next 24 hours; however, to the researchers’ surprise, the creative group alone engaged the dorsomedial default network when imagining events further into the future.

The dorsomedial default network was not active at all among the control group; and yet, even at rest, this area of the brain was active for the creative group.

I cannot help wondering if it is this creative facility that was accessed by the Toronto team and assisted in the creation of Philip.

Get the Hidden Universe 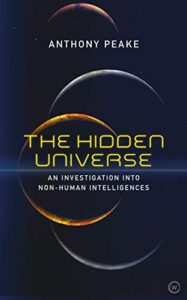 Anthony Peake studied at the University of Warwick and the London School of Economics. He has now written eleven books. His works has been translated into various foreign languages including every major European language and a number of minor ones. All his books have one central theme; what exactly is “consciousness” and what is its relationship with the seemingly solid, material universe presented to us by our senses?
«Previous Post
Animal Reincarnation |Your Pet May Be On Their Way Back to You!»Next Post
2020 Astrology Forecast | A Powerful Retrospective!