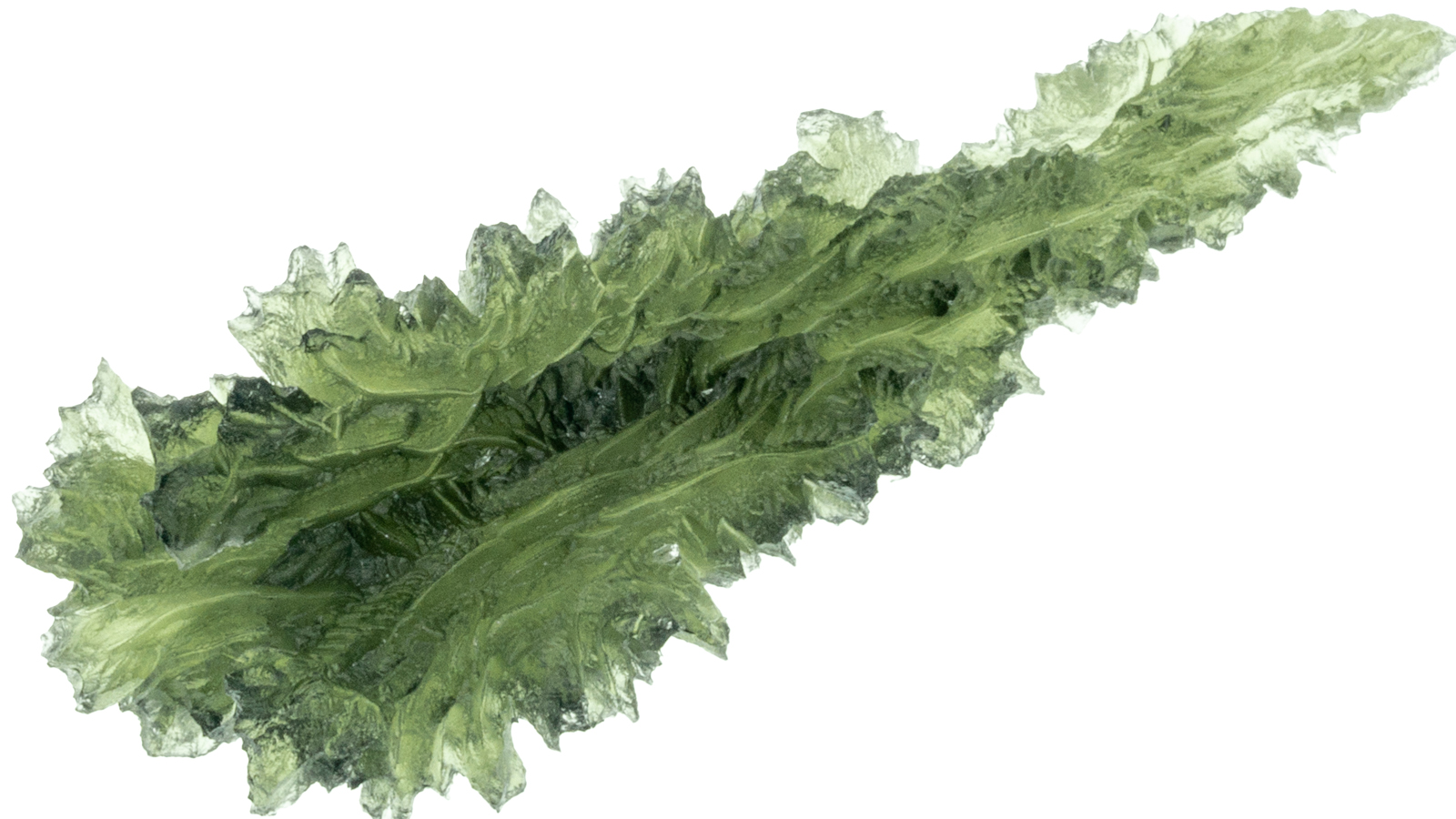 If you think Moldavite is the only stone that fell from the sky, think again. We have many “alien” mineral visitors!

In my first article here on Higher Journeys – I spoke of how I got into crystals – all because I’d been gifted a piece of Moldavite 34 years ago. You’d think, given the current hype around it, that it had just been discovered! Of course a lot of young people – who’ve been glued to the new social media phenomenon, TikTok – are talking a LOT about it.

In fact, I have a funny story to tell. A friend and colleague of mine – Julie Hannon, of Inner Peace and Wellness – was leading one of her shamanic workshops, and a shop owner was remarking how she was selling out of so many items ’cause “this old guy on TikTok” was teaching so many of her young clientele about crystals, that they were coming in droves to buy up her product. I’m that old guy! In just 6 months, I’ve attracted over 80,000 Followers to my TikTok channel. Click through to see why, I post 2 videos a day.

Anyhow – while I focus on Moldavite, see my web page devoted to it – there are actually other space stones that are relevant. I’ll begin with the definite Tektites. Tektites are formed when a meteor hits the earth with such velocity and heat that it is disintegrated, or rather integrated with earth elements to create what is called molten impact glass. The explosion shoots this material up into the sky, where droplets harden before falling again to earth, but not until they’ve acquired a moonlike, cratered appearance. There are basically two types of Tektites – Moldavite, and all the rest, often called IndoChinites – because they’re spread out through eastern Asia. A Moldavite is unique because it’s the only one that’s green, translucent, and gem quality (lending itself to facet-cutting). Also, Moldavite gets the most amount of love, due to the extraordinary stories associated with people’s experiences of it. I relate my own story of transformation and spontaneous education in my Higher Journeys interview with Alexis Brooks. So I obviously think highly of it.

I didn’t always – for 20 years, due to that experience I relate above – I stayed away from Moldavite. But the interest was so great from my customers, that I had to start carrying it. It’s interesting that I used those 2 decades to really explore everything else. I think what I needed was grounding, before I was ready to work with meteoric stones.

One type of meteorite – the actual thing, not a Tektite (or impactite) consequence of its landing – is the iron meteorite. It’s metal is truly from space, and intact chemically, if not morphologically. There are a number of these: three famous ones are those from Diablo Canyon in the US, Campo del Cielo in Argentina, and Sikhote Alin in Siberia. The latter was the biggest seen strike in modern history (in the 1940’s), flattening forest trees, and distributing fragments all over the area.

I like the iron meteorites because I find them very grounding, not just to the surface of the earth, but in an axis extending from the heavens to the core of the planet. That is a broader perspective (and experience) of grounding than, say, iron Hematite offers. Though Hematite has other merits to recommend it. Here’s a TikTok of mine, in which I discuss such meteorites. I place them in my Root Energy Zone, akin to the Root Chakra, in spite of their cosmic origin.

Libyan Desert Glass is another space stone that’s actually competing with Moldavite for attention, because people think of it as a kinder and gentler version of it. This is my energetic reading of it, from TikTok. In fact, I don’t think of them as peas in a pod, or simply connected on a continuum. They’re qualitatively different. Moldavite is black and green (when light’s shone through it), whereas Libyan Desert Glass (aka LDG) is yellow and readily translucent to milky whitish. I think of Moldavite as The Messenger Stone, associated with my Source Energy Zone (akin to the Crown Chakra). LDG is a Self Stone of sorts – connected to the Solar Plexus – with alien overtones.

Part of the difference might come from the fact that LDG is not a true Tektite. It is 100% earth material – specifically sand from the desert of North Africa, that was melted by an atmospheric blast – as opposed to an actual surface impact.

Another set of “space stones” I want to introduce you to may not even have been the result of meteoric events at all. I’m talking about Saffordite (from Arizona); Agni Manitite or Cintamani Stones from Indonesia; and Colombianite from Colombia. These all have the cratered pockmarks suggesting they’ve been thrown up into the atmosphere, but they also have a grayish translucence and are often layered, which suggests the viscous lava flow of Obsidian far more than the uniform composition of Tektites. Even so, all the above are increasing in market value over time, as people clamor to get their piece of space, and celebrate various alien unions with the earth.

MORE ABOUT THE AUTHOR

Kyle Russell’s been working with Crystals since the Harmonic Convergence in 1987. He’s got a storefront (the Portal Crystal Gallery) in Arlington, MA, and is building his online business around his extensive presence on Social Media (YouTube, Instagram, Facebook, and TikTok…all using the CrystalConcentrics brand). As early as May, 2021, his book: Crystal Energy: Understanding and Working with Crystals for Clarity and Flow” will be coming out on Amazon as an eBook, and also available in an 8.5″ x 8.5″ soft cover coffee table hard-copy. You can reach him anytime, by writing Kyle@CrystalConcentrics.com, and tell him Alexis sent you!

Time Travel? Yes – I Met My FUTURE SELF!

Crystal Concentrics is a proprietary system developed by Kyle Russell, designed to improve human wellbeing, align individuals with their own higher purpose, or Spiritual Self, and ideally heal or process the earthly challenges of mind and body which routinely present themselves in the course of our life cycle.
«Previous Post
The Psychic Cat – Do You Have One?»Next Post
Kathleen Marden – UFO Disclosure in 2021, Sixty Years AFTER The Betty and Barney Hill Abduction Case