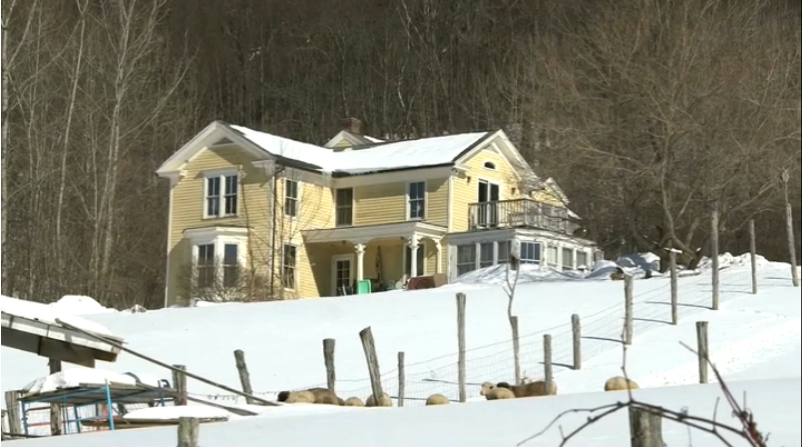 Despite the dozens and dozens of credible accounts that have spilled forth about personal UFO encounters and all of the bizarre twists that tend to come with them, modern society is still loathed to take these stories seriously, never mind sanctify an individual account such that it gets inked in the official annals of history. That is, until a Massachusetts historical society decided to take one man’s account quite seriously and then arrived at a consensus that this UFO account should receive official credence.

The brief story that follows which initially appeared in the Boston Globe on February 23rd of this year, is not unknown to many in the UFO field. In fact in my recent interview with UFO and E.T. contact researcher Mary Rodwell, she speaks of similar encounters (though all of them seem to have a very subjective aspect as told by the experiencers themselves). Features of this story are not unfamiliar to me either. During my talk with Mary, we also discussed the strange case of “Kimberly” a woman now in her early 50’s, whom I personally interviewed, who’s had similar encounters, including inexplicable paranormal phenomena occur in her own home. So as you read the following, whether you’re a well researched UFO buff or someone whose relatively new to the discussion, keep in mind that we may be entering a new era of acceptance – that the reality that we normally experience is but one minute sliver of the entire spectrum. Why should a reality including UFO’s be precluded?

A UFO story lands in a hall of history

By Billy Baker | The Boston Globe

SHEFFIELD — This is how the story goes: It’s 1966, and 6-year-old Thomas Reed is in his bedroom on his family’s horse farm in the Berkshires when the encounters begin.

Strange lights. Strange figures in the hallway. Suddenly, he’s in the woods near his home looking at a UFO. Then he and his younger brother, Matthew, are inside the craft. He’s shown a projection of a willow tree.

The following year, there is another incident at their home on Boardman Street in Sheffield. More strange lights. The sound of doors slamming. Then the boys are back inside the vessel. The next thing Thomas knows, he’s in his driveway being scooped up by his mother, who has been searching frantically for the boys on horseback.

Two years later, the family is driving on Route 7 when they see strange lights in the sky. Their car stalls, and then Thomas and his brother and mother and grandmother find themselves in a giant room. He is brought to meet two strange, ant-like figures, then placed in some sort of cage. Next thing, he’s back near the car.

Reed has told these stories many times, and it has not always gone well. But recently, his tale had found recognition in an unlikely place. The Great Barrington Historical Society & Museum has formally inducted the UFO story.

Once-classified files, which spent most of the past 40 years as microfilm reels, have become more accessible in recent years.

What does that mean? “It means that we believe it is true,” said Debbie Oppermann, the director of the society.

“I know we’re going to get a lot of backlash. We’re going to get hammered,” she said. “But we have given it an awful lot of thought, and, based on the evidence we’ve been given, we believe this is a significant and true event.”

The Reed case already has its own display in the International UFO Museum and Research Center in Roswell, N.M.; now, it’s about to get one in Great Barrington, about 2 miles from where the alleged encounters took place.

What most interests the historical society is the 1969 encounter, because dozens of people in the area reported seeing an unidentified flying object around that time, typically described as a disk-shaped craft performing acrobatic maneuvers in the sky. Many of those eyewitnesses called the local radio station, WSBS, which covered the sightings. (The radio station has provided documentation to the historical society, which interviewed one of those eyewitnesses. They have also examined a polygraph test taken by Thomas Reed.)

Alexis Brooks is the editor-in-chief of Higher Journeys, an award-winning talk show host, #1 best-selling author, and international speaker covering metaphysics, spirituality and personal transformation. Her work explores consciousness, human potential, and the deeper characteristics of reality from a transcendental perspective and her approach to these subjects have been described by many as “clear and easy to understand” in covering an otherwise complex and esoteric subject matter. Alexis' mantra: If you dare explore the mystery, Universe will more than meet you half way!
«Previous Post
EMF Assault and How To Mitigate the Risks»Next Post
Restructure Water with the Sun