Restructure Water with the Sun 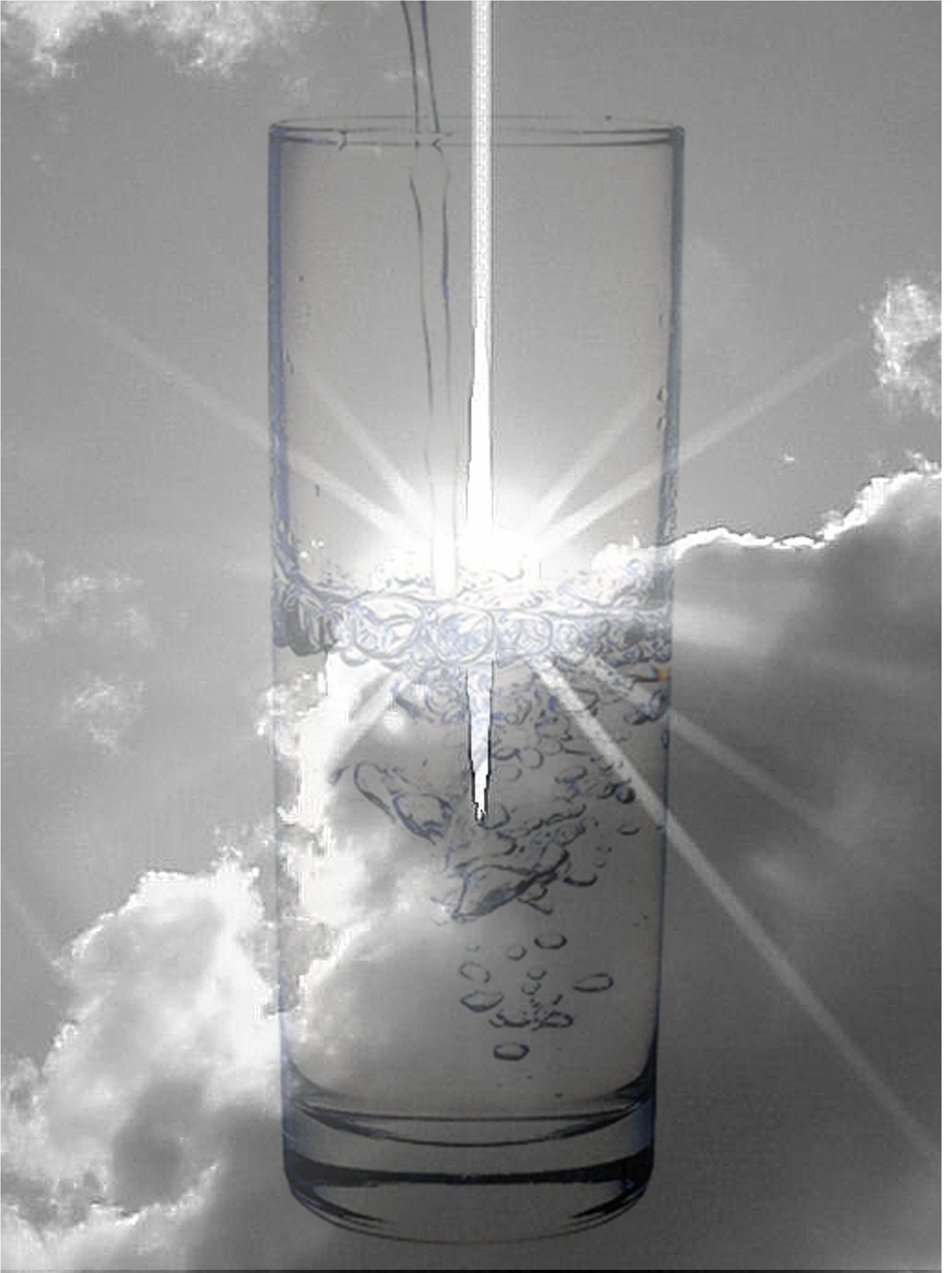 Can sound affect the quality of your drinking water and you?

We all know that water is the elixir of life, the very essence of life itself.  But when one contemplates this essence, that which makes up over 70 percent of our bodies, do we know how pure (or not) our drinking water is?

The sad truth is that the water that we take in daily, be it tap or bottled leaves a lot to be desired.  In fact many claim that our drinking water sources are virtually “dead,” thereby not giving us the nutrients we need for optimal health.

During my interview with ecologist and scientist David Sereda, we spoke of some amazing breakthroughs in water technologies utilizing the sound of the sun as a prime energetic source for restructuring our water.

As they say, “the proof is in the pudding,” or in this case the water.   I tried this method for myself; re-structuring water with, yes, the sound of the sun.  I even came up with a rather rudimentary but effective way to test the structural changes in the water quality and the results are nothing less than astonishing!

Second – After burning to CD, I played the sound on my stereo system with strong speakers. Make sure you use a decent speaker system, not computer speakers – the more powerful the speakers, the better.

I then placed a glass (not plastic) of ordinary tap water in front of the speaker and played the sound for a minimum of two rounds (my version is about a minute long).

Crank up the speakers as loud as possible so that the water will obtain the sound vibration.  NOTE – YOU may also gain benefit from standing in front of the speakers as well.  I’ve found that it produces a rather relaxing and harmonizing effect for me!

Lastly – Drink the water immediately!  It is still unknown as to how long the water will hold the “charge.”  David told me that he even restructures his smoothies with great benefit.  Essentially, anything that has water content can potentially benefit from this incredibly harmonizing sound.

I wanted to see for myself if the sun’s sound vibration was somehow structurally changing the water.  I tried the following- you can give this a go as well:

-Take a glass of ordinary tap water and place it on a table.

-Place a pendulum (any string or chain that is weighted at the bottom with either a crystal or metal object will do. I used a copper weighted pendulum) over the glass, keeping your hand as still as possible and allow the pendulum to establish a movement, either clockwise, counterclockwise, or oscillation. This is a process called “dowsing”

-Allow 30 seconds or so for the pendulum to move on its own (keep in mind that it is strongly believed that it is our own natural internal mechanism that is establishing a resonance with that which you are seeking and thus causing the movement, rather than the pendulum, in and of itself).

-Once a movement is established (mine was about a 10 degree oscillation), allow it to settle into this movement (about a minute) to be sure that this is a definitive motion.

-Now place your water in front of your speaker source and play the sound of the sun recording at least two cycles (of approx 1:05 each). If your recording is longer, let it play through completely although just a couple of minutes will do.

-Once the sound recording has finished, move the glass of water back on the table and repeat the dowsing process.

-You should notice a distinct difference in the movement of the pendulum from the initial test prior to exposing the water to the sun sound. I stress should because I have only tried this experiment on my own and know of no one else who has done this exact process.

What’s more, I tried this experiment on five different occasions and got the exact same results!  This indicated to me that some change in water quality was taking place after I exposed it to the sound of the sun!  I was astonished!

Additionally, I have noticed a drastic improvement with my house plants that live in the room where I play the sun sound on a daily basis. According to Clemson University, water typically comprises up to 95 percent of the mass of growing plant tissues, therefore it is no surprise to me that this amazing harmonic sound would positively affect growing plants in the same way it seemingly has the ability to restructure water.

Since being utterly convinced of the incredible harmonic energies that the sound of the sun emits, I’ve used this method for watering and fertilizing my vegetable garden!  I’ve noticed a marked improvement in the health of my plants and yield of my tomatoes, cucumbers and squash!  I’ve used this sun sound to charge crystals for meditation and have also used a sun-sound charged crystal massage wand for use in reflexology for my feet, all with great results!

The possibilities for use of this harmonious energy source just may be endless.

I encourage you to experiment on your own.  Exercise discernment and of course intuition to connect to this wonderful source to see how it may benefit you.

Alexis Brooks is the editor-in-chief of Higher Journeys, an award-winning talk show host, #1 best-selling author, and international speaker covering metaphysics, spirituality and personal transformation. Her work explores consciousness, human potential, and the deeper characteristics of reality from a transcendental perspective and her approach to these subjects have been described by many as “clear and easy to understand” in covering an otherwise complex and esoteric subject matter. Alexis' mantra: If you dare explore the mystery, Universe will more than meet you half way!
«Previous Post
Finally – A UFO Story Gets Proper Credit»Next Post
Near Death Experiences Come to Life