Extrasensory Perception in the News! But Did You Know It?

The following article is less about the experiments that one professor performed to determine the likelihood, or not, of extrasensory perception (ESP) and more about the vehement denial on the part of institutional science to recognize that such a phenomenon could even exist.

But first – a question. What were you following in the news during 2011? Perchance was it the onslaught of tragedies, turpitude, and trivial pursuits that routinely do so well at distracting us from the real paradigm shifting topics? I’m sure you were closely following the unfortunate shooting of Congresswoman Gabrielle Giffords in Arizona, or the reported killing of Osama Bin Laden in a top secret raid, or maybe you were keen to follow the news about the sex scandal of Dominique Strauss-Kahn, or the over the top fairy tail wedding of William and Kate. But did you know that in  2011 a prestigious scientific journal published the findings of one Professor Daryl Bem from Cornell University on the possible reality of ESP?

Time magazine covered it. And so did ABC, CBS, and NPR along with many other mainstream outlets, albeit with a substantial pinch of tongue and cheek. That said, whether you were aware of this significant milestone or not, the conversation about the validity of ESP continues and so does the skepticism about it. 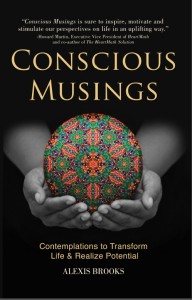 In my book Conscious Musings, I briefly address why this mass obsession with denial of what some deem as paranormal or supernatural continues until this day, and why we insist on using such terms to describe something that may just be fundamental to the underpinning of reality itself. In it, I say, “I’ve always expressed bewilderment over individuals who exert pride over their skepticism about such matters as the paranormal, supernatural and psychic. In fact I find it rather sad, but amusing to see how tenacious people can be about their fiercely defended material reality – thinking somehow that if they were to let their guard down (in effect, open their minds) they would be irrevocably weakened.”

This attitude is what stood out for me more than the actual news that Professor Bem’s findings had been published in such a prestigious journal.

Fortunately there are some proponents of the ESP hypothesis who also occupy the space of institutional science. Perhaps it will be their vehemence on such subjects that will finally push us past the focus on old headlines and usher in the real new(s)!

The Journal of Personality and Social Psychology plans to print “Feeling The Future”, by Professor Daryl Bem later this year, which presents what he claims is strong evidence for extrasensory perception (ESP).

Prof Bem, of Cornell University, New York, said the results of nine experiments he had carried out on students over the past decade suggested humans could accurately predict random events.

His peer-reviewed work was described as “pure craziness” and “an embarrassment for the entire field” by scientists who allege it has serious flaws and that ESP is a myth.

Remarkably, Prof Bem told a student newspaper, analysis of the students’ brains suggested they made their choices “about 2-3 seconds prior to the appearance of the picture”.

In another experiment, students received a surprise memory test after reading a list of 48 nouns. They were then given a random selection of 24 of the nouns, and told to memorise and retype them.

When Prof Bem examined their answers to the first, surprise, test, he found students tended to “remember” words they had later been given at random and deliberately memorised.

“The results show that practicing a set of words after the recall test does, in fact, reach back in time to facilitate the recall of those words,” his paper concluded.

Charles Judd, the editor of the journal, defended the publication of the study, which he said had been reviewed by four “very trusted people”.

But Prof Ray Hyman, of the University of Oregon, a long-time critic of ESP research, told the New York Times: “It’s craziness, pure craziness. I think it’s just an embarrassment for the entire field.” Others, including Eric-Jan Wagermakers, of the University of Amsterdam, said it highlighted wider problems with the field of academic literature and the scientific method.

Dr Wagermakers, who co-wrote a rebuttal of Prof Bem’s paper for the same journal, said eye-catching and controversial findings were disproportionately likely to be published and “should undergo more scrutiny”.

But on her blog Prof Melissa Burkley, of Oklahoma State University, said: “As good scientists, we shouldn’t let out preconceived beliefs and biases influence what we study, even if these preconceived beliefs reflect our basic assumptions about how time and space work.” Prof Dem is unrepentant. “The odds against the possibility that the combined results are merely chance coincidences or statistical flukes are about 74 billion to 1,” he said.

Alexis Brooks is the editor-in-chief of Higher Journeys, an award-winning talk show host, #1 best-selling author, and international speaker covering metaphysics, spirituality and personal transformation. Her work explores consciousness, human potential, and the deeper characteristics of reality from a transcendental perspective and her approach to these subjects have been described by many as “clear and easy to understand” in covering an otherwise complex and esoteric subject matter. Alexis' mantra: If you dare explore the mystery, Universe will more than meet you half way!
«Previous Post
The Non-Human Influence on Humanity with Rosemary Ellen Guiley and Sean Stone»Next Post
After Death Communication – Fact or Fantasy?