Einstein’s Brain and the Real Source of Genius

In the years since Albert Einstein’s death in 1955, his brain and its seemed ultra sophisticated functioning has been a subject of arduous research in scientific circles. From articles about the strangeness of how Einstein’s brain was acquired and probed, to the “clues” scientists have discovered upon examination, the source of his genius continues to mystify and fascinate. The article below describes how a study of his brain has yielded some of these curious clues. However, some argue that the source of his genius may not have lived in his brain, but rather in the higher consciousness for which he regularly tapped. Though his brain may have shown signs of extraordinary reception, perhaps it (as with all brains) was acting as an antennae or conduit, with an exceptional ability to process information that was coming from “somewhere” else.

Although it is said that some of his strongest influencers included Sir Isaac Newton and James Clerk Maxwell, Einstein was also enamored by the spiritual philosophy of people like Mahatma Gandhi. It should also be noted that Newton, whereby considered by many to be “the father” of classical physics, was also fascinated with what may be called the higher or intuitive mind and is said to have traversed these lesser known vistas to glean knowledge on a regular basis.

In my recent interview with the author of Spiritual Telepathy Colleen Mauro, we spent a few minutes discussing the source of Einstein’s genius. According to Colleen, Einstein’s brain was not where the “genius” originated.

Listen to the clip

Called the “embodiment of pure intellect,” Albert Einstein has long been considered one of the most brilliant men who ever lived. During his life and since his death, people everywhere have wondered how one man could have possessed such genius.

Now, scientists may have uncovered a clue within the physicist’s unusual brain.

According to a new study led by Florida State University evolutionary anthropologist Dean Falk, “portions of Einstein’s brain have been found to be unlike those of most people and could be related to his extraordinary cognitive abilities.”

“Certain things are normal,” Falk told The Huffington Post in a phone interview. “Brain size is normal. Overall shape is asymmetrical, and that is normal. What is unusual is the complexity and convolution in the various parts of the brain.”

According to a written statement issued by the university, the study, published Nov. 16 in the journal “Brain,” reveals the description of Einstein’s entire cerebral cortex. To do this, Falk and her colleagues examined 14 recently uncovered photographs of Einstein’s brain — photos that, Falk said, were difficult to obtain.

When Einstein died in 1955, his brain was removed by Thomas Harvey, a doctor at the hospital where the physicist died, NPR notes. It is likely that Harvey never got permission to remove the brain, but as author Brian Burrell writes in “Postcards from the Brain Museum,” the doctor got a posthumous stamp of approval from Einstein’s son.

Harvey had said that he intended to study the brain, or at the very least, to find other scientists to do so — something that was never satisfactorily achieved in the doctor’s lifetime.

Still, scientists are now able to study Einstein’s brain thanks to a number of photos and specimen slides that Harvey had prepared of the organ. The brain, which was photographed from multiple angles, also has been sectioned into 240 blocks from which histological slides were made.

As the FSU statement notes, most of the photographs, blocks and slides were lost from public sight for more than 55 years; fortunately, a number of them have been recently rediscovered and some can now be found at the National Museum of Health and Medicine.

It was with a few of these images, 14 to be exact, that Falk and her colleagues were able to take a closer look at Einstein’s brain.

What they discovered was astonishing.

“Although the overall size and asymmetrical shape of Einstein’s brain were normal, the prefrontal, somatosensory, primary motor, parietal, temporal and occipital cortices were extraordinary,” said Falk, who compared the organ to 85 other human brains already described in the scientific literature. “These may have provided the neurological underpinnings for some of his visuospatial and mathematical abilities.” 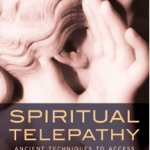 Listen to my full interview with Colleen Mauro, Founder of Intuition Magazine and author of Spiritual Telepathy

Alexis Brooks is the editor-in-chief of Higher Journeys, an award-winning talk show host, #1 best-selling author, and international speaker covering metaphysics, spirituality and personal transformation. Her work explores consciousness, human potential, and the deeper characteristics of reality from a transcendental perspective and her approach to these subjects have been described by many as “clear and easy to understand” in covering an otherwise complex and esoteric subject matter. Alexis' mantra: If you dare explore the mystery, Universe will more than meet you half way!
«Previous Post
Heal Thyself – With Peppermint!»Next Post
Great Decisions, Perfect Timing & the Intuitive Way with Paul O’Brien