Conscious A.I. and the March Toward Synthetic Humanity – Has This Gone TOO Far? 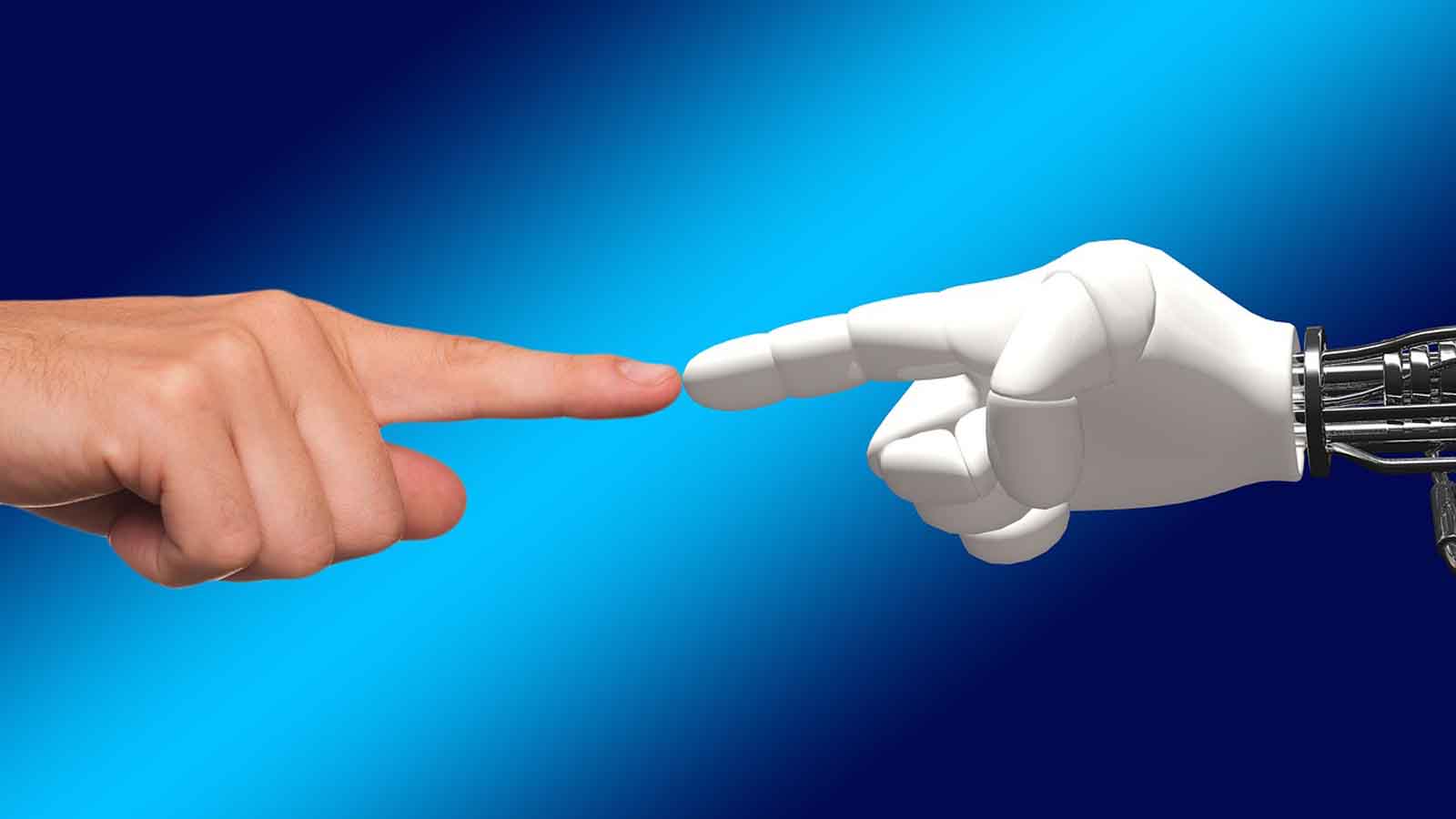 If you think the human-like capacity of artificial intelligence (A.I.) has increased over the years, you are correct. There’s no doubt, as robotic technology grows each year, so does our interaction with them.

Millions now consider Alexa a welcome member of the household and Siri your very own virtual personal assistant, just waiting at your beckon call – that is, until it goes too far.

Here are two deeply disturbing examples in which this was clearly the case!

In a recent phone conversation with Robyn McClendon a fellow researcher and friend, she shared two bizarre accounts with me about how the “voice” in two separate devices clearly stepped over the line. 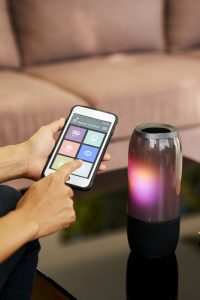 The first is a shorter account – one having to do with a well known smart speaker (brand name withheld for obvious reasons).

Robyn’s son had been asking the device to play one of his favorite “Tupac” songs. Every morning for weeks, he’d make the clear request to hear this particular song and every time he’d make the request, for whatever reason, it was unable to find the song. That’s another curious matter entirely however, here’s what happened…

Observing her son’s frustration about repeated requests turning up empty on his “smart” speaker, day-after-day, Robyn finally joked, “Wow, you play that song all the time and for ‘her’ not to remember it, seems like you need to fire her!”

Though I’m sure this clear invasion of supposed private conversation between two individuals in their kitchen is not an isolated event…to say the least, it is one blatant illustration as to how “smart” these A.I. have become in a relatively short period of time.

I think we all can agree that we’ve graduated beyond the mere convenience of interaction with our A.I. friends to get the latest weather report or ask to have a song’s volume turned up or muted. In fact, more people are starting to report bizarre interactions with their devices, TV’s and even GPS systems.

The second example Robyn shared with me is even more shocking and calls into question not only how smart A.I. has become, but to what extent they’ve morphed into what seems to be Human-A.I. hybrids.

The following is her recalled account, word for word as to what she and her daughter both heard while taking a short day trip in August of 2021 in their home state of Arizona while in their car, using the map app on her smartphone.

“I was driving to a destination on the east valley (I live on the west valley). Where we were headed is approximately 30 miles from where I live. So I programmed in maps and connected to the speaker in my car via bluetooth, so you can hear very clearly. You can hear every little nuance of the directions. So the voice that’s in the map app began to give the directions as normal – nothing was abnormal about the directions that I was being given.”

“I was getting close to my destination and I’m on the side of the valley that I don’t know all of the turns that I should be making very well, so you know, that’s when you really listen clear – you listen for everything, like ‘get to the right’ or ‘exit on 89a in 3/4 of a mile,’ that kind of thing. So, she [the AI voice] says, get in your far right lane to exit number (whatever it was, I don’t recall the exit number) that was coming up, and to exit in 1/2 mile. So as I’m getting closer to the exit, she says, ‘exit next on to Williamsfield Road,’ so that was a complete change in instructions because I could see it on the written part of the app. So she says [and this is where it gets REALLY weird], ‘Exit next…uh, uh…Sorry!’ [She then starts again] ‘Exit next Williamsfield Road.’ So she starts off by saying exit next and then she stumbled – or stuttered. Clearly a stutter!”

“There’s a moment…she stuttered and said ‘Sorry.’ Then she stopped. Because both me and my daughter looked at each other immediately and we said, ‘Did you hear that?’ So we both are confirming that we just heard her stutter and say ‘sorry.’”

“What was interesting is that she hesitated and listened for our response before she then gave us full directions without stuttering.”

“So there was that pause – because when she stuttered and said, [and to emphasize] she immediately said, ‘Sorry!’ That is what got us.”

“In that period of time when we said, ‘Did you just hear that…’ she [the voice] stopped. She didn’t repeat the directions until after we had reacted, so maybe a couple of seconds [she paused]. And then she proceeds with ‘exit left.’”

“I have no doubt that she was observing our response. She definitely was observing it because first of all, I never in the history of me ever listening to directions ever heard the voice stumble or say ‘sorry.’ It was like she recognized her mistake. Like she didn’t speak clearly, she hesitated and stuttered the directions, like she was getting ready to say the name of the street wrong – like we do as humans!”

“It sounded to me as if she almost just coughed – almost like when you get a tickle in your throat while you’re talking and you don’t get it all the way out  – and so you say, ‘sorry.’ But either way, it was perceptible – the stutter or the stop or the break in her sentence.”

When I asked Robyn if this was the first time she’d experienced a strange glitch in the GPS “voice” or similar incidents, here’s what she said.

“On two to three other occasions, same thing – using the map and getting directions…the voice will come on but then there will be a clear change in the voice. The tone will get deeper. The enunciation will change. I’ve even said to my daughter, ‘It’s almost like somebody has one A.I. doing one shift, and another one then picks up the shift. There’s two clearly different A.I.’s in the space of giving directions.”

“I’ve always assumed that this was A.I., and I still honestly believe that it is A.I., but not so much a real human monitoring it, but it’s as if it picks up the way humans do monitor or maybe some of that has been in the program that A.I. has been able to pick up because there has been monitoring of our computers, our televisions, etc. that they’ve been able to adopt this more human-like ability.”

In my recent interview with alternative researcher and inventor David Adair he explained that this robotic technology is way beyond just being programmed with commands by brainiac computer nerds, these A.I. have become expert at watching us in order to eventually become human!

He went on to say…

“A.I. is one of the chief things we need to be paying attention to right now. This is a serious situation, literally infiltrating our system.”

So here’s the takeaway. Be aware and be careful not to be their unwitting teachers! If we do, this will definitely be a train out of control with no signs of ever heading back to the (work) station!

Alexis Brooks is the editor-in-chief of Higher Journeys, an award-winning talk show host, #1 best-selling author, and international speaker covering metaphysics, spirituality and personal transformation. Her work explores consciousness, human potential, and the deeper characteristics of reality from a transcendental perspective and her approach to these subjects have been described by many as “clear and easy to understand” in covering an otherwise complex and esoteric subject matter. Alexis' mantra: If you dare explore the mystery, Universe will more than meet you half way!
«Previous Post
Covid-19 is a Symbol of a Much Deeper Infection – The Wetiko Mind-Virus»Next Post
David Adair – Conscious A.I. – Have We Gone TOO Far?