The Last Avatar…And Beyond with Sharron Rose

There are many Hollywood films that are brilliant at drawing the viewer in to the depths of emotion.

Whether it’s laughter, tears, or the grips of fear, Hollywood has made it their business to use emotion to get our attention and keep it there, if only for an hour or two. But there are some films that have a lasting impression; whose message is powerful and authentic enough to stay with us for many years to come. The Last Avatar is one such film. In my interview with Sharron Rose,  the producer of this epic adventure, we discussed all of the implications that this film brought to light. Even the darkness that has cast a shadow over mankind for millennia. But The LAST Avatar was simply the FIRST subject we covered – a powerful springboard of sorts – that launched us into a range of extraordinary and fascinating terrain and a path that Sharron knows so very well.

Here’s what we discussed in this incredible episode:

Relevant Links from this episode with Sharron Rose:

The work of Dr. Joe Dispenza 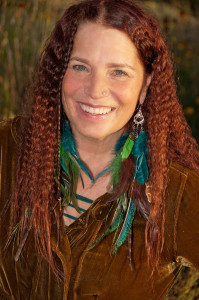 Sharron Rose, M.A. Ed., is a true renaissance woman. A filmmaker, choreographer, composer, author, teacher and healer, she has spent the past thirty five years working in the fields of education and the arts to investigate, integrate, and impart the knowledge and wisdom of ancient and traditional cultures throughout the world. Throughout the years she has  learned to transit the worlds of art, spirit and commerce in a unique and compelling way.

From 1983-1988, with the assistance of a Professional Development Grant from the American Institute of Indian Studies, and a Fulbright Senior Research Fellowship, she began extensive research into the art, culture and spiritual traditions of North India. During this time she became the first American disciple of early Bollywood film star, tantrika and renowned classical Indian dancer, Sitara Devi and was initiated into a secret/ sacred tradition of the ancient feminine yogic arts. Since that time, she has consistently sought out other remnants of these rich symbolic teachings in the ancient traditions of Egypt, Tibetan Tantra, Dzogchen, Kabbalah and Gnosticism. She has also trained in the healing arts of Cranio-sacral Therapy and the Psychophysical Method of Neuro-sensory Re-education.

Sharron is the author of the award-winning book, The Path of the Priestess: A Guidebook for Awakening the Divine Feminine (Inner Traditions). She is also the director/composer of the world music and dance performance project, Shakti’s Bliss, a celebration the many aspects of the Divine Feminine. From her many years as both scholar and practitioner in these ancient ritual arts, she brings a unique perspective on the power and potential of integrating mind, body and spirit.  In addition, she is the owner of Shasta Style, for we she has created beautiful Shamanic feather earrings as seen in The Last Avatar.  For more information: www.thelastavatarmovie.com, www.sacredmysteries.com, www.shastastyle.com

“Sharron’s techniques for working with Tantra are both practical and powerful. Her knowledge of the Goddess is deep-felt and genuine; her manner sincere. Her poetic Goddess imagery filled me with positive feelings about my spirituality and myself. Listening to her opens doors in your mind, and you wind up understanding more about yourself than when you started.” – Sage Woman Magazine

” Dancer, artist, philosopher, and spiritual adept, Sharron Rose is of the lineage of those bold and luminous women who take the journey to the Goddess wherever and to whomever it may lead. Her research is impeccable, her ability to translate the ancient themes into expressive forms is unmatched, and her many years of extensive work in ancient traditions of dance, ritual, drama and song is unique in our time.” – Dr. Jean Houston, Senior Consultant to the United Nations on Human Development, Author, The Passion of Isis and Osiris

“Sharron is a most expressive dancer with great storytelling talent. She brings to her work an ability to involve the audience in the inner beauty of the movement and in the revelations of the spirit.”

Visit Sacred Mysteries to learn more about Sharron and her incredible work.

Alexis Brooks is the editor-in-chief of Higher Journeys, an award-winning talk show host, #1 best-selling author, and international speaker covering metaphysics, spirituality and personal transformation. Her work explores consciousness, human potential, and the deeper characteristics of reality from a transcendental perspective and her approach to these subjects have been described by many as “clear and easy to understand” in covering an otherwise complex and esoteric subject matter. Alexis' mantra: If you dare explore the mystery, Universe will more than meet you half way!
«Previous Post
The Many Dimensions of Meditation»Next Post
Calling Earth – Glimpses of the Afterlife