Synchronicity or Telepathy – Is it One or Both?

Most of us have had this happen.

You’re thinking of someone you haven’t seen or spoken to for quite sometime, and then…

Ring, ring (or these days text).

And there they are.

Invariably you say, “OMG, I was just thinking about you!”

You both have a chuckle about it and move on to whatever it is you’re going to gab about.

This recently happened to me – for the umpteenth time! But no matter how often it happens, I still never cease to be amazed!

I’d been thinking of an old college friend whom I’ve been in touch with in recent years. I’d called her on Christmas Eve to wish her a happy holiday and also to brag about the warm 70 degree weather we’d been having here in the Boston area. (She lives in Atlanta and loves to talk about how I won’t be seeing her until spring comes to these parts due to the frigid winter temps). I’d literally thought to myself, “Hmm Fran never called me back. That’s not like her. I wonder if she got the message?”

Not more than 2 minutes later – cell phone rings. It’s Fran. Of course you know what my response was when I picked up the phone. “OMG, I was just thinking about you!”

She of course chuckled, not thinking too much about it. Then we went on to have a brief but pleasant phone visit, but not before I could emphasize how synchronistic the incident was.

Now many of you know that I am a huge proponent of recognizing synchronicity and in some cases using it as a universal guidepost when necessary. But on this occasion I had to ask myself, “What is this phenomenon exactly? Are we talking synchronicity as we understand it to be or might this truly be a case of telepathy?”

First let’s have a look at these two terms respectively: 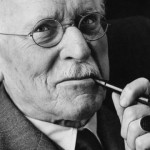 Telepathy, which is an aspect of the phenomenon known as extra sensory perception (ESP) is the ability to connect with another individual or individuals via a mental thought, non-locally.

There have been both proponents and opponents of the idea that telepathy is in fact a directed mind-to-mind communication. Some posit that the process of telepathy is more accurately a frequency band that two or more people arbitrarily occupy causing thoughts to coincide and eventually connect.

Regardless of how the phenomenon occurs, it clearly falls into the category of some aspect of ESP. Much like synchronicity, telepathy entails the coinciding of two or more events or incidents (thoughts or ideas) that result in one fluid result, that often being a connection that is made from one mind to another.

Those who’ve really delved deep into the idea of telepathy as a potential form of communication feel that at some point we humans will have the ability to initiate a telepathic connection and use it on-demand rather than it being a one-off arbitrary anomaly.

In my book Conscious Musings, I hypothesize about ESP becoming a more common aspect of modern life as explained by a fictitious character in the book who lives in a New World that includes both telepathy and telekinesis as aspects to everyday living.

Here’s a snippet from the book:

Speaking in a dream to his late mother, he explains as she marvels about his new found abilities to move things with his mind. The mother reacts…

‘How did you move that [porcelain figurine]? That’s impossible!’

‘I smiled at her playfully. Of course she wouldn’t know. She lived in the old world.’

I told her that everyone can do this now. ‘They call it telekinesis. It’s a new technology we have. It makes things a lot easier to maneuver. It was discovered a few years ago and now everyone uses it.’

Now in the book the character explains the “newness” of the technology. Keep in mind that new only implies that it’s become a definitive and useable tool integrated into mainstream living. The concept of telepathy or more broadly ESP has been studied at great length for many years.

The idea that a particular thought (often a question) can evoke a response out of the clear blue sky in relative short-order, is indeed synchronistic, based on the fact that the experiencer deems the act meaningful from a subjective point of view.

But in pondering the actual process of how an incident like the one mentioned at the open of this piece is produced, I think it’s fair to say we are dealing with a preponderance of still uncharted territory. Call it synchronistic. Call it telepathic. Heck, call it dumb luck. But no matter the labels you choose, call it marvelous!

Speaking of calls, after I told Fran that I’d left her a Christmas Eve voicemail, she exclaimed, “I never got your message.”

So much for technology in the Old World!

Alexis Brooks is the editor-in-chief of Higher Journeys, an award-winning talk show host, #1 best-selling author, and international speaker covering metaphysics, spirituality and personal transformation. Her work explores consciousness, human potential, and the deeper characteristics of reality from a transcendental perspective and her approach to these subjects have been described by many as “clear and easy to understand” in covering an otherwise complex and esoteric subject matter. Alexis' mantra: If you dare explore the mystery, Universe will more than meet you half way!
«Previous Post
Can Meditation Take You to Alternate Realities?»Next Post
Color Me Healthy – The Many Benefits of Color Therapy