Try This Surefire Method for Decoding Your Dreams 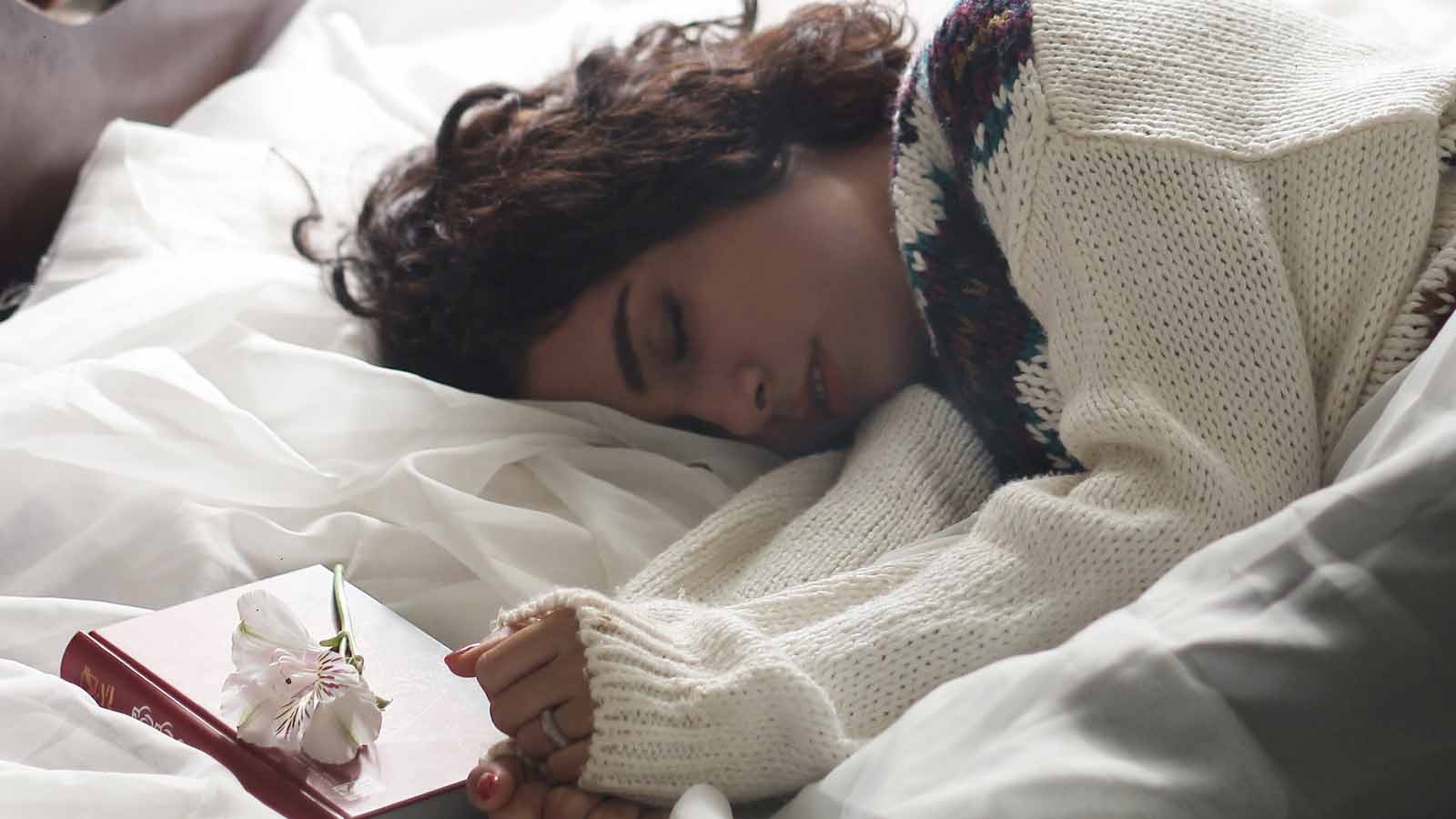 Learn how to improve dream recall with this one simple process…

The dreamscape has long been considered an elusive and precarious terrain, almost impossible to interpret, or so it would seem.  And yet there are many who rely faithfully on their dreams as a source of guidance – much like the many indigenous cultures who have for thousands of years sought out the wisdom of shamans to glean messages from the non-physical realm.

The non-physical it has been said, is a very real though subtle, mysterious dimension.  Some call it the imaginal realm, an actual reality, but without the density and perceived separation that we experience with our senses while in the waking state.

Despite its vague signature, many in modern culture find something very tantalizing about the prospect of dreams as an all-wise oracle – beholding profound knowledge and wisdom, about the past, present, and future – that which we experience as our linear time/space framework.

We’ve heard many times, stories of individuals who actively utilized the dreamscape as a tool to solve problems, discover historical breakthroughs, or create complex artistic compositions.  In some cases, dreams were even used as a means by which to save lives.  I highlight one such story in my book Conscious Musings, about how African American abolitionist and humanitarian Harriet Tubman obtained critical knowledge in the dream state in order to free hundreds of slaves, using methods and training herself to understand the metaphors that were encoded in her dreams!

Despite the impressive anecdotes that have persisted throughout history, many are still at a loss for how the utilization of dreams can be practically used for self improvement and overall well being.

First it starts with our ability to recall dreams

Because of the elusive nature of dreams and its persistent non-conformity to a linear cause and effect process, dreams can be a difficult dragon to slay.  But before one can even attempt to distill the meaning of any given dream, one must be able to recall as much of the content of a dream scenario to begin this process.

How is this done?

Some people do have a predisposition for remembering their dreams, while others swear they don’t dream at all.  Despite this adamancy of being a non-dreamer, it has been well documented that most people over the age of ten dream an average of four to six times per night.  So the question becomes, “Why can’t I remember?”

This is a loaded question to say the least.  And there are probably as many answers as there are people who ask the question.  One clue may lie in our habit of being tethered to a fixed reality with little wiggle room for any type of departure from our normal waking life.  But that’s another story entirely…

In an attempt to reconcile this persistent quest to reveal a dream’s significance, there have been a multitude of approaches to help people recall their dreams.  Among them is the process of dream journaling.  But if you can’t recall the dream to begin with, how would this process be of help?

I once had a fascinating conversation during an interview with well known dream researcher Henry Reed to discuss this and other advice having to do with the dreamscape and how to interpret its messages.  During our conversation, he shared a very insightful and yet very easy process that can be used to help trigger recall.

Honor the process of dreaming and the dream will serve you well.

Regardless of what little fragment you remember from your dream, you can incubate your dreams by honoring its legitimacy whereby acknowledging just one tiny piece of recalled information.  For instance, if you were to dream something and all you remember is a color that was prominent in the dream, say red – you could wear the color red the following day.  Or if your dream included a scene where you were eating chicken, you would honor the dream by preparing chicken for dinner the following evening.

You can take literally any little fragment of the dream that you do remember, no matter how mundane,  and commit to acknowledging its reality by playing it out in waking life.  Why is this so important?  Reed says that by doing this process, you not only trigger a potential stream of recall of the bigger message coming from that particular dream in which you remembered, but you can also prime yourself for a habit of future dream recall.

Imagine, you could take any one tiny fragment of dream memory and acknowledge its presence by playing it out in the waking state and in effect unlock a virtual stream of consciousness!

Several years ago, I recall having a conversation with someone who was having persistent dreams of sea life, particularly of dolphins and whales.  In one peculiar interaction, she’d been talking to a whale while swimming in the sea.  She recalled that it was a vivid and important conversation, and yet she could not remember the essence of the message that was conveyed to her from her whale companion.  I then recommended that she take the time and go out on a whale watch day trip (here in New England whale watches are readily available to the public).  I then told her to find a private place on the boat where she could re-connect with this image of the whale, and when she spotted a whale (any whale), simply state out loud, “I see you and I hear you.  Now, what is it that you want to tell me?”   This simple process of acknowledging and honoring the dream image by taking an action of any kind can indeed trigger greater recall and ultimately lead one down the path of knowledge and resolution.  A powerful yet simple concept!

But one need not go out on a day excursion at sea to get the bigger message.

Here are some additional suggestions:

In the case of dreaming of a conversation with a whale or dolphin.  If you cannot get yourself to the nearest commercial whale watch, you can simply find an image of a whale or dolphin, either in a magazine or on your computer and communicate the same message: “I see you and I hear you.  Now, what is it that you want to tell me?”

Let’s say you dream of a prominent color or simply recall a series of colors in your dream, you can write down the colors by name on a piece of paper or even speak them out loud.  This, by the way, you can do with any image that remains in your  mind from a dream.  As intuitive expert Sonia Choquette has said, “When you name it you claim it!”  And by acknowledging this process by playing it out in the 3D realm, you are bringing the non-physical closer to the physical where the message can be gleaned and understood!

We must consider that when you commit to acknowledging your dreams, you are making a decision to mirror a very real, though malleable dimension.  Although this dimension is less tangible than what you are typically accustomed to in waking life,  it still carries consciousness.

By validating that reality, you are inviting its reality from the dreamscape into your life in a more concrete way.  By honoring this process you set up the likelihood of a stream of recall about the particular dream of which you committed to acknowledging, and then you open up a gateway and a means by which to understand the language of the Universe.  Despite how foreign this language may seem, you become innately connected to it and can then recall how to speak in its “tongue.”  And that’s what a little process called dream play out can elicit!  Powerful!

By committing to take every little piece of the remembered dream seriously, no matter how mundane it may seem, and mimicking the scene, whether it’s wearing red, or eating chicken,  just the simple act of playing it out, tells the dreamscape (aka, The Universe, God, All That Is, et al) that you see it and thus it will see you and now – that message that you’ve been longing for is primed to manifest!

Keep these ideas in mind…

It is important and essential to engage your dreams.

Dreams are a gateway into intuition.

Edgar Cayce said, “Everyone can benefit from working with their dreams.”

Dreaming is a normal and necessary human ability.

Dreams have a purpose – align yourself with the purpose of dreaming and it will align with your purpose!

How to Harness Your Psychic Abilities

Alexis Brooks is the editor-in-chief of Higher Journeys, an award-winning talk show host, #1 best-selling author, and international speaker covering metaphysics, spirituality and personal transformation. Her work explores consciousness, human potential, and the deeper characteristics of reality from a transcendental perspective and her approach to these subjects have been described by many as “clear and easy to understand” in covering an otherwise complex and esoteric subject matter. Alexis' mantra: If you dare explore the mystery, Universe will more than meet you half way!
«Previous Post
Consciousness Explained. Can it Be Done?»Next Post
Wetiko! Does This Explain What’s Happening in the World? (Video + Transcript)