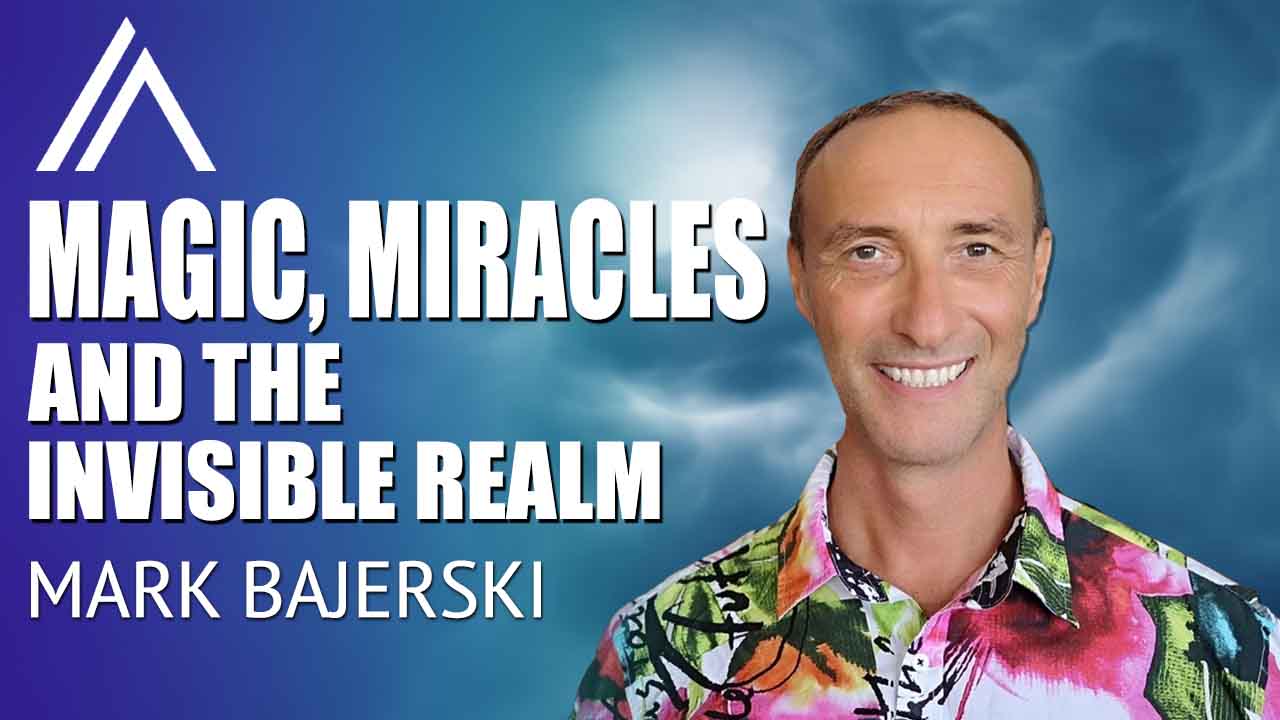 “This is one of the most profound things that ever happened to me!” – Mark Bajerski

During my recent chat with spiritual teacher and energy healer Mark Bajerski, we’d been trudging down the rabbit hole pretty deep I thought, until he went even deeper by sharing a story about a bizarre incident that happened to him roughly 12 years ago.  As he shared the encounter with me, I could feel his sense of bemusement, as if he were re-living the experience.

After receiving a call from a man requesting an energy healing session at 8am, and agreeing to do it at that time, despite his strict policy that he would not take any clients until getting both his physical and emotional space ready typically not taking appointments until 10, after hanging up, Mark wondered, “why did I say yes?” For some reason, he said he’d do it but didn’t know what prompted him to consent.

Here’s what happened next…

In this village [where the space is located] nobody gets up ’til 9am. It’s very lazy. …I’m on the street, opening my shop and I turn around to see this man: beautiful, beautiful man, very tall about six foot two or three. Beautiful messy blond hair like he hasn’t even combed it, but looked amazingly good looking. Blue eyes. …And I said, ‘are you my next client?’ He said, ‘I think so.’ So we went upstairs.

What follows was one of the most bizarre experiences Mark Bajerski has had in his years of work doing energy healing.

As he prepared to begin his work by attuning to the energy of his client, something quite odd happened…

As I’m feeling his energy, I’m like, ‘Ok, I don’t feel anything. Ok, I’ll start again.’ So I start again…[as I] tried again – nothing! I felt nothing! It was really strange and I looked at him and said [flustered at this point] ‘I’m not getting anything.’ And I kid you not, I looked at that man’s eyes when I started and they were blue, and when I looked at them again, they had turned gray! And I looked at him twice and I thought, ‘This is weird. Am I going nuts?’ So I try again and the same thing happened. Nothing!

When he finally admitted to the man that he was getting nothing, his response was simply, “Interesting,” as if with a sense of aloof expectation.

After spending much time in reflection on this most bizarre occurrence, Mark feels strongly that he may have witnessed an encounter with someone alien to this planet or what is also known as non-human intelligence – human looking, but definitely not of this world!

Though this wasn’t Mark’s first brush with the “weirdness” of reality (he chronicles some of his other equally enigmatic sojourns in his book Diary of an Accidental Psychic), this event he feels, was one of the most profound.

As I listened to Mark recounting this story to me, I couldn’t help but think of several accounts I’d heard over the years from different people, of exceedingly beautiful blond human looking beings, both male and female who behaved strangely, and who’s witnesses had the same sense of bafflement and curiosity about their peculiar behavior.

In an interview I’d done with UFO researcher and historian Richard Dolan, he too shared several stories that he had been given of striking blond beings, dressed in fine clothing and meandering around in public places, from a Las Vegas casino to a church in Pennsylvania, seemingly wanting to fit in with normal folks, almost as if to analyze human behavior, but their odd conduct would invariably give them away to the witnesses who encountered them.

Interestingly, it seems that only a few select individuals will pick up on something different about these people. Some have even said that they could “hear” the blond beauties thinking to each other as the witness would pick up the thought-communication telepathically.

One Story that Richard Dolan shared with me had to do with a woman who had recounted a story to him about when she was a young girl of teenaged years. She was attending Catholic mass with her mother. While sitting in the pew, she noticed in front of her, two absolutely stunning blond adults – a couple, impeccably dressed in fine blue fabric. The young girl couldn’t keep her eyes off of who she described as a “super model looking” couple.

As she was transfixed on the two individuals in front of her, she observed that as much as they stood out to her, no one else in the church seemed to notice them, despite the fact that they were the most obvious misfits in this small Catholic church: completely out of the norm.

She went on to say that while the congregation was carrying on its customary Catholic mass (kneeling, standing, making the sign of the cross, etc.), it was clear that the blond couple were a bit confused, looking around at everyone else, not knowing what to do.

As I was thinking this I heard one of them thinking to the other, ‘Well it appears that we’re fitting in pretty well here.’ And then I heard the other one thinking back, ‘Yes, accept for the girl behind us who can hear us.’

This then 15 year old was so intrigued and perplexed not only by the couple from somewhere else that when the mass ended she decided that she would follow them, though much to her mother’s dismay.

What happened next would stay with this young girl forever!

Find out what happened next plus hear more stories of mysterious “beautiful blonds” during this exclusive interview with Richard Dolan.

Just who are these “people?” Are they people as we understand them to be? And moreover, why do they seem to be so fascinated with us?

Mark Bajerski’s encounter with what he (and I) suspect was an entity of the non-human kind, is just one stunning example of the enigma stemming from these interactions.

But why do these encounters happen in the first place? In Mark’s case, if this was, let’s assume, a highly advanced non human entity, what was he seeking from his interaction with Mark?

Was this being simply trying to understand our “human-like” ways of working with energy? Was it something more? Is there some mutually shared connection between the two?

The ambiguity of such encounters continues to perplex even the most resolute of us. But one thing I have always maintained is that whatever is happening between us and “the others,” there is a symbiosis that at some level is occurring within the interaction, whether conscious or unconscious. We need them just as much as they need us. Perhaps, eventually there will be an open and shared journey between human and non human beings. And each will be clear of the other’s motivations.

Normally, they live among us…in a symbiosis that is, for the most part, secret and therefore limited in ways that are very frustrating for them. Without openly sharing the journey, they must ride in silence, never taking the rudder of life, not even when it would be in our best interest that they do this.

We must eventually not only wake up to the fact that they are here but that they are in some sense us, and we are them. And until that happens, our own bemusement will linger in the abyss of reality.

Get instant access to the After Show with Mark Bajerski on Patreon. We’re discussing Moldavite!

Get Diary of an Accidental Psychic on Amazon 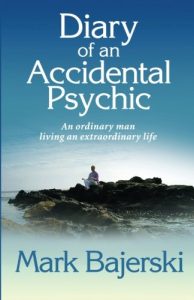 Skeptiko Host Alex Tsakiris on the Metaphysics of Evil

Alexis Brooks is the editor-in-chief of Higher Journeys, an award-winning talk show host, #1 best-selling author, and international speaker covering metaphysics, spirituality and personal transformation. Her work explores consciousness, human potential, and the deeper characteristics of reality from a transcendental perspective and her approach to these subjects have been described by many as “clear and easy to understand” in covering an otherwise complex and esoteric subject matter. Alexis' mantra: If you dare explore the mystery, Universe will more than meet you half way!
«Previous Post
Debra Jordan Kauble – Extraordinary (ET) Contact»Next Post
Julia Cannon – QHHT & Your Ability to Heal YOURSELF