Kimberly Carter Gamble, Co-Creator of Thrive II on the Push for Our Sovereignty 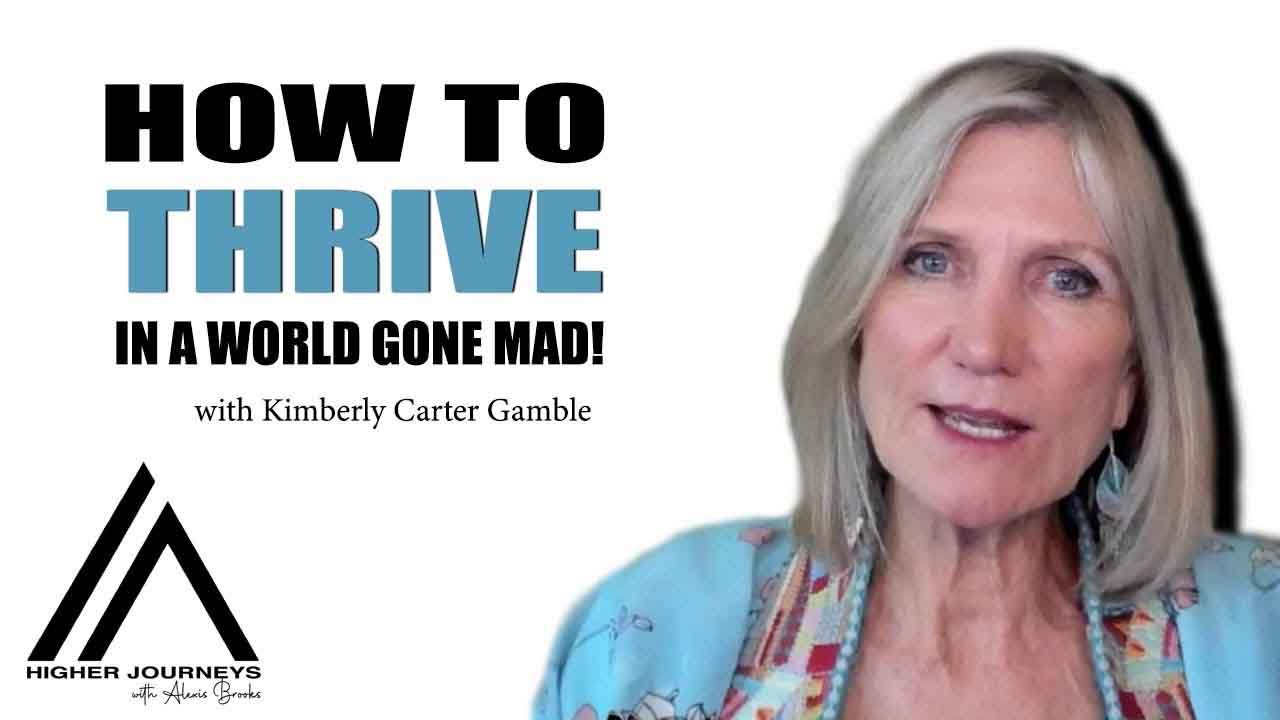 Thrive II wasn’t in the plan says producer Kimberly Carter Gamble. So what was the push that made it happen?

One powerful half of the creative team behind both Thrive I  – What On Earth Will it Take and now Thrive II – This is What it Takes, Kimberly Carter Gamble joins Higher Journeys to discuss their latest film and how the timing of its release couldn’t have come at a more critical time in our human history.

From the Thriveon.com website: “Thrive II explores breakthrough innovations from around the world, unpacks the principles they have in common and offers insights, tools and strategies for reclaiming our lives and our future.” The initial Thrive movie boasts nearly 100 million views and has been translated into 27 languages, and is still THRIVING to this day!

Gamble who directed, produced and co-created both Thrive movies with her husband and business partner Foster Gamble says that eight years after the original Thrive movie was released in 2011, they had no intention of creating a sequel. But in the years that followed the making of the original Thrive, the inventors they were in contact with and the information they had subsequently gathered on radical but powerful ideas like free energy, new breakthroughs in health and the like, pushed them over the edge and they thought, “We have to do this.”

Biologist and author of  The Biology of Belief Bruce Lipton says,

Thrive II is a vitally important and timely documentary, for it provides real solutions and knowledge that empowers us to reclaim our lives and save our future.

Given all that’s happening in our world right now, Thrive II zeroes in like never before on the necessary insights, information and tools we all need to thrive in this world (even under these circumstances).

I had the pleasure of interviewing Gamble back in 2012 shortly after the release of the original Thrive movie. Prior to this interview I was anxious to juxtapose Kimberly’s position on “world affairs” as well as solutions for society, from a then and now perspective. Clearly, her mission has not only stayed true to form but has increased exponentially given the challenging state of our world: social and political affairs,  as well as the still raging and ever increasing debate over the push for vaccination amid the “pandemic crisis,” to name but a few.

But what was most refreshing in re-connecting with Kimberly was her glass half-full approach to meeting these challenges head-on with real solutions!

In the end, that’s what the Thrive Movement is all about! Solutions. She maintains, we have them, we’ve had them all along!

In the days to follow, I’ll be reviewing the Thrive II film. Be sure to check our Film/TV section here on the blog to find out what yours truly had to say about Thrive II.

FYI…for you Nassim Haramein fans out there, you’ll be happy to know he once again plays a prominent role in the film Thrive II. Some of the themes he discusses during the film, we’ve also discussed in our two on-location interviews with Nassim. If you haven’t already check these interviews out…

Due to content deemed “not appropriate” for our customary uploading platform (hmm’mm) we’ve decided to offer our after show here. Enjoy everyone!

Caroline Cory | New Film PROVING that We are Far More Powerful Than We Think!

Billy Carson on Reprogramming Your Cells for Success

Billy Carson – His HIGHER Journey from Tragedy to Triumph!

Alexis Brooks is the editor-in-chief of Higher Journeys, an award-winning talk show host, #1 best-selling author, and international speaker covering metaphysics, spirituality and personal transformation. Her work explores consciousness, human potential, and the deeper characteristics of reality from a transcendental perspective and her approach to these subjects have been described by many as “clear and easy to understand” in covering an otherwise complex and esoteric subject matter. Alexis' mantra: If you dare explore the mystery, Universe will more than meet you half way!
«Previous Post
Get Your “DIY Psychic” On! Tips and Tricks with Psychic Medium John Holland»Next Post
The Great Awakening – 4 Ways to Cope with the Shifting Tide of Our “New” World