A Conversation with Darryl Anka and the Teachings of Bashar (Replay)

In 1973 Darryl Anka was personal witness to not one, but two close broad day light UFO sightings while in transit on a California freeway.  Feeling on some level that these sightings were part of an unraveling for him into the true nature of reality, he urgently set out to understand much more about the Universe in which we live.  This journey led him on a quest that has now lasted over 30 years.

Well known for his work in channeling the entity known as Bashar, Darryl has not only gotten a close up view of how reality works, but through Bashar, he has imparted hundreds of messages of wisdom and perennial philosophy that have been shared with millions all over this planet.  This interview is no exception.  We begin with a short anecdote that Bashar shares with an audience member during a live channeling session.  The theme is imagination and how this often underutilized ability that we all have, can literally shift our lives from one reality to another in an instant. 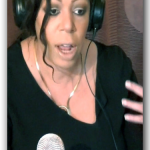 Listen to Conscious Commentary After the Show – Perspective on Bashar and “Imagination.” 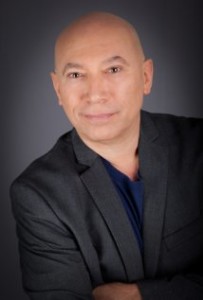 After experiencing two, close, broad-daylight UFO sightings, Darryl Anka began to research the subject as well as becoming familiar with an array of metaphysical topics, including channeling.

His path led him to become a channel for an extraterrestrial entity called Bashar, which is an Arabic word that means “messenger.”  Darryl has channeled Bashar’s information internationally for the past 30 years, providing powerful methods by which people can change their lives in positive ways.

Bashar’s information has been published in over 20 books in the U.S. and Japan and hundreds of CD’s and DVD’s have been distributed worldwide by April Rochelle of Bashar Communications.

In addition to his channeling career, Darryl also has over 30 years of experience in miniature effects, storyboards, sets and designs on three Star Trek films, Iron Man, The Aviator, Pirates of the Caribbean 3: At World’s End, I Robot, Live Free or Die Hard, and Flags of our Fathers, among several others.

Over the past 5 years, Darryl has shifted his career to writing, directing and producing and has had one feature film produced by Nu Image Entertainment, two scripts optioned by AMI Productions and the Mutual Film Company and recently shot his first film as writer-director-producer called “Dearly Departed” – A fictional documentary shot as if the crew took a camera into the afterlife and interviewed the spirits of people who’ve passed on to get their insights on life after death.

“Dearly Departed” is now completed and is being distributed online via Gaiam TV, Fastspring and Amazon.  Darryl is developing a number of other feature film projects along with his wife and co-producer, Erica Jordan, at their Los Angeles production company, Zia Films and is currently in post production on a documentary about how he became a channel called “First Contact.”

Visit these web sites to learn more about the work of Darryl Anka and Bashar:

Alexis Brooks is the editor-in-chief of Higher Journeys, an award-winning talk show host, #1 best-selling author, and international speaker covering metaphysics, spirituality and personal transformation. Her work explores consciousness, human potential, and the deeper characteristics of reality from a transcendental perspective and her approach to these subjects have been described by many as “clear and easy to understand” in covering an otherwise complex and esoteric subject matter. Alexis' mantra: If you dare explore the mystery, Universe will more than meet you half way!
«Previous Post
Conscious Commentary After the Show – What’s Possible? It’s all a Matter of Perspective»Next Post
Wayne Dyer, Pioneer of Motivational Speaking Passes at 75