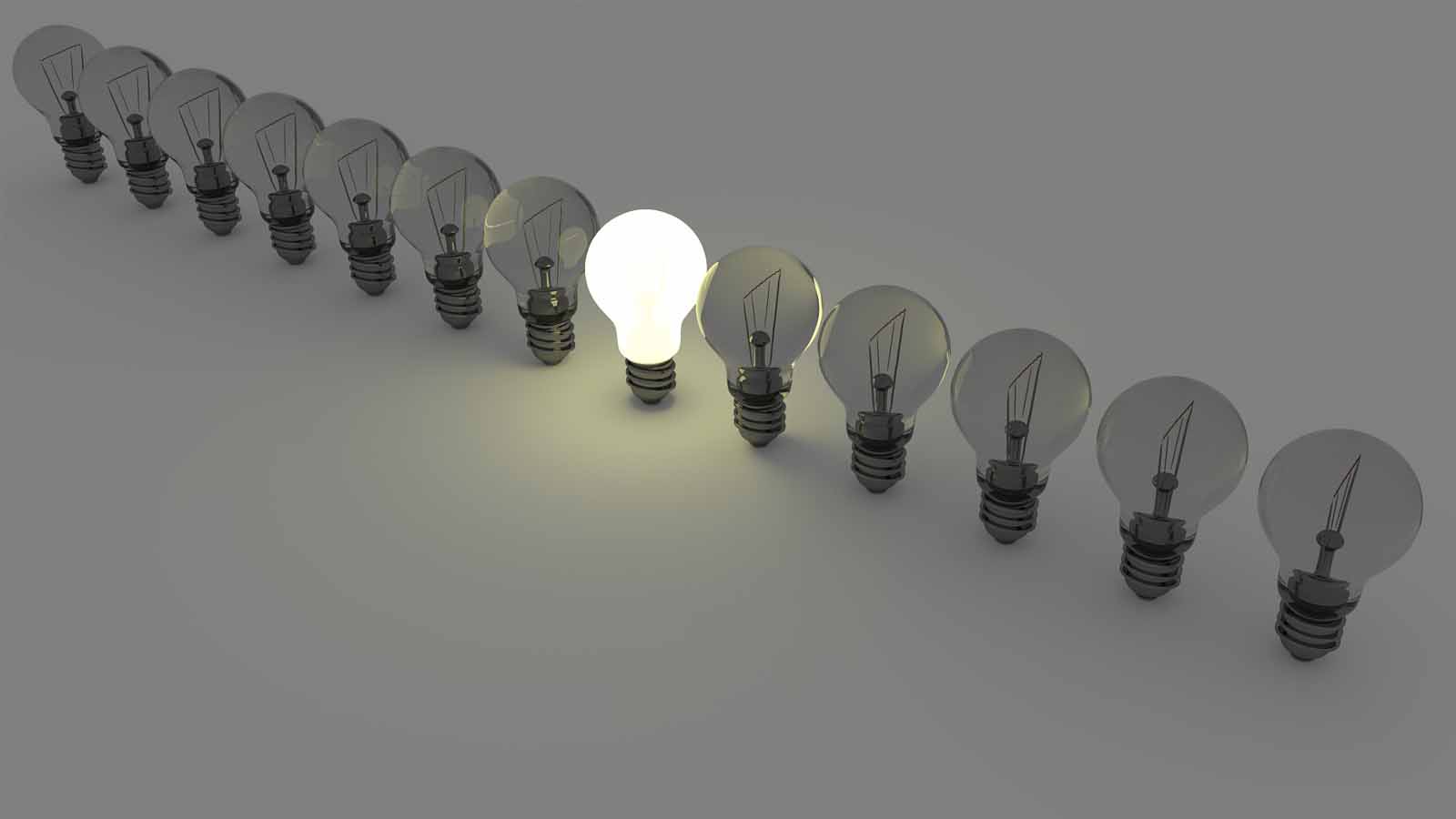 Conformity is the jailer of freedom and the enemy of growth.

I recall back in 2012 while sitting with a small group of girlfriends, I was listening quite amusingly as they discussed a new TV show at the time called Scandal. While going on for what seemed like forever about how “hot” this show was and how addicted they were to its weekly scandalous twists and turns, they then turned toward me to ask what I thought of the show. I quickly responded, “I’ve never watched it.” “What!? You’ve never seen Scandal? Everyone watches that show. It’s the hottest thing on TV,” they replied.

“Never seen it,” I repeated.

Amid furling eyebrows and a look of utter confusion, my answer just didn’t compute for them. Completely confounded, these women just couldn’t wrap their heads around what I’d just said.

Though on occasion I too have been guilty of conforming to the party line: using a newly established meme or two as an example, for the most part I’ve somehow managed to escape the wrath of the collective behavioral vices of modern society.

Whether it’s chatter around the latest “nothing news” like the Johnny Depp scandal or the unquestioning obedience toward a systematic pivot in the way we are told to live just about every aspect of our lives (i.e. the so-called “pandemic response”), the lean toward collective thinking, acting, and doing has historically kept a tight behavioral noose around the masses, and as a result the idea of individual existence has been all but completely annihilated.

Amid the hype around the new normal that all too many have willfully adopted emerged an important though concerning behavioral trend referred to as mass formation. It was Mattias Desmet, a professor in Clinical Psychology at Ghent University in Belgium who studied and wrote extensively about the human psychological phenomenon that can corral millions of individuals into a sustained collective hypnosis. After observing a very obvious and yet perplexing acquiescent response to global authoritarian mandates surrounding the pandemic phenomenon that took the world by storm beginning back in 2020, Desmet who had previously studied the phenomenon from an historical perspective further set out to understand the dynamic at-play that would necessitate such a knee jerk response relative to the pandemic narrative. Of course, the obvious tools are always at play – namely the propagation of fear as a steady diet fed through the news media would be enough to do the trick to get people to behave in such a way, regardless of how senseless the rules and regs they are told to follow would be, but Desmet believes it goes far deeper.

Mass formation is a typical kind of group formation, which has a very specific characteristic impact on individual mental functioning. One of the most remarkable effects of mass formation on individual psychological functioning is that it makes people radically incapable of taking a critical distance from what the group believes in. So once people are in the grip of this process of mass formation, they’ll typically become blind for the absurd characteristics of the groupthink – of what the group believes in.

Within the last two or so years, Mattias Desmet has more or less become the authoritative voice on mass formation and has since written a book covering the intricacies of the phenomenon within the totalitarian framework. The Psychology of Totalitarianism examines the idea of mass formation as a means of population control and beyond.

In the grip of groupthink…

In my book Conscious Musings – Contemplations to Transform Life and Realize Potential in a chapter entitled The Emergence of Individualism, I quote the late journalist and researcher of human behavior William H. Whyte who was noted for popularizing the term “groupthink.” In a Fortune Magazine article he said, “Groupthink being a coinage – and, admittedly, a loaded one – a working definition is in order. We are not talking about mere instinctive conformity – it is, after all, a perennial failing of mankind. What we are talking about is a rationalized conformity – an open, articulate philosophy which holds that group values are not only expedient but right and good as well.”

Though Whyte’s remarks certainly have merit, in history there have been more direct consequences for anyone who dared express their individuality whereby turning away from a sanctified form of thought and behavior.

Included in Desmet’s research into mass formation, the prejudice toward any form of expressed individuality emerges as a common trait…

People in the grip of mass formation become radically intolerant for dissonant voices. They act as if they are radically allergic and cannot stand anymore, that people think differently. It’s as if they do not permit any individuality deviating from the group norm. This is actually one of the major [characteristics] of mass formation – and this can go quite far, says Desmet.

Augusto Forti Vice President, International Institute for Opera and Poetry and Retired Professor of Geophysics wrote a paper entitled History of the concept of the Individual and Individuality in Western Society. In it he says, “Not so long ago, the church was imposing the dogma of the ‘holy writings’ and was ready to condemn or simply burn those men and women who had different ideas. There was no space for the recognition of individuality as in the case of Giordano Bruno and many others who were burned alive. It was the same story at that time, for the protestant world.”

Is mass formation in the DNA?

If there in fact is a mass proclivity toward “collectivism” in this regard then perhaps it stems not only from conformity through instinct, but rather fear! The fear of not being accepted? Maybe. But on a much deeper level, many may carry a cellular memory of the consequences of those who dared to veer away from the group.

Consider the idea of the reincarnation cycle and the possibility that souls likely return repeatedly to the earth plane, having lived out multiple lives. In some cases, there were lives that ended tragically due to defiance toward some form of totalitarian regime or dictatorship completely intolerant of individuals who dared question the system or wield some form of extrasensory power as a means of sovereignty and individual survival (i.e. the Salem Witches). The history books are replete with such acts. When history repeats itself in this manner, is it not unreasonable to imagine that the returning soul may carry over not only the unconscious memory of such atrocities but a sense of unrelenting fear for their once brave act that cost them their lives?

When trying to understand the psychological phenomenon of mass formation, and how so many fall into its vice grip, perhaps this end justifies the means.

Regardless of its origin, the propensity toward and proliferation of collectivism has taken its toll. In order to break free of what many now popularly term “The Matrix,” one must look beyond the veil of consensus reality and begin to exercise the true expression of self in order to be released from the vice grip of mass formation.

The survival of our planet and our human species may just depend on that one brave act!

The time is now to realize a limitless spectrum of possibilities.

To exercise discernment and analysis, coupled with our intuitive capacity.

To utilize imagination unfettered by the dictates of an outside “authority.”

And to know that the real Scandal has been in keeping human kind from its own true identity.

Alexis Brooks is the editor-in-chief of Higher Journeys, an award-winning talk show host, #1 best-selling author, and international speaker covering metaphysics, spirituality and personal transformation. Her work explores consciousness, human potential, and the deeper characteristics of reality from a transcendental perspective and her approach to these subjects have been described by many as “clear and easy to understand” in covering an otherwise complex and esoteric subject matter. Alexis' mantra: If you dare explore the mystery, Universe will more than meet you half way!
«Previous Post
Laura Eisenhower on Timelines, Glitches in the Matrix and Beyond!»Next Post
THE EVENT: Space Arks & Activation. Has the Turning Point Finally Arrived? | Mary Rodwell