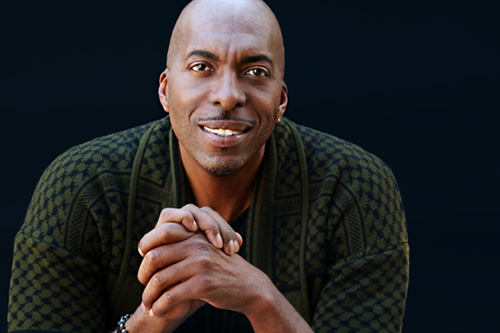 Long after his illustrious career as professional athlete, Salley has championed a spectrum of causes near and dear to him, not the least of which is his fierce advocacy for a vegan lifestyle.

When I sat down with him on location at the 16th Annual Conscious Life Expo in Los Angeles, we managed to pack in a slew of subjects – everything from cooking to cannabis to cognac, and even his brush with the afterlife. This was a spirited conversation to be sure. And it all happened in under 30 minutes. 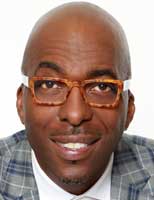 A proud native of Brooklyn, John found a love for basketball at an early age. As a 15-year NBA veteran, he was the first NBA player to win four championships with three different teams. Retiring in 2000, Salley appears frequently on television and film. He serves as host for numerous award shows including the  VH-1’s Reunion show, “Basketball Wives”.

John works with Operation Smile, PETA,  the fight against Diabetes and PCRM. In 2009 and 2010, he spoke to Congress about the Child Nutrition Act, asking Members to support legislation that would increase vegetarian options in meals served in public schools.

Adopting a plant based (raw vegan) lifestyle, he is a frequent motivational speaker.  As a Wellness Advocate, one of John’s main missions in life is to continue to educate people on the benefits of living a healthier lifestyle though better eating habits.

Alexis Brooks is the editor-in-chief of Higher Journeys, an award-winning talk show host, #1 best-selling author, and international speaker covering metaphysics, spirituality and personal transformation. Her work explores consciousness, human potential, and the deeper characteristics of reality from a transcendental perspective and her approach to these subjects have been described by many as “clear and easy to understand” in covering an otherwise complex and esoteric subject matter. Alexis' mantra: If you dare explore the mystery, Universe will more than meet you half way!
«Previous Post
Jimmy Church – UFO’s and Beyond»Next Post
Cynthia Sue Larson – Exploring the Mandela Effect