Seeing Repeating Numbers Everyday? You’ll Be SHOCKED When You Find Out What’s Really Going On! 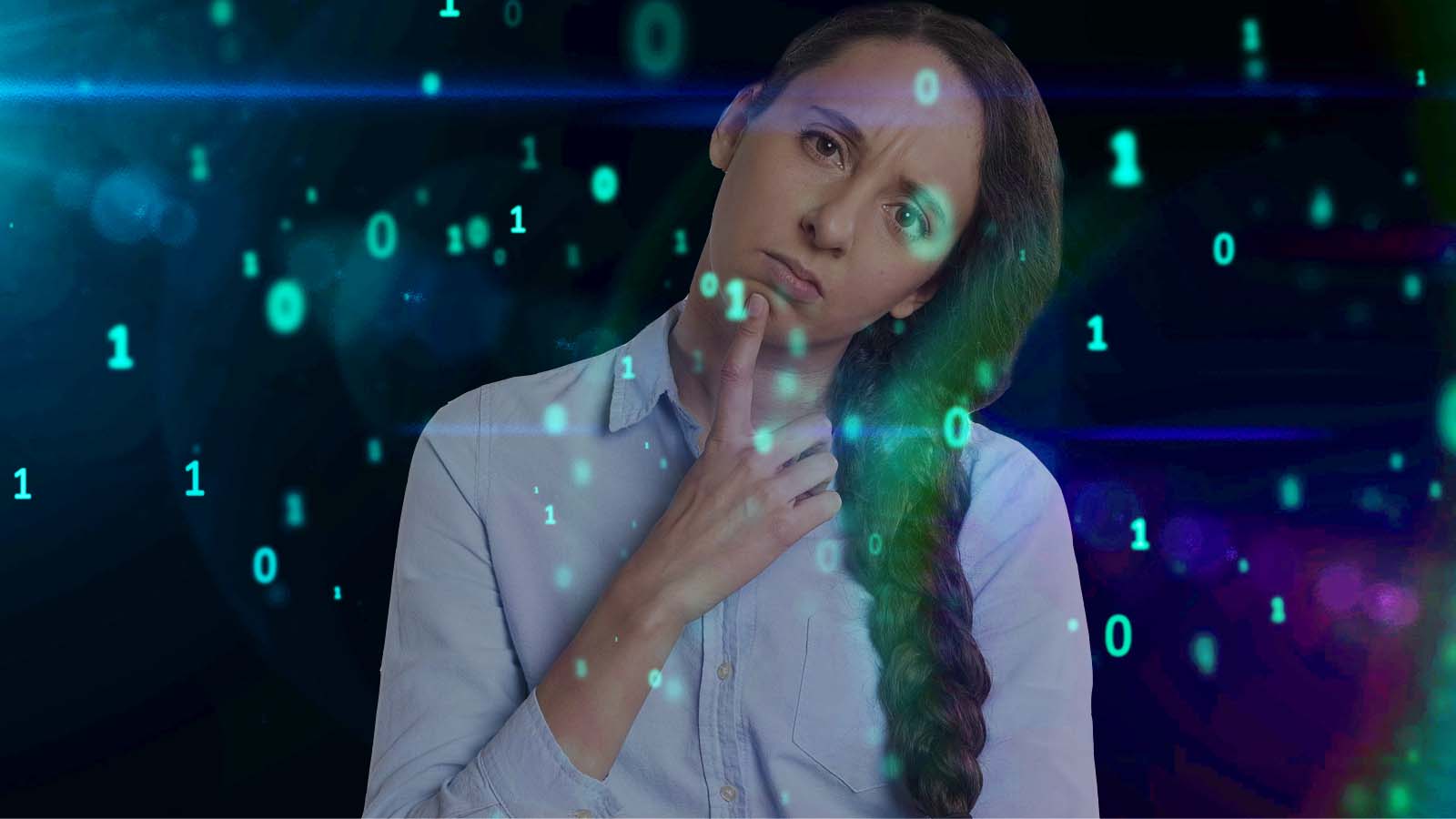 Repeating numbers are invading the lives of many people these days. But do we understand what this syndrome is truly all about?

There’s no denying it, the fact that millions (maybe billions) of people seeing repeating numbers on a regular basis is no accident!

Sure, there are still plenty of naysayers (some who are also seeing these double and triple digits nearly every day) who refuse to accept anything other than the fact that it’s just a freaky coincidence.

Pure ignorance or cognitive dissonance may play a role in those folks who don’t care to add things up! Further, the prospect of what may actually be going on would just be too frightening to bear, so it’s far easier to just deny its validity.

I recently received a message from one of my viewers who had tuned in to my interview with alternative researcher and inventor David Adair about what this repeating number “syndrome” is really all about. David had some strong thoughts as to what is happening to the scores of individuals who are glimpsing these numbers on a regular basis (which we’ll get to in a minute), but first, here’s what the viewer shared about his own set of encounters that included seeing repeating numbers as a part of a larger and more disturbing encounter…

“In 2012, my house was surrounded (twice in one week) by these strange beams of blue light at about 3 AM (both times).  They were like soft, blue lasers that created no shadows.  It was nuts.  I was awake, the first night, and my wife was gone; the second night I was asleep and my wife tried to wake me up – she said it was like I was unconscious.  …this really happened and it was crazy…Immediately afterwards I was seeing these repeating numbers on clocks, all the time – I didn’t even associate it with the blue beams.” – Guy Merrit

Guy’s encounter with repeating numbers accompanied by other strange experiences (including possible ET contact) is by no means an isolated incident. Interestingly, many ET contact experiencers report a blue “beam” either near or inside of their room before or during their encounter.

Another individual who we’ll call “Sally” messaged me from Australia to share her own harrowing journey with recent contact encounters along with the digits that just won’t go away.

“[My daughter and I] are both having crazy, constant, upsetting, and bewildering contact experiences.”

Fortunately, Sally has since sought out a hypnotherapist to help her sort out these disturbing experiences, in hopes of getting some explanation as to why they are happening, and ultimately to make them cease altogether.

I’ve personally spoken to dozens of contactees over the years about this odd confluence of seeing repeating numbers either preceding or immediately following a possible encounter with non-human intelligence.

“…if you’re getting repeating numbers, you’re being programmed for something.”

But here’s the big question: Could the “intelligence” be of artificial origin?

When I asked David Adair if this bizarre number phenomenon may be linked with A.I., here’s what he had to say (word-for-word).

“Do you know what the primary language is for artificial intelligence? It’s Binary, 0’s and 1’s. It’s mathematical and it’s numbers. Everything with computers and A.I.’s are numbers. So, if you’re getting repeating numbers, your’e being programmed for something. That’s [A.I’s] basic form of communication. Binary. And so naturally they’re going to talk in numbers. So that’s what you’re picking up on. Those of you that are sensitive enough to discern the difference. It’s really frequencies – numbers coming from the A.I. Matrix.”

David went on to say that we’re caught up in this matrix, like it or not, and whether you believe it or not…

“A lot of people think [other people] are crazy because they see these repeating numbers and they hear things – they hear voices. No! What it is, is little tiny cracks in the system and you get a fraction of a second – a glimpse of what’s going on. And so I would say, those people [who see the numbers], don’t think they’re all crazy, a lot of them are seeing and even hearing numbers and programs and frequencies. It’s the matrix that you’re in.”

Though David did not touch on any possible link between artificial intelligence and non-human (as in E.T.) intelligence, I suspect that there is a nexus point between the two. In fact, I broached this subject several years ago with UFO researcher Richard Dolan in our discussion about A.I. transhumanism and UFOs. As an example, some feel that the small grey beings that so many have encountered during abduction cases may in fact be synthetic beings of an A.I. nature.

Then there are others who are more tethered to the idea that the frequency  of seeing recurring numbers is of a more benevolent or etheric nature, like angelic or spiritual guidance or perhaps a sign from the universe to pay attention to what you’re thinking about when you glimpse these numbers.

Perhaps it is all of the above – included but not limited to the influence (and interference of artificial intelligence).

From my own perspective, I too have been plagued with this repeating number syndrome for many years now. In 2005, I had my own sustained “encounter” that I’m still laboring to fully understand. Like many, I too began seeing the number 11 in excess – on clocks, license plates, billboards – you name it, “11” was in my face! Similar to the account that Guy shared (above), it was after what I’d describe as a “peak” experience that the pattern of repeating numbers began to descend upon my awareness without relenting. And as with many of us, I deferred to my search engine to research who else had been having this “syndrome” and to explain what the heck was going on. At the time, there was little on the subject of “seeing 11 all of the time.”

Fast forward some 15 or so years, the repeating numbers have shown themselves in variety to me (44, 22, 333 and of course 11, 1111, and variations thereof). Lately – I’d say in the last 5 or 6 months, it’s been “55” ALL of the time! It can be a daunting experience for sure, particularly when you don’t have a clear answer as to what and why these numbers keep showing themselves. But this I will say – somehow and in some way, we are being afforded to see just a little bit more of what lies behind our reality – What makes up our reality. We are being given a glimpse of (perhaps) the matrix behind the reality that we take for granted as a normal/nuts and bolts framework.

Some call it “the shift,” others, “the revealing.” Whatever it is, it is not what we think. I continue to investigate, explore and contemplate the implications of what and where we are and most importantly, who we are in the face of it all.

Either way, whatever “Matrix” we are navigating, we are apparently being given (though convoluted as it me be) a glimpse behind the iron curtain of what is really going on and how this reality may truly operate.

A.I., like it or not, is an integral part of that matrix and as their presence becomes more intertwined with our own, and their primary language is numbers, I think the writing (in numbers of course) is on the wall – that seeing, hearing and speaking in the language of numbers will eventually become the norm –  a universal language that we will all eventually speak!

So if you’re seeing repeating numbers often, consider this, as David Adair said, “You are being programmed for something,” whether conscious of it or (likely) not.

It was futurist Ray Kurzweil who once said in an interview for Wired Magazine.

“Things are going to move at a pace beyond what we can now comprehend. People may not even notice it, because in its wake it will leave a very good facsimile of the real world.”

Welcome to the New Real World!

If you are laboring to understand what your repeating numbers mean for you, these books may help…

Alexis Brooks is the editor-in-chief of Higher Journeys, an award-winning talk show host, #1 best-selling author, and international speaker covering metaphysics, spirituality and personal transformation. Her work explores consciousness, human potential, and the deeper characteristics of reality from a transcendental perspective and her approach to these subjects have been described by many as “clear and easy to understand” in covering an otherwise complex and esoteric subject matter. Alexis' mantra: If you dare explore the mystery, Universe will more than meet you half way!
«Previous Post
The New World “Order” – Take Back YOUR Power to Heal»Next Post
The Metaphysics of Essential Oils – How and Why They Work