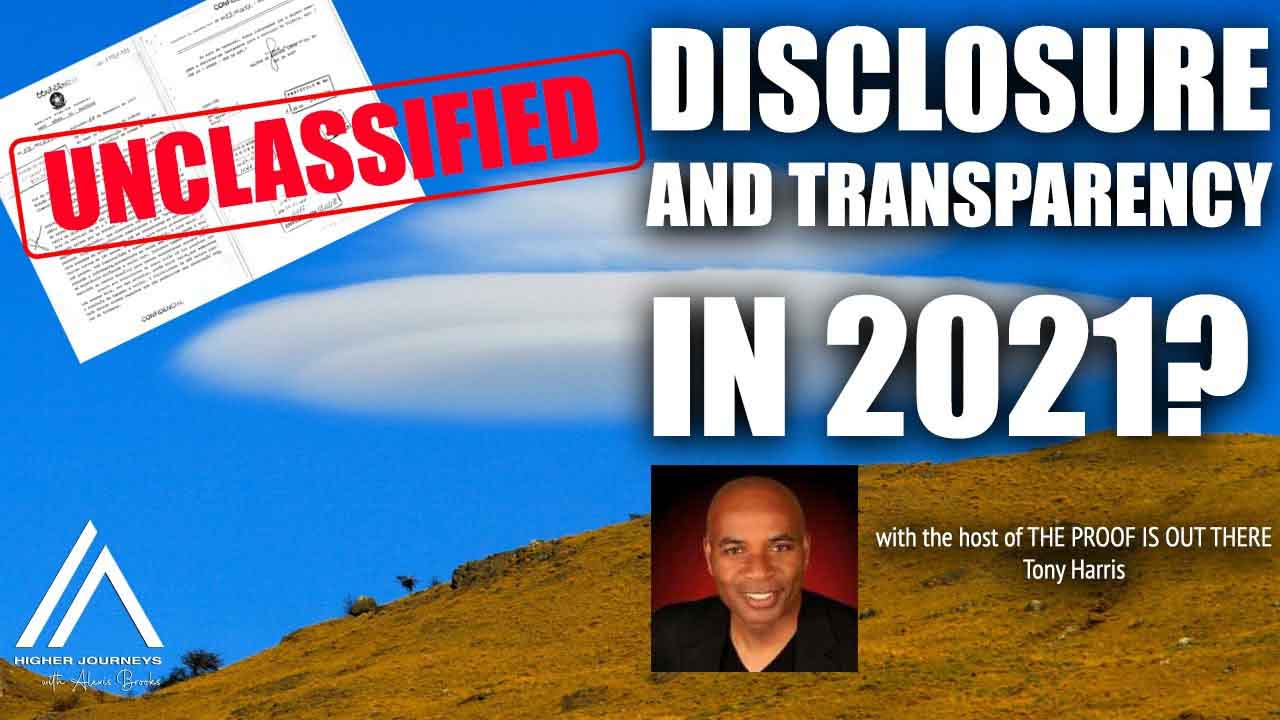 Will New History Channel Show Help to Open “Pandora’s Box” on UFO Disclosure and Other Incidents of the “Unexplained?”

Veteran Journalist and host of the new History Channel series The Proof is Out There, Tony Harris joins Alexis to discuss the new reality of transparency in mainstream media when it comes to discussing the “serious side” of phenomena.

With the History Channel’s latest incarnation of “high strangeness” that features Alexis Brooks as one of its team of experts, is a new era of “disclosure” on order? Alexis and Tony have a candid discussion about the state of affairs when it comes to “opinion journalism,” the need to parse the real from the “fake” and also delve into the recent provision within the latest stimulus bill to disclose an unclassified report on UFOs. Is this the start of full on transparency and disclosure?

Learn more about the new History Channel Series, The Proof is Out There with host Tony Harris and Alexis Brooks as part of their team of experts.

Alexis Brooks is the editor-in-chief of Higher Journeys, an award-winning talk show host, #1 best-selling author, and international speaker covering metaphysics, spirituality and personal transformation. Her work explores consciousness, human potential, and the deeper characteristics of reality from a transcendental perspective and her approach to these subjects have been described by many as “clear and easy to understand” in covering an otherwise complex and esoteric subject matter. Alexis' mantra: If you dare explore the mystery, Universe will more than meet you half way!
«Previous Post
Opposition, Alchemy and A New World in 2021»Next Post
5 Ways To Discover Your True Nature