The Shadow and Light of Hollywood Film with Randall Libero

What do motion pictures (Hollywood Film) have to do with human consciousness? According to film historian and new media expert Randall Libero, a lot!

When we watch a movie, whether romantic comedy, deep drama or even documentary, are we tuning in to tune out or are we staying conscious within ourselves and not allowing what we’re experiencing with our physical senses take us over?

These questions spawned a most intriguing discussion about the role of media in consciousness and why now more than ever we must choose wisely the images that we allow to come into our lives.

Both shadow and light have a critical role to play in the way we view film and it is with this perception that many ancient peoples understood the benefits of both in all aspects of life.

With more choices than ever to view media as well as create it, we can certainly choose which side of the veil we wish to partake.

Fortunately with these choices, the emergence of conscious media is now being given a starring role. And with this burgeoning trend, we now have the opportunity to allow that which we take in through our eyes and ears – expand our consciousness, rather than repress it. 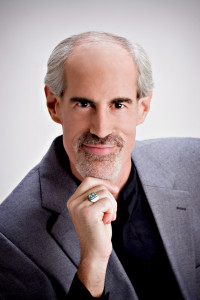 Randall Libero is a producer and online media authority with more than 25 years of professional experience across three major media industries. He has a combined media background in creative and technical film and TV production for network and independent television, broadcast news journalism, and Internet Radio & TV. He began as a comedy writer at NBC television in Burbank and later shot, edited, directed and produced TV pilots, documentaries, TV talk shows and commercials in Los Angeles. In the 1990s, he created the first online media research facility and historical news archive for the U.S. State Department’s International Bureau of Broadcasting and WorldNet TV and was nominated for a major agency award.

He is currently known for being one of the first “Internet Producers”, producing thousands of hours of TV and radio programs and online events with some of the world’s leading best-selling authors, motivational personalities, visionary thinkers, and business leaders. He has built highly successful New Media content and innovative online marketing strategies for many NY Time bestselling authors and notable personalities such as Jack LaLanne, Eckhart Tolle, Dr. John Gray, Dr. John Demartini, Dr. Joe Dispenza, Dr. Zhi Gang Sha, and many others.

As Senior Executive Producer for the VoiceAmerica Network, (VoiceAmerica.com), he created and directed the pioneering 7th Wave online radio broadcast channel, which premiered in May 2006 and has grown to more than a million listeners monthly.

Randall’s mission is to promote the idea of a new emerging period in media history which he calls the era of “Visionary Entertainment,” a term he coined in 2005 which refers to a convergence of the worlds of media and entertainment, technology, culture, and consciousness in the Digital Age and their impact on both the individual human being and society.

The discussion continues – Read Alexis’ latest post – The Shadow vs. Light of Media and the Act of Free Will at HigherJourneys.com

Alexis Brooks is the editor-in-chief of Higher Journeys, an award-winning talk show host, #1 best-selling author, and international speaker covering metaphysics, spirituality and personal transformation. Her work explores consciousness, human potential, and the deeper characteristics of reality from a transcendental perspective and her approach to these subjects have been described by many as “clear and easy to understand” in covering an otherwise complex and esoteric subject matter. Alexis' mantra: If you dare explore the mystery, Universe will more than meet you half way!
«Previous Post
Constructive Dreaming with Henry Reed»Next Post
Steven Halpern – The Dynamics of Sound and the Human Condition