The New Human – Awakening to Our Cosmic Heritage

In this excerpt from my forthcoming book, let’s look at the reality of “The New Human,” their purpose here, and the idea that extraterrestrials have been and continue to live amongst us today.

Human logic declares we cannot be the only intelligent life in this vast cosmic soup, despite denial by individuals who choose to believe that Homo sapiens is the pinnacle of the intelligence pyramid.  Human arrogance aside, the debate regarding extraterrestrial reality centers on this question ‒ Has intelligent life advanced enough to become space faring and visited planet earth?

I believe there is an abundance of tangible evidence both anthropologically and archeologically to confirm that advanced civilizations visited our planet over millennia, i.e. the gods’  (with a little ‘g’) of old.

Images of these ‘beings’ and their craft are seen in ancient artwork and sculptures.  Giant skeletons and unusual skulls have been found globally.

Indigenous tribes have always acknowledged such visitations told by the ‘star visitors’ humanity ’ has included within it ‘extraterrestrial’ DNA and this created homo Sapiens Sapiens, and why there is a ‘missing link’ in our evolutionary path.

The many anomalies in human DNA also suggest some of these ‘gods’ have participated in human evolution by manipulating human DNA.

By certain methods of DNA dating, one can tell that numerous genes have been recently added to the human genome. If workers in my field were to say such things openly, we would be ostracized and forced to live in a tent. Any work along these lines would be rejected without any form of appeal. So what can we do?

However this manipulation of human DNA I believe, is still occurring through what is known today as extraterrestrial encounters.

Conspiracy or the truth?

There are thousands of credible witnesses from astronauts, scientists, pilots, to police, lawyers, and medical personnel who have spoken about personal Contact with non-human intelligences and sightings of unusual lights or anomalous flying objects or craft, we call UFO’s.

Former politician and Canada’s former Minister of National Defense, Paul Hellyer, author of ‘Light at the End of the Tunnel’, testified at the Citizen Hearing on Disclosure (CHD) in Washington D.C. that aliens are living among us.

At least four species of alien have been visiting Earth for thousands of years – some of the aliens hail from the Zeta Reticuli, Pleiades, Orion, Andromeda and Altair star systems and “may have different agendas. ‒ (Source: Huffington Post Canada October 30th 2015 )

However, it is the stories of extraterrestrial encounters that are compelling and life changing.

It appears there is a program to upgrade the awareness of humans through such encounters. Former professor of Psychiatry at Harvard University the late Dr John Mack, and author of Abduction and Passport to the Cosmos, stated:

Alien Encounters and Contact: It’s both literally and physically happening.

I agree. In my work as a counselor, hypnotherapist, and principal for The Australian Close Encounter Resource Network (ACERN), I have researched over three thousand cases of families and children who believe they have been experiencing extraterrestrial encounters. Their stories and understandings are profound and leave me with little doubt non-human intelligences are visiting our planet and interacting with humanity on multiple levels of human consciousness. 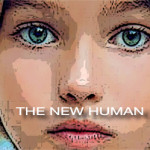 What does this mean for us as a species? I believe the answers will be less likely to come from the governments but from those with Contact and the new generations of children who tell their families they are here to help humanity ‘wake up’ to the reality that we are not alone and have never been alone. The so-called ‘gods’’ of old, are extraterrestrials that have seeded humanity and they are continually upgrading us through our DNA upgrades and education programs.

Contact or encounters can come in many guises. For some it appears like abduction. Others have a far more subtle and gentle awakening to this reality. It may be just a sense of feeling very different to most people. A feeling like you are very different from your human family and you are not ‘from here. A sense of heightened multidimensional abilities along with a sense of mission you have something important to do.

The children may be fully awake and aware as they can be conscious they are taken onto spacecraft and educated.  They are conscious of their past lives on other planets and perceive their interactions with the ‘star visitors ‘ as friends or space family. They are aware of their mission and tell their parents they have come to earth to help awaken their human family.

Poor us, poor kids who come to volunteer. We have such a difficult time ahead. A real fight. I am here to help my family ‘wake up.’ Everyone is sleeping.”   Cathy –  9 years old

They have come with the skills to help humanity evolve into a new aware and awake human.

They are the New Human who will help the rest of our species awaken to our cosmic heritage about who we really are.

Mary RODWELL, RN is the Founder and Principal of Australian Close Encounter Resource Network (ACERN). Born in the United Kingdom and eventually migrating to Western Australia in 1991, she currently resides in Queensland. Mary is a former nurse, midwife, and health educator and was employed as a professional counselor for the National Health Service UK and Australian counseling agencies, Silver Chain and Centrecare. Since 1994 Mary has worked in private practice as a professional counselor, hypnotherapist, metaphysical teacher, researcher, author, Reiki Master, and international speaker.
«Previous Post
Penney Peirce – Intuition, Politics, and the Current State of Reality»Next Post
Intuitive Insight and Breaking Through the Politics of Fear