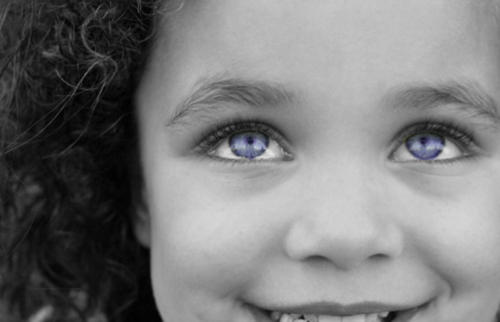 Are the Indigo Children at the Root of the Global Shift?

Chances are you’ve met one – maybe two or three.

Your speaking with a young child and something they say or do rattles you. They may remark about a family member, a grandmother or great aunt, gone many years before they were born. They speak with full remembrance of this ancestor, spewing details of their life, their profession, or the personality quirks they had. You ask yourself, “How on earth would they know this?”

Or maybe you’ll watch as a child as young as 4 or 5 opens a book, not a children’s picture book – a complex text book that many adults would have difficulty deciphering, and they begin to read out loud, as if they’d been reading for many years. Not only are they reading the words, they’re understanding the content from a scholarly perspective.

Or maybe you’ve witnessed a child put their hand on someone else, someone whose suffering from an ailment, and all of a sudden the child says, “There, you’re healed now.” And indeed they are!

These are not scenes from a science fiction flick, these are realities that people (including myself) have witnessed first-hand.

But who are these children? Where did they come from and how is it that they are able to exhibit such an accelerated intellectual and spiritual aptitude?

They’ve been called many names – Crystal, Star, and Indigo, among others.

They are said to be a group of new humans coming to this planet in appreciable numbers.

Many who have recognized and subsequently researched this evolution of “new humans,” feel that the Indigo human has been coming to earth for many years, although few argue that the numbers have increased in recent years, perhaps due in large part to the tumult this planet now finds itself in the throws of – great unrest at every level.

In a recent article written by Zen Gardner on the Indigo human he says, “I have to admit the world situation gets me down, angry, depressed and seriously wondering if there is justice in this Universe. The insanity and inhumanity are overwhelming and so often seem to point to not just frustration but ultimate futility at every level, despite my knowing a much greater good lies behind the veil only waiting to be discovered and released.” This is the pretext he offers prior to presenting two very compelling videos on the reality of indigo humans as that possible “greater good,” personified.

When I interviewed noted consciousness researcher PMH Atwater about her book, Children of the Fifth World, she discussed what is referred to as The Fifth Root Race (meaning your core DNA genetics). She explains that this root race had been acknowledged throughout human history and each group at the time had their own version or understanding of what that entailed. Theosophy and Madame Blavatsky had her version. Edgar Cayce had his. Atwater said that when you look at the history you see that this concept has been around for a very long time.

Listen to my interview about “Indigo Children” with PMH Atwater

Although Atwater contends that this root race (aka “Indigo”) have been apparent throughout human history, she also acknowledges that we are now living at a time when the influx of these humans coming to this planet has reached a precipice. “We’re seeing this [Indigo revolution] come to fruition right now.

Given the absurdity of our global state of affairs at every level, what Zen Gardner described as “the insanity and inhumanity,” it is no wonder this root race has made its presence well known, and in greater numbers.

Some argue that they are here to help save the planet – to clean things up of sorts. Certainly we don’t know what the true impetus for their presence is, but we do know that something quite spectacular is going on (with these individuals) and they need to be acknowledged in order to see a mass evolution of understanding also come to fruition.

Atwater comments that “The fifth root race are the masters of communication, innovation, and creativity, and the higher mind and higher psychic and intuitive abilities.”

Watch as a then 10 year old girl describes her gift to humanity – A true “master of creativity.”

On occasion I have personally witnessed the wonders of these children (often children pre-adolescent) who will say or do things that just defy logic or any measure of conventional wisdom. I’ve learned to recognize them, honor them and whenever I have the opportunity, share what I feel I am witnessing with others who may be unaware of this phenomenon.

This is in my assessment what we need to do to honor the increased presence of these indigo/root race humans. And in order to do that full justice, it is our institutions, particularly our healthcare and educational systems that need to understand and thus apply this knowledge: that there is a shift underway and it is no more evident than in watching these incredible humans, and how they behave, and then respond in kind. With this understanding, the text books must be re-written and applied with great care and humility.

Don’t be surprised that when this does happen, it will be the Indigo who writes the book!

Alexis Brooks is the editor-in-chief of Higher Journeys, an award-winning talk show host, #1 best-selling author, and international speaker covering metaphysics, spirituality and personal transformation. Her work explores consciousness, human potential, and the deeper characteristics of reality from a transcendental perspective and her approach to these subjects have been described by many as “clear and easy to understand” in covering an otherwise complex and esoteric subject matter. Alexis' mantra: If you dare explore the mystery, Universe will more than meet you half way!
«Previous Post
9/11: Ground Zero – Blueprint for a New Day (Has it Arrived?)»Next Post
Autism – Are We Misunderstanding What May be a Gift?