In part one of my interview with retired attorney, former assistant attorney general, and lifelong abductee Terry Lovelace – we discussed his most harrowing journey AFTER his 1977 abduction at Devils Den State Park in Northerwestern Arkansas. The full hour was taken up with his recounting the details of a full on interrogation, and the disturbing aftermath that haunts him to this day.

On today’s show – a part two that I knew we would have to do right away, Terry goes further into the events that preceded his 1977 event, including the discovery in 2012 of a device mysteriously placed in his leg, the visit to his home by an odd Asian woman who he recalled from his childhood, and the warning she gave him that shook him to the core.

We also discuss his time spent with Luis Elizondo of To the Stars Academy, his take on the recent disclosure by the US Navy about the reality of UFOs or UAPs and where he feels we’re all headed on this very twisted and important journey here on Planet Earth.

Read Incident at Devils Den to get more insight on this most harrowing account! This is a MUST READ!

Get Incident at Devils Den on Audible! 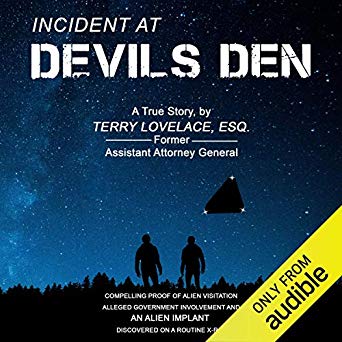 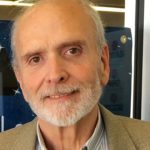 Get the full story on Terry Lovelace in this very detailed BIO!

Alexis Brooks is the editor-in-chief of Higher Journeys, an award-winning talk show host, #1 best-selling author, and international speaker covering metaphysics, spirituality and personal transformation. Her work explores consciousness, human potential, and the deeper characteristics of reality from a transcendental perspective and her approach to these subjects have been described by many as “clear and easy to understand” in covering an otherwise complex and esoteric subject matter. Alexis' mantra: If you dare explore the mystery, Universe will more than meet you half way!
«Previous Post
Terry Lovelace – Alien Abduction and the Aftermath that WON’T Go Away!»Next Post
Cynthia Sue Larson – The Mandela Effect – New Insights and Discoveries 2019!