Sonia Barrett – Are We Locked Into “The Matrix?”

“There’s no escaping the Matrix, there’s only understanding that if such a thing exists, we can re-create our own. One that is free of constraints.” – Sonia Barrett

Is reality a simulation – a construct designed by some “other” super intelligence that has the ability to lock us in to a Matrix like environment? Or nothing more than a program that we collectively agree to keep running? What if it’s both?

These are among the questions we posed to quantum researcher, speaker and author Sonia Barrett.

Some of what she had to say may surprise you, raise an eyebrow or two or make you say – “Ah now I understand.”

Either way, Sonia sheds light on this elusive but intriguing topic like none other.

Relevant links from this episode

Book – The Holographic Canvas, The Fusing of Mind and Matter by Sonia Barrett 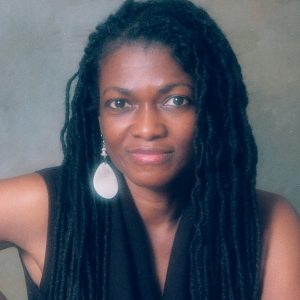 Sonia Barrett is the Author of The Holographic Canvas; The Fusing of Mind and Matter, published in 2008. Her insights are cutting edge with much of it supported by quantum physics. Sonia Barrett’s work bridges the gap between science and spirituality in a simplified format. She addresses the programming, beliefs and concepts by which we have lived our lives both individually and collectively. These insights provide clarity in understanding the paradox of both the real and the unreal; the visible and the invisible components of reality; the holographic experience. Known for her mind bending concepts she stretches the mind even further by going beyond the common view of time www.spiritinform.com . In her own words: “Recognizing our spiritual and perceptual boundaries and comfort zones is a major factor in our quest for answers. In general we are unaware of what we don’t know and the distance widens even further when we are affixed behind a barrier of limiting beliefs. Reality is a great science that has no boundaries only those that we create for our comfort. There is no right or wrong way to grow but it can be of tremendous assistance in recognizing the limitations which hold us bound. ” Sonia Barrett has appeared on panels with such noted speakers/scientists as Dr. Amit Goswami, Dr. Bruce Lipton and a number of others. She has been a Key Note speaker at a number of conferences to name a few; the ISSSEEM Conference, Conscious Life Expo, UFO Conference and the Alchemy Conference. Sonia Barrett is a popular radio guest appearing on such shows as Coast 2 Coast AM with host George Noory, Red Ice Radio, Conscious Media Network and a host of others including television. She appeared in the 2010 film Ghetto Physics, produced by Will Arntz (producer of What the Bleep do We Know) and E Raymond Brown. She also appears in the upcoming docudrama (2012) Openings, The Search for Harry.

Alexis Brooks is the editor-in-chief of Higher Journeys, an award-winning talk show host, #1 best-selling author, and international speaker covering metaphysics, spirituality and personal transformation. Her work explores consciousness, human potential, and the deeper characteristics of reality from a transcendental perspective and her approach to these subjects have been described by many as “clear and easy to understand” in covering an otherwise complex and esoteric subject matter. Alexis' mantra: If you dare explore the mystery, Universe will more than meet you half way!
«Previous Post
Off Planet Education – “I’m Being Taught by Aliens!”»Next Post
Why Some People Are “Wired” for the Paranormal