Robert Fullington – “Human Alien Hybrids are REAL and I’m One of Them!”

The idea that human alien hybrids walk amongst us may be a reality, believe it or not! One man says he is a hybrid

Discussion about the idea of Human Alien hybrids is not new, but recently there’s been an uptick in attention on this part of the phenomenon of the ET reality.

The possibility that a large hybridization program has been and continues to be underway is also gaining momentum within UFOlogy circles.

The hit TV series Ancient Aliens has even dedicated a show in the recent past on hybrids. And in that particular episode they featured the person you are about to hear from.

Robert Fullington calls himself one such individual: part alien and part human.

As tough as this may be for some people to believe or wrap their mind around, human alien hybrids may be walking amongst us each and every day.

If you were to pass Robert on the street, you would never know he has qualities different from any other person, but when you hear his story, you’ll know something quite different and otherworldly is going on.

This is the second time we’ve had Robert on the show. Be sure to check out our first interview with him back in 2016!

Read more about Robert Fullington’s Fascinating story of discovery, challenge and triumph in Meet the Hybrids! 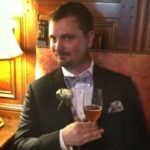 Robert awakened in 2009 at age 28, through a series of intense interactions with ET craft. This process accelerated through ongoing interactions with Mantis beings called Kekoresh. During that time he went through an extreme physical change as well as radical spiritual, philosophical and creative development. He conceived designs for both two- and three-dimensional creations, all of which are consciousness-amplifying technologies, whose purpose it to help people open their own doors, and accelerate their personal growth. In 2D he produces geometric designs in both monochrome and color for mental effects, whereas the 3D work is designed for a physical interaction. Robert feels that the physical changes he underwent allowed him to work with advanced visualization, and receive these downloaded designs.

Alexis Brooks is the editor-in-chief of Higher Journeys, an award-winning talk show host, #1 best-selling author, and international speaker covering metaphysics, spirituality and personal transformation. Her work explores consciousness, human potential, and the deeper characteristics of reality from a transcendental perspective and her approach to these subjects have been described by many as “clear and easy to understand” in covering an otherwise complex and esoteric subject matter. Alexis' mantra: If you dare explore the mystery, Universe will more than meet you half way!
«Previous Post
Spiritual Gifts for Spiritual People | Your 2019 Holiday Guide!»Next Post
Christine Day – 2020 Energies Will Be Unprecedented – A Pleiadian Message