Richard Dolan – False Flag Operations and the Back Story That You Need to Know!

When one thinks of the idea of a false flag operation, recent events like The Orlando Shooting, or The Boston Marathon Bombings, and of course 9/11 come to mind. But is there a longer lineage and history to false flag events?

I sat down with Richard Dolan while at the Experiencers Speak conference in Portland Maine where he decided to shift the focus from his well-known discourse surrounding the government coverup of UFO’s to enter the equally perplexing and prevalent reality of what are called False Flags.

Who’s leading the charge when it comes to the events that are now questioned by so many?

Highlights from this episode:

Conspiracy is a part of organizational behavior in our world. – Richard Dolan

Book: Where Did the Tours Go? by Judy Wood

You may also like: Richard Dolan – ET Encounters of the Human Kind – Higher Journeys Radio

If you’re receiving this post by email, be sure to click on the web link to watch/listen to the interview and get the full experience! 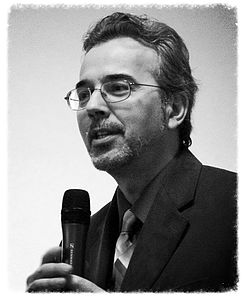 Alexis Brooks is the editor-in-chief of Higher Journeys, an award-winning talk show host, #1 best-selling author, and international speaker covering metaphysics, spirituality and personal transformation. Her work explores consciousness, human potential, and the deeper characteristics of reality from a transcendental perspective and her approach to these subjects have been described by many as “clear and easy to understand” in covering an otherwise complex and esoteric subject matter. Alexis' mantra: If you dare explore the mystery, Universe will more than meet you half way!
«Previous Post
The Secret to Manifestation – Tell Your Brain to Change Its Mind!»Next Post
How to Get Those Intuitive Juices Flowing