EMF and Your Health – What You NEED To Know 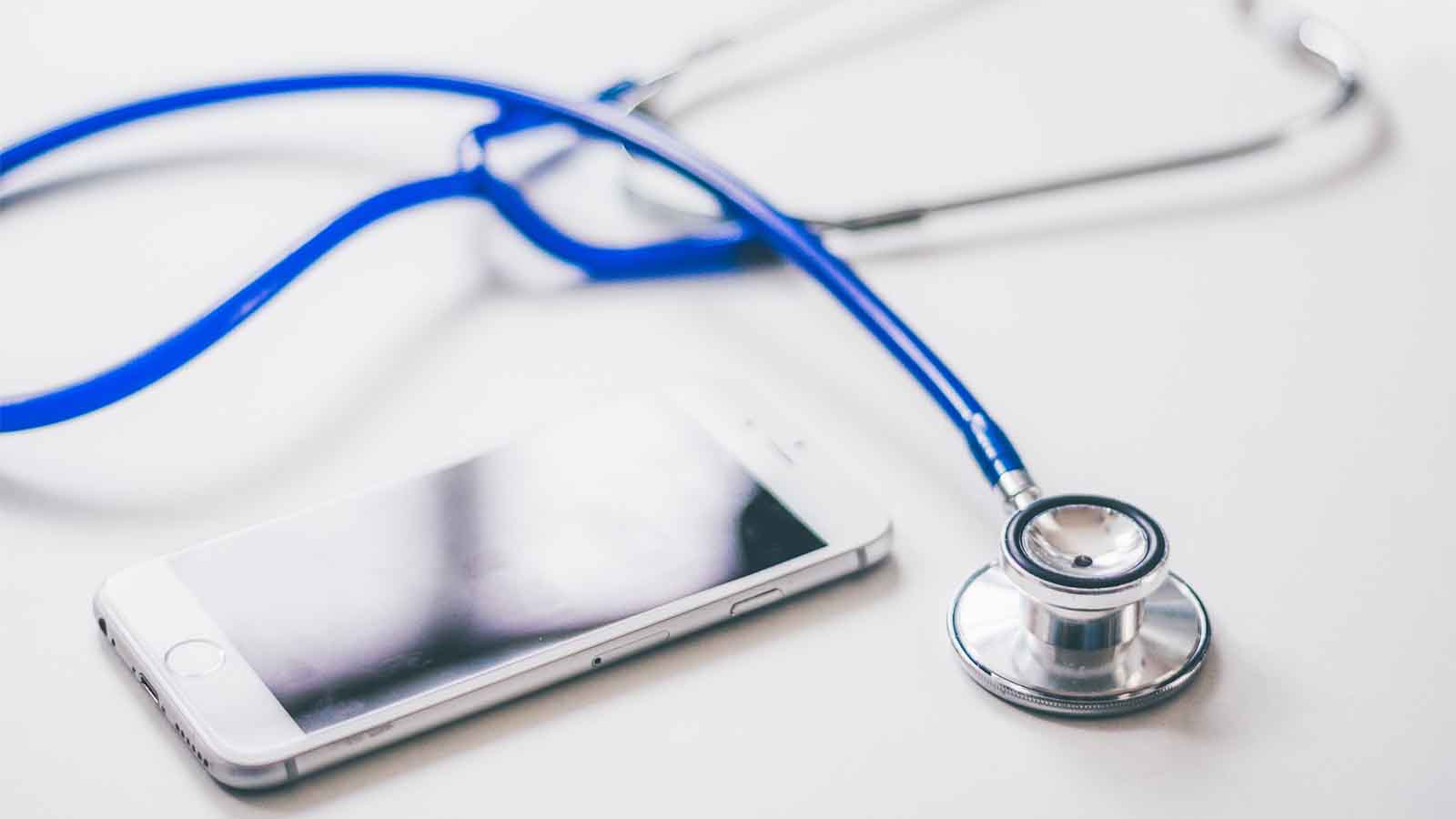 First question: What is “EMF?” Answer: electric and magnetic fields or electromagnetic fields. They are described as “invisible areas of energy, often referred to as radiation (Dictionary of Environmental Health), that are associated with the use of electrical power and various forms of natural and man-made lighting.”

Next question: Does EMF pose any risk to an individual’s health? Answer – YES!

I’ve been somewhat aware of the risks of EMF exposure, particularly with the increased usage of a growing array of portable technology. We are literally being bathed in EMF on a daily basis, and although there has been some measure of precaution given to the public by our so-called health officials and institutions, the severity of the effects of EMF have been no doubt, played down.

On occasion, when the opportunity presents itself, I’ll remind those I’m speaking with about the dangers of EMF and ways we might mitigate the risks. Personally, I’ve made it a habit of not bringing any devices (cell phones, tablets, laptops, etc.) into our bedroom – at all!  I have also used minerals such as hematite in the bedroom and alongside my computer to fend off EMF bombardment. Hematite is known to be a “grounding stone” and thus may have the ability to ground our own energy field thereby making us less susceptible to EMF harm.

Some say that even TV’s, alarm clocks, and landline phones should also be eliminated from our sleeping space as it seems that our brains can be more susceptible to negative EMF’s when we are sleeping. Recently I’d heard that even something as seemingly benign as wire box springs can act as a literal conduit for EMF’s whereby increasing the potency and transmission of these frequencies.

That said, there are other measures we can take to lessen our risk from these offensive frequencies. Here’s a great article that highlights 10 ways to do just that!

10 Ways to Protect Against EMF Emissions

Technology is all around; in fact, it’s almost inescapable for anyone living in the modern world. Cell phones, microwaves, cars, jets, computers, stereos, and other electronic devices are just some of the many electronic gadgets which all emit some degree of Electromagnetic Frequency (EMF). The health degeneration caused by constant bombardment of these frequencies has been shown to be quite damaging; therefore it is a necessity to gain awareness of what EMF’s are and how to protect oneself.

Electromagnetic waves are made from the movement of electrically charged particles. These electromagnetic waves are known as ‘electromagnetic radiation’ because they radiate from those electrically charged particles. In a typical environment, they can go through air, empty space, and most other substances. The book “Earthing” by Clinton Ober clues more in on why the human vessel can be in jeopardy living amidst all these waves, but in essence, abnormal disconnection from the Earth’s surface makes one more susceptible, and in the long term it seems EMF rays can cause health havoc.

Scientific studies have listed the following as possible effect from EMF’s: mood disorders, cancer clusters in places with high voltage power lines, allergies, stress, and fatigue. From a variety of sources, evidence points to the supported conclusion that this radiation is very harmful.

Recent findings also show that electromagnetic frequencies emitted from cell phones can cause or speed tumors in the head. While it has not been thoroughly studied, more signs show that that EMF’s may be linked with Amyotrophic Lateral Sclerosis (ALS or Lou Gehrig’s Disease). The Cleveland clinic even announced that cell phone radiation is linked with lower sperm.

The health implications are many, but there are a variety of ways you can protect yourself and family from EMF waves.

Until the last couple hundred of years, humans primarily walked barefoot and were outdoors most of the day. Science shows that an actual energetic grounding occurs when one has contact on natural surfaces, even to a point where harmful EMF can travel over the body. It’s shown that through earth connection, one becomes more alkaline, less stressed, and has improved immune system, among other benefits.

If you work in an office space in the concrete jungle of the city, make an effort to have natural plants indoors, spend a portion of your free time at home outside or on the grass during breaks, and make an effort to walk barefoot when possible.

New technologies – some sketchy, some very reliable – have emerged as alternative means to protect from damaging EMF’s. Quantum Balance necklaces are one example, alternative and attractive pendants which are shown to shield one from the majority of frequencies. Research for one that suits your personal needs.

You can find a bio-electric shield for your home or apartment, somewhat of a necessity especially if you are in range of neighbor’s Wi-Fi or own many electrical appliances. Brands vary, but search for a reliable, well-tested, and scientifically backed energy neutralizer.

Besides wasting energy, electronics when plugged in emit higher EMF’s. Coffee pot, curling iron, microwave, printer, computer, etc…, if it’s not in use, save energy and curb the damage you may be doing to yourself.

Keep your bedroom clear from as many electrical conveniences as possible. Never leave your laptop around your sleeping area; within 3 feet of your head, EMF emitting technologies can interfere with your sleep and inhibit your regenerative patterns through the night.

Cozying up on the couch with your laptop may seem convenient, but it is not recommended. Laptops emit the strongest frequency when plugged in and charging (when the battery is closest to your hands), so work away from its charger and avoid using the computer on your lap. Whenever possible, strive to avoid working directly on a laptop computer by plugging in a secondary keyboard and mouse to help lessen your exposure (this is especially helpful if you are working on your laptop for extended periods of time).

7. Avoid installing Wi-Fi in your home

In October of 2007, the German government advised its public to avoid using wi-fi because of the possible health risk they pose. Strong waves from Wi-Fi, which emit electromagnetic radiation even when they aren’t in use, can be curbed by avoiding the installation of cord-free internet. Use the free internet at the cafe down the street instead and save some money while you’re at it.

When using a cell phone, use the speaker or headphones. Do not use a Blue-tooth wireless headset: combined with the phone, it can exceed even the current inadequate safety limits.

The lights you install at home can also make a difference. Avoid installing low-voltage (12 volt) halogen, fluorescent tube and energy-efficient compact fluorescent lighting (CFL). Virtually all of these energy efficient technologies can throw a nasty EMF from their ballast or transformer. They also create ‘dirty electricity’ (high frequency radiation that emanates from your home’s wiring). The good news is that cleaner LCD lighting technology is just around the corner, so wait for it to develop and lower in price before doing major lighting upgrades.

A better place for your phone is in your backpack, purse, or briefcase; electromagnetic radiation diminishes rapidly beyond 3 feet, making it a safer option. A cell phone is relatively neutral to carry on your person if in ‘flight’ mode or ‘off line; however, if that is not an option, favor keeping the keypad positioned towards your body and the battery facing outward. Another tip is to exchange the side of your head you normally talk on with the phone.

You may not be able to escape from technological tools which, let’s face it, have transformed modern day living substantially, but you can alter the degree of electromagnetic radiation which targets your body. Utilizing the above tips, you can safeguard your health and future in a subtle, but surely important, way.

Studies on DNA Damage due to EMF

The New World “Order” – Take Back YOUR Power to Heal

Crystal Energy – What it Is and How it Works (Part Two)

Crystal Energy – What it Is and How it Works

Alexis Brooks is the editor-in-chief of Higher Journeys, an award-winning talk show host, #1 best-selling author, and international speaker covering metaphysics, spirituality and personal transformation. Her work explores consciousness, human potential, and the deeper characteristics of reality from a transcendental perspective and her approach to these subjects have been described by many as “clear and easy to understand” in covering an otherwise complex and esoteric subject matter. Alexis' mantra: If you dare explore the mystery, Universe will more than meet you half way!
«Previous Post
The Shadow Being Phenomenon – A DEEPER Look!»Next Post
The New World “Order” – Take Back YOUR Power to Heal