Pastor Instantly Healed by an Extraterrestrial – Amen to That! 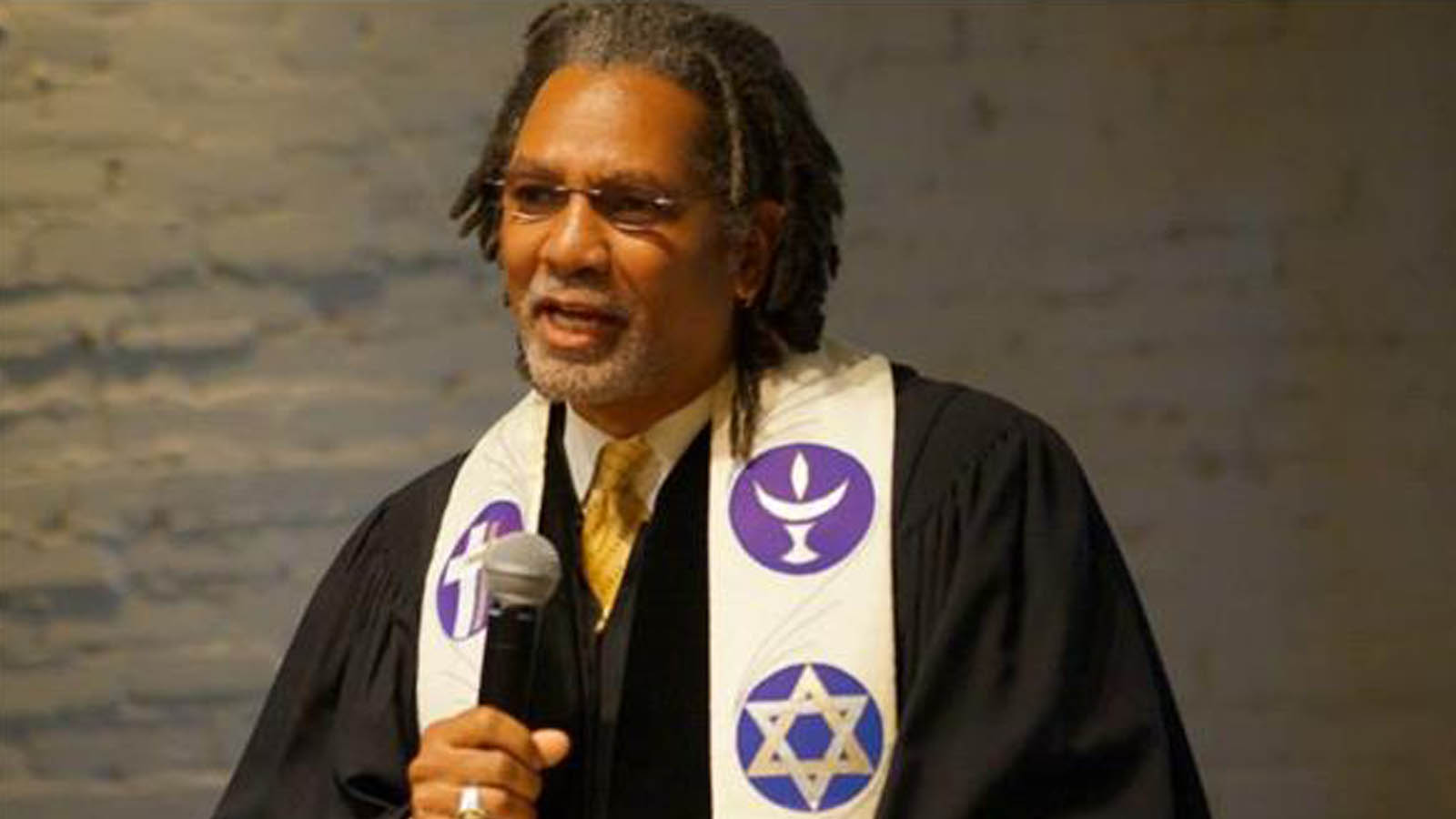 After a “tall blond muscular” being showed up in Reverend Michael JS Carter’s bedroom in 2013, his life would never be the same!

If you’re a fan of the hit documentary series Ancient Aliens, this name might well ring a bell.

Reverend Michael JS Carter, an ordained minister, author and experiencer of multiple encounters with non-human intelligence recently shared his own miraculous healing that very well may have saved his life.

Let it be noted that Rev. Carter is an open-minded, intelligent and pragmatic individual. That said, his courage in sharing his very personal and life-changing encounters with “ET” are potentially paradigm shattering to a mainstream that is still loathed to untether itself from “reality as usual!”

As Editor for our blog here at Higher Journeys, I’m so delighted to share this story with you and also announce that Michael has become our most recent Senior contributor for the blog.

Be sure to visit Michael’s Higher Journeys Blog Contributor Page!

We look forward to many insightful entries from Michael and to hear more from his own personal journey!

Welcome to the Higher Journeys family my friend!

Michael Carter’s leg was swollen to the size of a tree trunk but he thought it was just a muscle injury when he hobbled into his doctor’s office in late January 2013.  Wrong!  His right leg was so huge that the doctor asked him “Are you driving?  Is someone with you?”

No one was with Michael so the doctor told him to get in a cab and go immediately to a nearby facility for an ultrasound.

“I went there and they told me I had one continuous blood clot from my ankle to the groin area and if it burst it would be the end of me,” Michael says.  “I asked if it would hurt and they said I would never know what hit me.”

In an effort to dissolve the monster clot, Michael’s doctor put him on the blood thinner Coumadin.  “And I was injecting myself in my stomach with another blood thinner.”

About five months later when July 4th rolled around, Michael’s leg was still badly swollen but a miracle was about to happen.

“I went to bed early and was tossing and turning,” he says.  “I usually sleep on my stomach and I turned my head and there was a being in my room.  He was almost as tall as my ceiling, maybe seven feet tall.  He was very pale with blond hair that almost touched his shoulders and his eyes were blue.

“He’d been standing there no more than 30 seconds because I could feel his presence. He was wearing a brown robe like monks used to wear back in Renaissance times.  It had a little cord belt and the hood was not on.  He was very well built.  I could see his muscles through the robe; that’s how built he was.  At his neckline, a sky blue shirt was peeking out.

“He looked at me; I looked at him.  Then he stuck his hand out toward me and an apple green light came out from the palm of his hand and hit me in my stomach area.  He said nothing and I didn’t feel anything. Then he dissolved right before me.  His molecules just dissolved.

“When I got out of bed, I looked down and my leg was completely normal.  Believe me; I couldn’t wait to share my out-of-this-world miracle with someone.  So I called Preston Dennett, a friend who lives on the West Coast and would still be up.

“I said, ‘Hey, man, since you’ve written a book about UFO healings, let me tell you what just happened to me.’  When he heard my story, he said ‘Wow! Do you mind if I put that in my next book?’ Of course I didn’t mind.  His earlier book ‘UFO Healings’ is like a Bible to me.

Read The Healing Power of UFOs by Preston Dennett 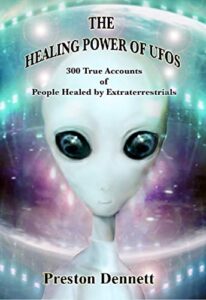 “About a week after that, I was meditating and in my third eye and two Pleiadians showed up.

They had longer blond hair and were wearing blue tight-fitting shirts or suits; I don’t know which because I could only see them from the pecks up.  My eyes were closed but I blinked them open and shut and the two were still there.  Then they just faded away.  I took it as a way of letting me know they were around me.

“As for my doctor, he seemed so befuddled by my instant healing that all he could do was press me with questions:  ‘What happened?  How did this happen?  How did it happen so quickly?’

“I wasn’t going to tell him what actually happened, so I said, ‘Listen, I don’t know how it happened but aren’t you happy for me?  Aren’t you happy I don’t have the clot anymore?’”

I recently spoke with Michael during our Patreon after show about his miracle healing and couldn’t help but wonder why there was such a sense of disbelief on the part of the primary physician caring for Michael when he was questioned as to how the healing occurred?

Fortunately, Michael having a keen sense about the inability for many to relent to the idea that miracles do happen without an explanation that most can justify, had the good sense to just ask, “Aren’t you happy for me?”

At times it is best to leave the miracle to the realm of the unseen and allow those who are willing to embrace the idea that reality is far more vast than we understand to arrive at their position in their own way and on their own terms. This is what individual discernment is all about.

Bravo Michael for your courage and your fortitude as we move swiftly into this New World!

Access our members-only after show with Michael JS Carter to learn more about his “alien healing” and his adventures with non-human intelligence!

Alexis Brooks is the editor-in-chief of Higher Journeys, an award-winning talk show host, #1 best-selling author, and international speaker covering metaphysics, spirituality and personal transformation. Her work explores consciousness, human potential, and the deeper characteristics of reality from a transcendental perspective and her approach to these subjects have been described by many as “clear and easy to understand” in covering an otherwise complex and esoteric subject matter. Alexis' mantra: If you dare explore the mystery, Universe will more than meet you half way!
«Previous Post
Our Current Madness – Can We Blame It on a Simulated Universe?»Next Post
Sai Baba Comes Through the Veil: Gives a Powerful “Pandemic” Message!