Past Lives Unveiled! with Barry Eaton and Kathryn Hand

Can we un-peel the layers of life’s challenges by examining our past lives? Two experts in the field say, “YES!”

Past life regression. The very idea has long held a sense of taboo in the mainstream of psycho-therapy.

What was once relegated to the woo woo and nonsensical of mental health is now gaining momentum and credibility among the masses.

It was my pleasure to welcome researcher and author of Past Lives Unveiled, Barry Eaton to Higher Journeys.

Barry is one such individual who feels that our embracing regression as a viable form of personal therapy is a key component in solving the myriad challenges that plague millions of us on this planet.

Kathryn Hand, a regression therapist who is highlighted in Barry’s latest book also joined our conversation to add her perspective on the why and how of past life regression as a breakthrough therapy for this new age.

Both share their own journey into this burgeoning field and why many of us should consider regression therapy as a part of our overall wellness plan. 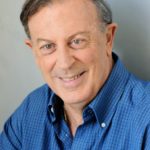 Barry Eaton has wide international experience in all areas of the media and entertainment industries. He is a well known radio and TV presenter, having spent many years with the Australian Broadcasting Corporation and various commercial radio and TV stations. His profile embraces news and sports anchoring, lifestyle shows, current affairs, talk back radio and he produces hosts the internet radio program RadioOutThere.com now in its 11th year, enjoying a worldwide audience.

As a writer he has scripted and narrated many documentary films and corporate presentations and written numerous feature stories for magazines and newspapers on everything from astrology to travel.

His first book ‘Afterlife – Uncovering the Secrets of Life After Death’, tracing the journey of the spirit in between incarnations, was published in 2011 by Allen and Unwin in Australia and New Zealand and now published in the US by Tarcher, an imprint of Penguin Books. It is now released in Hungary, The Czech Republic and Slovakia in the language of each country.  The third part of the Afterlife Trilogy, “Past Lives Unveiled, A Fresh New Look at Reincarnation” will be released in early 2019.

Barry is a qualified astrologer, psychic and medium and in 2012 did what he terms a postgraduate course in mediumship at the world famous Arthur Findlay College in the UK. He was also given the 2012 Hall of Fame Award by the Australian Psychics Association.

Barry is also an accomplished speaker and has spoken about the afterlife at The Nexus Conference in 2012 and again in 2014. He helped produce Australia’s inaugural Afterlife Conference in Sydney in 2015, at which he not only one of the speakers, but also MC for the three day event. He spoke at and also MC’d the second and third Afterlife Conferences in Melbourne and Byron Bay Australia in 2016 and 2017.

In his mainstream career he co-hosted the spectacular ANZAC Military Tattoo at Sydney’s Superdome in 2006 and then hosted The Tattoo Spectacular in Perth in 2007.  Barry originally trained as an actor and has appeared in a number of films, stage productions and TV shows in a wide range of roles.

As Head of the Faculty of Journalism at Macleay College in Sydney, Barry lectured in radio journalism and production from 1995-99. He has also has wide corporate experience, running his own company, which  embraced  media consulting, video and audio production and special event marketing and publicity.

He is still in demand as a voice over artist/actor and has narrated a series of wildlife documentaries which are often seen on cable TV. Visitors to the Australian War Memorial in Canberra will hear him narrating the video presentations in the Korea and Vietnam Gallery. Barry’s voice is also heard guiding motorists on a GPS navigation system for certain vehicles such as Jaguars, Land Rovers etc. 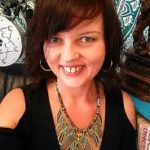 Kathryn Hand is a qualified Clinical Hypnotherapist and EFT Practitioner. She obtained her Diploma of Clinical Hypnotherapy and Certificate of Neuro-Linguistic Programming from the Australian College of Hypnotherapy in Sydney, one of only three Government accredited colleges in Australia. Kathryn has undergone Womb Work and Past Lives Regression training, Hypnoenergetics training, and Level III EFT training.  She is a member of the Newton Institute.

​Kathryn is the Co-organiser of Consciousness Conferences in Australia, co-founder of My Child’s Past Life and has conducted many radio inteviews, written articles in New Dawn and Living Now and conducted a Past Life sesion on an Australian TV reality show. Kathryn has been a trainer of EFT courses ‘Heal Your Critical Mind’ through Macquarie Community College and given talks about EFT, Past Lives and Life Between Lives.

Roberta Grimes – Irrefutable Evidence: The Afterlife is Real and FUN!

Alexis Brooks is the editor-in-chief of Higher Journeys, an award-winning talk show host, #1 best-selling author, and international speaker covering metaphysics, spirituality and personal transformation. Her work explores consciousness, human potential, and the deeper characteristics of reality from a transcendental perspective and her approach to these subjects have been described by many as “clear and easy to understand” in covering an otherwise complex and esoteric subject matter. Alexis' mantra: If you dare explore the mystery, Universe will more than meet you half way!
«Previous Post
Penney Peirce – How to Access the Subconscious Mind – It’s a WHOLE NEW WORLD!»Next Post
Alan Stivelman – A Conversation with the Creator of Witness of Another World