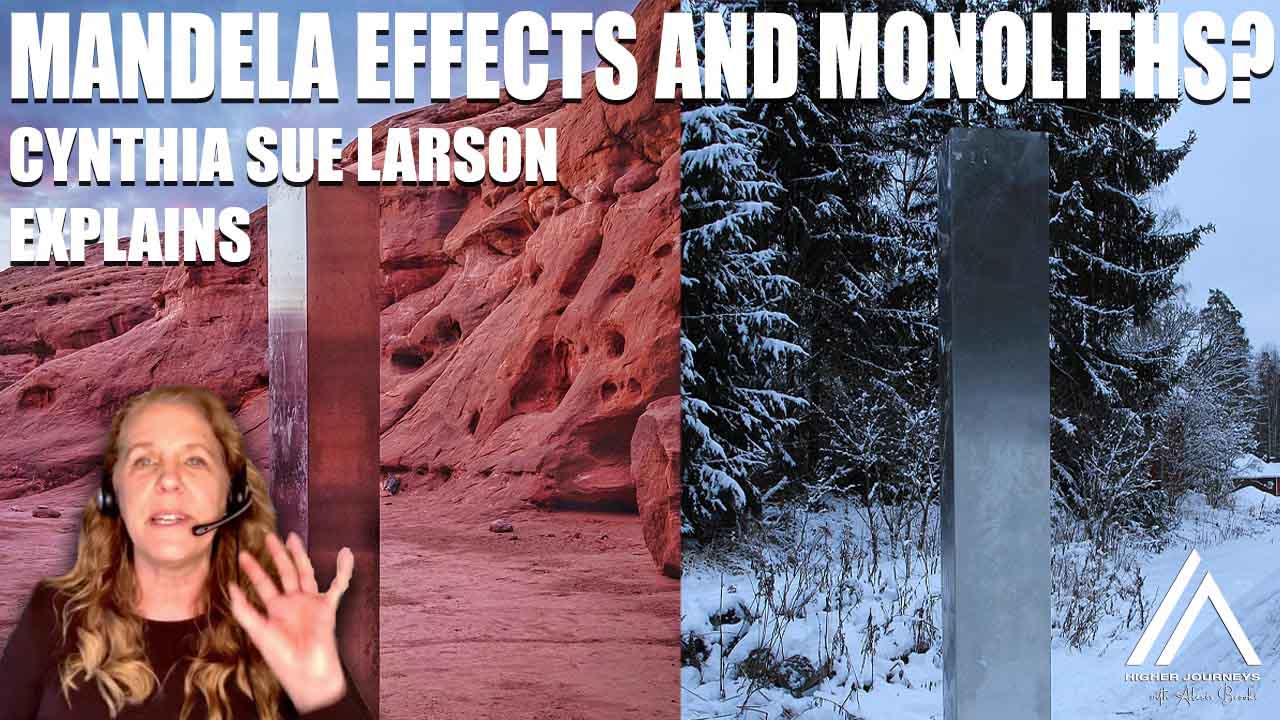 Long before the so-called Mandela Effect phenomenon made it to the A-list of conspiracy sites and alternative news hubs, Larson was diving deep into the physics of what is also known as the ME.

Decades later, the once fledgling theory that some ardent skeptics insist is nothing more than collective false memory, Larson says has science to back up the fact that ME is much more than a mere collective brain hiccup.

In quantum terms, could we actually be dealing with an entangled “dance” between time, space, our brains and reality? Moreover, is consciousness at the heart of it all? Larson says absolutely!

In this episode of Higher Journeys, Cynthia Sue Larson will also reveal what she feels may be a “Mandela Effect” aspect when it comes to understanding part of the significance of the recent sightings of the silver (and gold) monoliths appearing around the world.

Other “strange” phenomena include the rare rainbow animals showing up and how our own human visual spectrum may be expanding!

Lots of updates on all things consciousness and the Mandela Effect, so be sure to watch/listen to the ENTIRE episode!

Watch the After Show with Cynthia Sue Larson on Patreon

Cynthia Sue Larson leads the International Mandela Effect Conference. Learn more about what the organization is doing to bring ME’s to the forefront!

Dr. Robert Davis – Synchronicity, the Illusion of Time and the Unseen Realm

Alexis Brooks is the editor-in-chief of Higher Journeys, an award-winning talk show host, #1 best-selling author, and international speaker covering metaphysics, spirituality and personal transformation. Her work explores consciousness, human potential, and the deeper characteristics of reality from a transcendental perspective and her approach to these subjects have been described by many as “clear and easy to understand” in covering an otherwise complex and esoteric subject matter. Alexis' mantra: If you dare explore the mystery, Universe will more than meet you half way!
«Previous Post
Moldavite and How My Life Purpose Became “Crystal Clear”»Next Post
Psychic Medium John Edward: Disbelievers Step Aside – Connecting with the DEAD is Real LIFE!