Miguel Mendonca – Looking for ET Disclosure in All the WRONG Places

Top-Down ET Disclosure? Forget About it!

Miguel Mendonca is not just an author. He is an explorer; an adventurer determined to make sense out of the schism AND potential of humanity.

Not afraid to delve deep beneath the surface of reality, he continues on this quest with his latest volume in a trilogy of revelation, entitled Being with the Beings, the How and Why of ET Contact. In this, our third interview together, we discuss Miguel’s personal journey and the philosophy that continues to shape up for him based largely on the material you will find in his books – that being the multitude of experiencers he’s interviewed extensively about their own journey of Contact.

Audio – Soundtracks from We Are the Disclosure including Mary Rodwell

Book: 44: Based on an Ex-Soldier’s True Story of Life-Long Encounters Involving Alien Abduction, Men in Black, A Serial Killer and Persecution by the Freemasons by Bill Brooks and Joanna Summerscales

Book: The Seventh Sense – The Secrets of Remote Viewing as Told by a “Psychic Spy” for the U.S. Military by Lyn Buchanan 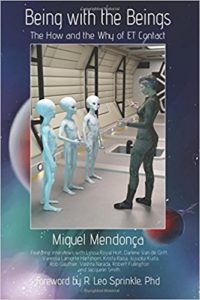 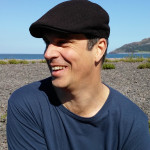 Miguel Mendonça is an Anglo-Azorean author based in Bristol, England. After studying and working in forestry and horticulture, he gained an honors degree in geography and history then studied social science and environmental ethics at postgraduate level. He worked in the sustainability field, specializing in renewable energy policy. While serving as Research Manager for an international NGO he lectured widely and wrote textbooks, articles and papers, providing an evidence base for campaigners to push for new or better renewable energy laws. After publishing a collection of short fiction in 2011 he began to research the ET field in depth, and in 2015 he co-authored Meet the Hybrids with Barbara Lamb, a study of the lives of eight ET-human hybrids living on Earth. In 2016 he authored We Are the Disclosure, a two-part people’s history of ET-human interaction, featuring interviews with 27 people who have been involved in the subject for a combined total of around 700 years.

Alexis Brooks is the editor-in-chief of Higher Journeys, an award-winning talk show host, #1 best-selling author, and international speaker covering metaphysics, spirituality and personal transformation. Her work explores consciousness, human potential, and the deeper characteristics of reality from a transcendental perspective and her approach to these subjects have been described by many as “clear and easy to understand” in covering an otherwise complex and esoteric subject matter. Alexis' mantra: If you dare explore the mystery, Universe will more than meet you half way!
«Previous Post
How to Escape The Matrix – It’s Not What You Think!»Next Post
ET Contact vs. Spiritual Awakening – Is There a Connection?