The Secret to Manifestation – Tell Your Brain to Change Its Mind!

With so many secrets to the art of manifestation, the simple act of breaking routine may be the key to getting what you want!

All I did was switch up my shower routine and I won four thousand dollars, yup – $4K – just like that!

Was this welcomed sum of money mere coincidence or something more? 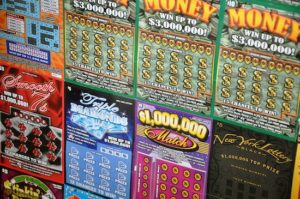 Sure, I suppose the stars were aligned for me on that exciting day when I decided to pop in to the corner store, pick up a lottery ticket – something I rarely do and come home to find I’d won a nice little sum of money!

When we think of the idea of conscious manifestation – the art of creating a desired reality for ourselves, often we turn to intricate and too often ritualized processes done faithfully on a regular basis in order to shift reality in our favor. But what if it’s the breaking of routine and removing the act of repetition – yes, even daily affirmations that might be triggering a reality shift?

It was on the day I did just that, although at the time not realizing its possible potency, that was followed by a mini windfall of sorts, and what inspired a chapter in my book Conscious Musings called Want Change? Break Your Routine.

Listen to this episode of Conscious Commentary to find out how I arrived at an hypothesis that routine-busting me be the silver bullet that pierces the veil of mundane reality and brings the act of manifestation a lot closer to you!

In Conscious Musings Alexis Brooks reminds us that the perfect world we are looking for might already be here…I was particularly intrigued by the idea that a simple change in one’s daily routine can be a pre-cursor to change in other areas of life.
-William Buhlman, OBE expert and Best-Selling Author of Adventures in the Afterlife

Alexis Brooks is an award-winning broadcast journalist, #1 best-selling author of Conscious Musings – Contemplations to Transform Life and Realize Potential and is the host of the popular Higher Journeys Radio program, presented in association with Conscious Life News. Visit Alexis on Facebook, Twitter, and YouTube!

Alexis Brooks is the editor-in-chief of Higher Journeys, an award-winning talk show host, #1 best-selling author, and international speaker covering metaphysics, spirituality and personal transformation. Her work explores consciousness, human potential, and the deeper characteristics of reality from a transcendental perspective and her approach to these subjects have been described by many as “clear and easy to understand” in covering an otherwise complex and esoteric subject matter. Alexis' mantra: If you dare explore the mystery, Universe will more than meet you half way!
«Previous Post
FREE’s Rey Hernandez – ET Contact and the Multiverse»Next Post
Richard Dolan – False Flag Operations and the Back Story That You Need to Know!