Linda Moulton Howe – UFO Secrecy Mandates & the Push for Disclosure, Is it Coming in 2021? 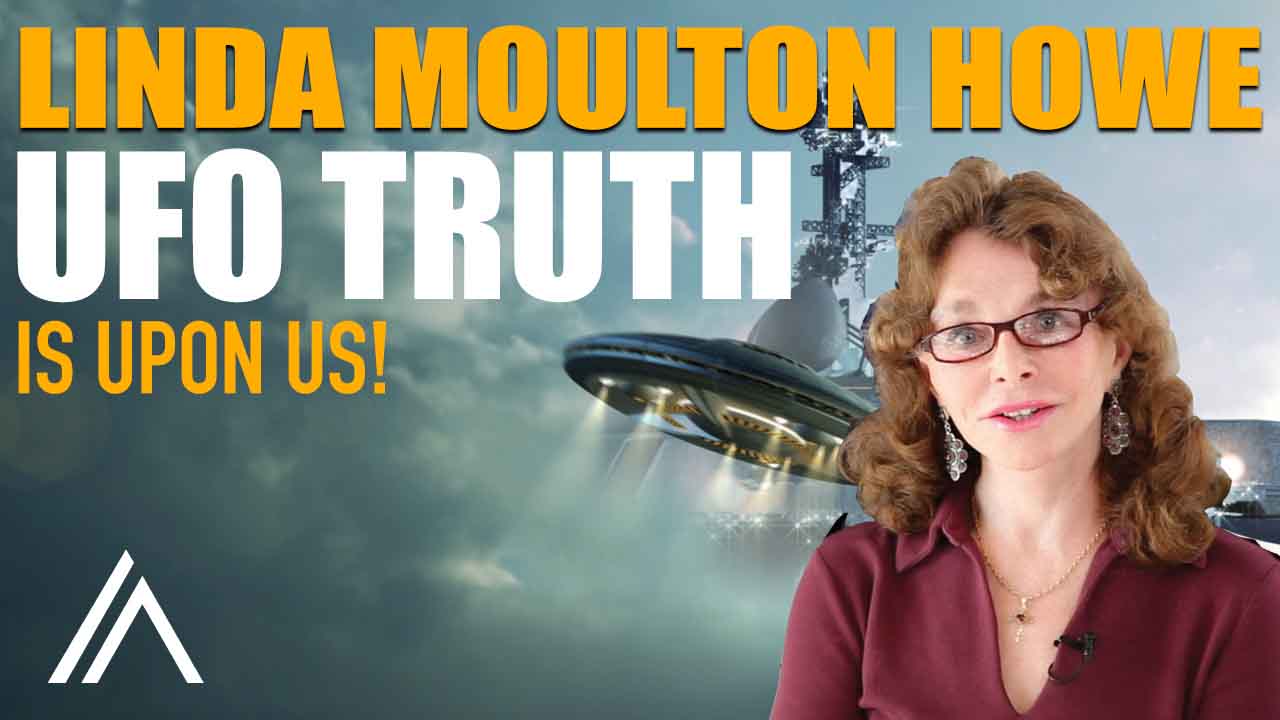 Investigative reporter Linda Moulton Howe weighs in on her thoughts about what the UFO “secrecy mandate” is really all about.

Linda Moulton Howe, well respected UFO researcher and truth seeker sat down with Higher Journeys’ own Alexis Brooks to share what she feels is really behind the secrecy mandates of UFOs and UAPs as far as official “narratives” are concerned.

With the much anticipated (and unclassified) report slated to be released to Congress in June of 2021, how much will the public actually learn about what our government has known about UFOs, UAPs and possibly alien life itself?

Regardless of what may come into public view, there’s a lot more going on behind the scenes, including the possibility of knowledge that some sources have about how alien life may be “traveling” in and out of our space. Is this happening via a form of portal technology – one that would allow for a dimensional “doorway” to be opened and the beings to come through? What are the physics that would allow this doorway to be opened up in the first place? If there is a physics to make this so, what do some governments know about such a technology?

Linda Moulton Howe explains what she’s learned about portal technology and what she feels some official entities may be doing to purposely shut down these cracks within our space-time. More specifically, are they intentionally blocking the collapsing magnetic fields around our planet? If this is the case, how are they doing it and most importantly, why?

Linda feels that this process is directly linked to how advanced intelligences (AKA extraterrestrials) can almost instantaneously move from point-to-point within and around our own planet and beyond. But it goes MUCH deeper than this! Ultimately, to what lengths have some of our official sources taken to keep the truth about alien life from us and why does Linda feel that we’re inching ever closer to knowing that truth, once and for all? We also discuss what has been discovered underground. Could it be an alien presence? How is all of this connected to what’s been said to be known about what’s on Mars and inside of the moon?

Lots of questions… Listen as Linda Moulton Howe breaks down all of the dimensions to this still GREAT mystery!

This interview was recorded on-location in Indian Wells, California during the 2018 Contact in the Desert UFO Conference

Consider supporting the work of Higher Journeys on Patreon and get exclusive monthly membership benefits!

Alexis Brooks is the editor-in-chief of Higher Journeys, an award-winning talk show host, #1 best-selling author, and international speaker covering metaphysics, spirituality and personal transformation. Her work explores consciousness, human potential, and the deeper characteristics of reality from a transcendental perspective and her approach to these subjects have been described by many as “clear and easy to understand” in covering an otherwise complex and esoteric subject matter. Alexis' mantra: If you dare explore the mystery, Universe will more than meet you half way!
«Previous Post
Kathleen Marden – UFO Disclosure in 2021, Sixty Years AFTER The Betty and Barney Hill Abduction Case»Next Post
Breaking Free From Shame – 4 Steps To Take Back Your Power