Linda Moulton Howe and Barbara Lamb – The Galactic War Beneath Our Feet?

Galactic War – Not Just the Stuff of Star Wars Anymore!

Is there a galactic war happening right under our feet?

As if the wars that we are seeing play out on the surface of the earth weren’t enough to rattle our cages, the RATTLING or as Linda Moulton Howe describes as “big booms,” that’ve have been steadily reported since 2011 may be indicating that humans are in an all out battle with non human forces – underground.

I spoke with Linda, along with crop circle expert and hypnotherapist Barbara Lamb about the increasing anomalies that refuse to relent from our reality. What are they indicating?  And when, if ever, will we find out what’s REALLY going on?

Listen to what Linda and Barbara have to say about the real life Star Wars that may be happening right beneath our feet!

“What is the state of our back-engineered extraterrestrial technology and secret wars both underground and in outer space?” – Linda Moulton Howe 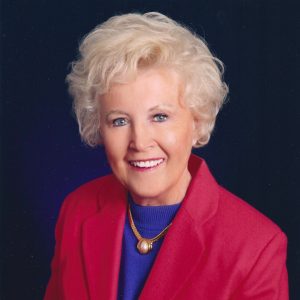 Barbara Lamb specializes in Regression Therapy with people who experience encounters with extraterrestrial beings.  Trained in Regression Therapy for several years during the 1980s by
the Association for Past Life Research and Therapies (APRT), she began working with ET experiencers in 1991.  She has conducted regressions with more than 800 people totaling more than 1,800 regressions to these types of encounters.

Barbara has taught workshops for Regression Therapists to train them in doing regression therapy with experiencers of extraterrestrial contact through the following organizations:  The Association for Past Life Research and Therapies (APRT), the Professional Institute for Regression Therapy (PIRT), the International
Board of Regression Therapies (IBRT), and other training agencies.  She is currently the President of The Academy of Clinical Close Encounter Therapists (ACCET), and is a Board Member of The Journal of Abduction- Encounter research (JAR).

Over the past 20 years Barbara has presented lectures on the subject of extraterrestrial encounters across the United States, Canada, England and Belgium, including to the International UFO Congress, The Bay Area UFO Expo, Star Knowledge Conferences, Whole Life Expos, Brain-Mind Symposiums, and various Mutual UFO Network chapters.  She has been interviewed on numerous national television shows including Encounters, The Other Side, The Learning Channel, The History Channel, Discovery Channel, and WE Channel.  She has also been interviewed on various radio pro-grams, on the air and on the Internet.  Barbara, also a noted crop circle researcher, co-authored her first book, Crop Circles Revealed, with Judith K. Moore in 2001.  She co-authored her second book, Alien Experiences, with Nadine Lalich in 2008. Her latest book Meet the Hybrids was co-authored with UK based researcher Miguel Mendonca.

Learn more about the work of Barbara Lamb.

Linda Moulton Howe is a graduate of Stanford University with a Masters Degree in Communication. She has devoted her documentary film, television, radio, writing and reporting career to productions concerning science, medicine and the environment. Ms. Howe has received local, national and international awards, including three regional Emmys, a national Emmy nomination and a Station Peabody award for medical programming. Linda’s documentaries have included A Strange Harvest and Strange Harvests 1993, which explored the worldwide animal mutilation mystery. Another film, A Prairie Dawn, focused on astronaut training in Denver. She has also produced documentaries in Ethiopia and Mexico for UNICEF about child survival efforts and for Turner Broadcasting in Atlanta about environmental challenges.

In addition to television, Linda produces, reports and edits the award-winning science, environment and earth mysteries news website, Earthfiles.com. In 2003, Earthfiles received an Award for Standard of Excellence presented by the Internet’s WebAward Association. Earthfiles also received the 2001 Encyclopaedia Britannica Award for Journalistic Excellence. Linda also reports science, environment and earth mysteries news for Clear Channel’s Premiere Radio Networks and Unknowncountry.com. In 2005, she traveled to Amsterdam, Hawaii, and several other U. S. conferences to speak about her investigative journalism.

In 2004, Linda was on-camera TV reporter for The History Channel’s documentary investigation of an unusual August 2004 cow death in Farnam, Nebraska. In November 2009, Linda was videotaped in Roswell, New Mexico, to provide document research background for a 1940s American policy of denial in the interest of national security about spacecraft and non-human body retrievals for a 2010 History Channel TV series, Ancient Aliens.

In 2010, Linda was honored with the 2010 Courage In Journalism Award at the National Press Club in Washington, D. C., by the Paradigm Research Group’s X Conference. She has traveled in Venezuela, Peru, Brazil, England, Norway, France, Switzerland, The Netherlands, Yugoslavia, Turkey, Ethiopia, Kenya, Egypt, Australia, Japan, Canada, Mexico, the Yucatan and Puerto Rico for research and productions.

Learn more about the work of Linda Moulton Howe.

Alexis Brooks is the editor-in-chief of Higher Journeys, an award-winning talk show host, #1 best-selling author, and international speaker covering metaphysics, spirituality and personal transformation. Her work explores consciousness, human potential, and the deeper characteristics of reality from a transcendental perspective and her approach to these subjects have been described by many as “clear and easy to understand” in covering an otherwise complex and esoteric subject matter. Alexis' mantra: If you dare explore the mystery, Universe will more than meet you half way!
«Previous Post
When multiple synchronicity strikes in quick succession what is it telling you?»Next Post
Synchronicity and the Other Side