Jon Rappoport – Behind and Beyond the Headlines

I had the privilege of once again speaking with veteran investigative reporter Jon Rappoport about the recent stories of sexual abuse. I wanted to get Jon’s weigh in on what, if anything may exist behind and beyond the headlines. But the conversation went much further.

What was woven was a tangled, interconnected web of corruption, collusion, and all out deception, and by all accounts, it is we the people who are being deceived on a scale unimaginable. 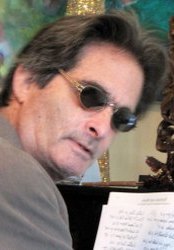