“I Can Heal Water” – A Star Child Speaks, Calls for Humanity to “Wake Up!” 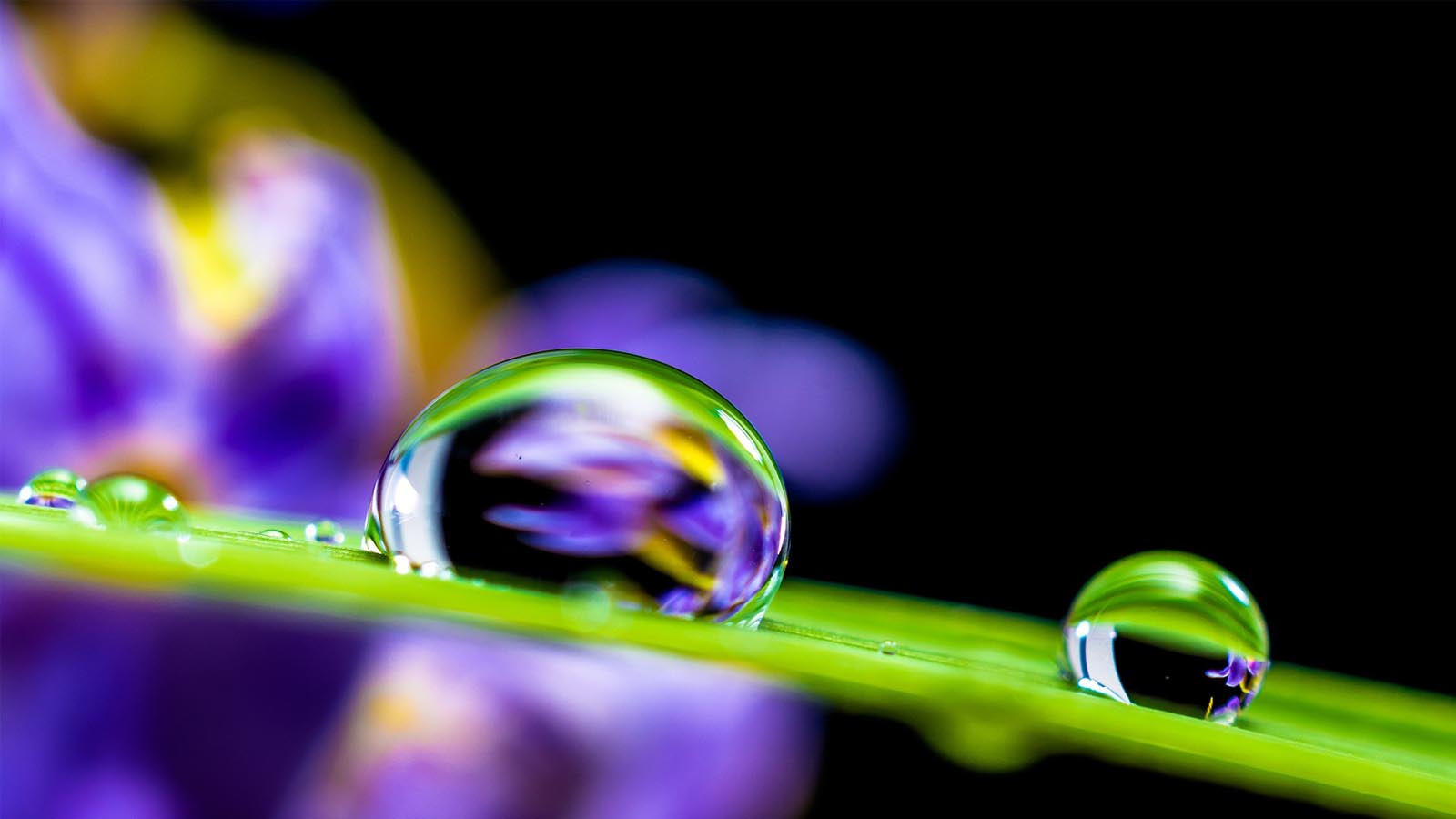 The idea that a 9-year old girl can heal water is astounding enough! Find out what else she can do and the message she has for humanity.

An Excerpt from the book The New Human by Mary Rodwell

I received the following email about a nine-year-old from Northern Europe who speaks about her ability to ‘heal’ water through star languages. She also gives her perspective on God and her Mission:

“Poor us. poor kids who come to volunteer; we have such a difficult time ahead of us, a real fight. I am here to help my family ‘wake up,’ EVERYONE is sleeping.”

“My nine-year-old daughter speaks ‘star languages’ to heal water. I live in Northern Europe and have four children. At the time of my first pregnancy, a ‘voice’ told me my children were not mine. They would only come through me. These children belong to no one. It wasn’t until recently that I was aware there were such things as extra-terrestrials.

My nine-year-old daughter is a special girl who finds the conventional world and rules difficult. She asks me why isn’t she allowed to do things her own way. Cathy has healing abilities and dictated some healing words in an ET language to purify water. I noticed the water actually tasted different afterward. She says that star languages are from a place outside of the Universe.

Cathy receives messages in ET languages and understands what they are saying to her. She says that they are important. I showed her your presentation, where a woman does healing and writes several ET languages. My daughter responded with joy and excitement, ‘She knows what I have written’.”

Astounding as Cathy’s claim may be, a scientist from Northern Europe is researching ways to energize water and explains how this could be possible. Dr. Ohlson (Ph.D.) is a Swedish scientist referred to previously as coining the term letter people.. She is also studying water and its properties.

“As a scientist, the spiral formations I’ve been working with in my water research, such as loading energy back in water, helps healing recharges and strengthens the energy field, the aura. Healing works on a cellular level, whether you believe it or not. The healing from my hands affected the protein binding to a gene P53, which plays a role in turning genes on and off. Rightly used, it could be bliss for humanity in rebuilding our earth.”

Masaru Emoto, the former Japanese scientist, demonstrated in numerous scientific tests, the crystalline nature of water and how it can be programmed, purified and changed by frequencies through certain types of music, prayer, and human intent.

Note: For studies that have demonstrated how frequency and intent can alter the crystalline nature of water see: Masaru Emoto and The Hidden Messages in Water.

“Cathy doesn’t use the word God as she says it’s misused. She calls It a ‘BEING’ who resides in the ‘DAY LIGHT.’ It is an ‘OVER TERRESTRIAL’. Day Light is where we all originate. God is not a man or woman. It has no gender. This Being sowed the seed of Light and Love, and it’s where the light and angels live.

Cathy has ‘helpers’ who guide and teach her. One of the beings is called ‘Emenoke’, a female and is blue, has no hair or ears; her eyes are like human eyes, only bigger. The green guide is male. She has a helper from Day Land (dimensions), who helps her understand what her guides tell her. She says ‘my friends are here all the time.’

“Cathy’s spirit ET friends have given her information in seven books (not real books, but this is the best way she can describe them).

All the books contain important information.”

Schools, Educational Systems – What is Wrong:

Cathy spoke via an interpreter on Skype:

“What they teach in schools is inaccurate. They program you like computers and shut out your light. There is nothing good about this system. The children are programmed, the teachers just push the keys. The children already contain the learning we need, but they don’t allow the children to expand on it and finish because we have to stop and do something else.

The information is set and rigid at school. The school programs are like a virus, it destroys what we have inside us and when we are like the computer, which is old, and we grow up, we will be finished. We lose access to information we had at the beginning.

But education is only one of the ways this happens. Our inner core can be destroyed by too much stress, facing multiple tasks, less sleep and more anxiety. We are deliberately destroyed.”

The Potential of Humanity, Imagination and Making Something a Reality:

“People need to know we can do anything we desire. When children play by using their imagination, it’s not just imagination. When we stop them by saying they can’t do this or that, it stops them making it a reality. What they are imagining can be a reality. What at this time we call imagination can be reality. We say it’s not possible, but everything is possible. We need to believe it, then we will have this capacity. When we rediscover what we can do, we can achieve our full potential.”

Humanity Has to Believe in Itself:

“It is difficult, because first of all, we don’t believe it, then if we believe but still have doubts, this prevents us from reaching this potential. We have to be at a point within ourselves to get in touch with our REAL truth in order to achieve this. There is a certain time we will achieve it, and if one person does, it will spread to other people, and this is the way it will start. But at what time I can’t tell you.”

Mary Rodwell and Alexis Brooks discuss the dynamics of the New Human on-location in Los Angeles.

Cathy shares why the star kids have come to this planet at this time:

“The star kids have come to show us the way. They are the ones to start the process, helping the rest of humanity to wake up.”

Cathy says she is from Evening Land, to help us evolve. When her purpose is accomplished, she will go to the Day Light. We have already been in Day Land, but because we wanted to have more experiences, we came to this planet. The beings in Contact with her, like Emenoke, do not live on another planet. They are located at the ‘edge of the universe’ in the White Light. “The ‘light orb’ is sent to protect us. My little brother has a blue orb that protects him.”

Mary: “You said he will also be a teacher ˗ in what way?”

Cathy: “He will be my teacher, as I will be, and he will be home schooled so he will retain true knowledge.”

M: “What do your guides teach you?”

C: “They are teaching me different knowledge so I can teach adults. The danger is that it can be changed and then the true information is lost. Then people get confused and lost by making fun of the star children, or not believing them. Many Star Kids are destroyed by education.”

M: “How many star kids are there?”

C: “Forty or fifty percent of people of a hundred, but many get lost and only twenty percent will remember who they are.”

“The beings want us to wake up and see reality as it is, to understand how powerful we really are. Some individuals from Day Land and Evening Land have come here to help humanity with the Awakening. It’s very dangerous to come here to help because our past life memories can be deleted at birth and some of this is destroyed by society and education, drink and drugs. Those who come here are aware of the dangers and still want to come and help. We are not awake yet.”

C: “We have to increase our energy as we don’t have the energy required; it’s stolen from us.”

M: “How can we protect our energy?”

How might we begin to increase our energy? Cathy says…

“Something important will happen in the next five years on this planet. The parents have to listen to us. We need to educate the parents.”

Cathy told me that her purpose here on earth is to get her family to wake up and to protect her little brother because he is important for humanity. By this, she means he will become her teacher when he grows up, as he will, in turn, help humanity wake up.

“Mary has BIG ears. She listens. Most adults don’t.”

If you enjoyed this post, we recommend you read The New Human – Awakening to Your Cosmic Heritage by Mary Rodwell 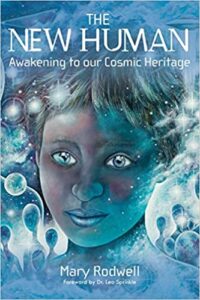 Mary RODWELL, RN is the Founder and Principal of Australian Close Encounter Resource Network (ACERN). Born in the United Kingdom and eventually migrating to Western Australia in 1991, she currently resides in Queensland. Mary is a former nurse, midwife, and health educator and was employed as a professional counselor for the National Health Service UK and Australian counseling agencies, Silver Chain and Centrecare. Since 1994 Mary has worked in private practice as a professional counselor, hypnotherapist, metaphysical teacher, researcher, author, Reiki Master, and international speaker.
«Previous Post
Thoughts on Police, Gangs & All Lives Matter»Next Post
Mindfulness – The Panacea for Transformation