Grant Cameron – “UFOs are not physical!”

Grant Cameron, a UFO researcher who’s been in this field for decades, investigating both the nuts and bolts “lights in the sky” angle as well as the experiential, those who have had ET contact, has made some startling new discoveries, and as a result he feels that what we think may be material objects (UFOs) traveling from elsewhere to Earth may be doing something entirely different.

His investigations point to the idea that none of the so-called alien craft are physical or are traveling through physical space as we understand it.

How he came to this conclusion is quite fascinating as he connects the dots of the UFO phenomenon with what are referred to as apports and poltergeist phenomena.

Listen to how Grant Cameron reached this conclusion PLUS he’ll give us an update of yet more “strange phenomena” happening recently at Mt. Shasta!

Get books by Grant Cameron! 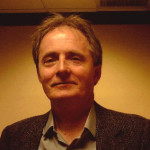 Grant Cameron became involved in Ufology in 1975 with personal sightings of an object which locally became known as Charlie Red Star. The sightings occurred in Carman, Manitoba. In the past few years Cameron has turned his research interests to the involvement and actions of the President of the United States in the UFO problem. He has made 20+ trips to the National Archives and most of the various Presidential archives looking for presidential UFO material.

One highlight of his presidential UFO research was the chance to question Vice-President Dick Cheney on his knowledge of the UFO subject. Another highlight of the presidential UFO research was a FOIA to the White House Office of Science and Technology which yielded 1,000 pages of UFO documents from the Clinton administration. Many of these findings have been written up on his website, www.presidentialufo.com. At present Cameron is awaiting almost 100 FOIA requests from the Clinton Presidential Library in Little Rock, Arkansas, related to the UFO related actions and policies inside the two Presidential terms of Bill Clinton.

Alexis Brooks is the editor-in-chief of Higher Journeys, an award-winning talk show host, #1 best-selling author, and international speaker covering metaphysics, spirituality and personal transformation. Her work explores consciousness, human potential, and the deeper characteristics of reality from a transcendental perspective and her approach to these subjects have been described by many as “clear and easy to understand” in covering an otherwise complex and esoteric subject matter. Alexis' mantra: If you dare explore the mystery, Universe will more than meet you half way!
«Previous Post
Owls and The ET Contact Phenomenon – Your Questions Answered!»Next Post
Suzanne Ross – Magic and the Natural World