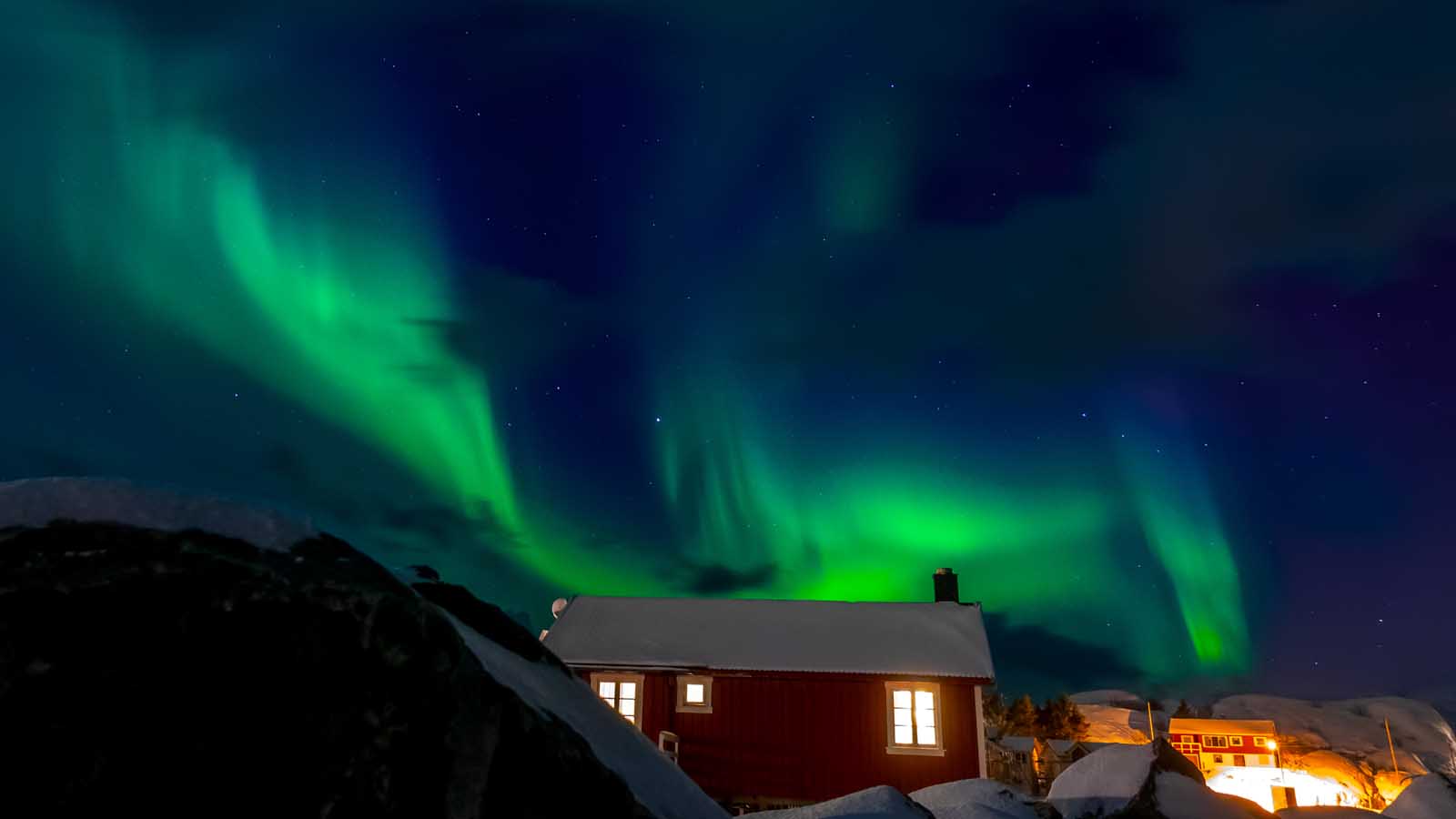 Leo Deis, a 76 year old man from Regina, Canada nearly had his paradigm shattered when he witnessed firsthand, a broom in his family home stand on its own. The bristled broomstick, suspended with no aid whatsoever remained in an upright position on their tiled floor for a significant amount of time. Deis was not the only one in his family to witness this apparent feat of non-corporeal wizardry. Inquisitive, he decided to take a paintbrush to the floor to see if it would obey these new “laws of physics” he had recently discovered. To his amazement, the brush followed suit and remained suspended as well with no support at all.

Apparently the phenomenon of unsupported brooms has been sweeping across the planet and reported by store owners, housewives and news media alike. So, quite honestly, what is going on?

Deis was quick to point out his interest and previous study of physics and chemistry, and reasoned that this anomalous act might be an epiphenomenon from the recent high solar activity that has been taking place.

It is certainly difficult to ignore the fact that a variety of strange and unusual phenomena have been occurring in recent years, although some date these increased effects back to the 1800’s.

Is there indeed some correlation between these phenomena and erratic geophysical activity (GPA)?

When I recently spoke with author and paranormal researcher Rosemary Ellen Guiley to get her take on whether GPA might account for an increase in reported paranormal activity, here’s what she had to say…

“Many people have speculated that activity in the earth’s magnetic field has bearing on this and I do believe that to be the case. We have cycles and solar activity where increased solar flares activate the magnetosphere and paranormal investigations indicate that spirit communications and even the manifestations of entities seem to be sensitive to fluctuations in the magnetic energy. There are places on the earth for example that have dramatic negative magnetic anomalies and these almost always are associated with intense hot zones and paranormal activity on an ongoing basis.”

Although science is quick to point out that there is no hard evidence to support these claims, they do admit that the sun’s magnetic field is “flipping” and that solar maximum is here.

In an article posted on the NASA Science News web site in 2001, scientists state, “The sun’s magnetic poles will remain as they are now, with the north magnetic pole pointing through the Sun’s southern hemisphere, until the year 2012 when they will reverse again. This transition happens, as far as we know, at the peak of every 11-year sunspot cycle — like clockwork.”

However, there seem to be additional significant elements that combined with the sun’s erratic behavior are making for an anomalous intersection of activity; the effects of which we haven’t seen for perhaps thousands of years.

It is well documented that the earth’s magnetic field is weakening, a feature that gradually but inevitably precedes a full-on pole shift. Many scientists agree that pole reversal has occurred many times over the millennia, and yet most are loathed to admit that we will experience a total pole shift in our lifetime. Others disagree. Researcher and author Gregg Braden is among those doing work in this field who believes that we are in the midst of a shift on many levels. In his landmark book Awakening to Zero Point, he describes something he calls the Shift of the Ages; a time in earth’s history and in human consciousness when a “convergence of decreasing planetary magnetic and increasing planetary frequency upon a point in time” takes place. “The shift represents a rare opportunity of collectively repatterning the expression of human consciousness.”

This repatterning may very well be resulting in changes to the human sensory system, and experienced both physiologically and psychologically.

Many are reporting, irregular patterns of sleep, often waking during the hours between 2am-4am. Additionally, there have been many who I have personally spoken to who have insisted that they have been awakened by either a non-physical being of some sort (some have called them “shadow-like” beings) or even balls of light floating around the room, of which the experiencer senses some form of intelligence. Of course there have been many variations to these reports.

Others are reporting extremely vivid, sometimes precognitive dreams. Telepathy seems to be on the increase. The act of manifesting based on thought alone is not a new concept, although we are hearing many more cases of instant manifestation in our daily lives.

Lynne McTaggart points out in her book, The Intention Experiment how geomagnetic fluctuations in earth’s atmosphere can have a significant impact on the consciousness of an individual. Especially during periods of moderate to high solar activity, the act of sending conscious intention seems to be far more effective. Interestingly though, when solar activity is low, thereby resulting in quiet to no geomagnetic “storminess,” the faculty known as psi whereby the individual is more tuned to receiving information is greater.

My surmise is that both sending and receiving of psychic information has reached a crescendo due perhaps, in part to the heightened geophysical phenomena we are experiencing on a regular basis.

Our psychic faculties and the interpenetration of our awareness into these realms are but one, albeit important, feature of this “new energy” we are experiencing. Braden points out however, “…it is the awareness of humankind, and not the life essence itself, that is used to interpret the three dimensional world…It is this awareness that is locked up within the fields of magnetics surrounding our planet. Through the structure provided as fields of magnetics the net of our awareness matrix is stabilized and secured in place.”

However, now with the steady decrease of magnetic shielding, the persistent increase of earth frequency along with the fury of solar activity, a potpourri of possibilities are being hurled our way.

What does one do with all of this?

I’ve no doubt that the complexities of just what is going on here, leaving hints as they may, are more than most can get their heads around – science included! But as is often noted, nature leaves clues if one is attuned to its subtle information.

If we can just imagine that earth has a consciousness and a body, and “heartbeat” just as we do, we can also reason that resonance between these two bodies (of man and earth) is a natural phenomenon. When the predominant energy changes, the other must follow in like manner – this is the physical law of resonance.

When the earth’s “protective shield” weakens or diminishes, we might liken that to our own protective shield or barrier or veil weakening as well; that of conscious perception. When the veil thins we, just as the earth, have access to all the other information “out there.” This flow pours in like a monsoon, but if one is not ready or is unprepared, this evolution will mask itself and be interpreted as tumult, discord and confusion, thus a misunderstanding of the significance of this convergence of energies.

When one consciously recognizes and tunes one’s self to the increased frequency of earth’s vibration, the veils of perception, polarity and dissonance begin to blur and the recognition of being one with an unbroken whole starts to emerge. Though beginning individually, a collective awakening starts to take shape.

Braden says, “It is no longer necessary to go into the sacred chambers of ancient structures designed to provide the appropriate environment for this Shift; we are living The Shift within our offices, schools, living rooms as day-to-day life.”

So as we ponder the broom anomaly or stretch to make sense of our own fantastical and non-ordinary experiences, let us remind ourselves that we are living during a most unprecedented and magical time; a time that brings forth an opportunity to truly merge with the Shift of the Ages. Let us embrace the magic, attune to its frequency and reap the unlimited benefits of an infinite spectrum of experience.

Earthbound Spirit Attachment – How They May be Affecting YOU!

Alexis Brooks is the editor-in-chief of Higher Journeys, an award-winning talk show host, #1 best-selling author, and international speaker covering metaphysics, spirituality and personal transformation. Her work explores consciousness, human potential, and the deeper characteristics of reality from a transcendental perspective and her approach to these subjects have been described by many as “clear and easy to understand” in covering an otherwise complex and esoteric subject matter. Alexis' mantra: If you dare explore the mystery, Universe will more than meet you half way!
«Previous Post
Reclaim Your Feminine Energy to Amplify Your Intuition»Next Post
The Mystery of Mirrors – Portals to Another World?