Are we living in a multiverse?

ET contact, paranormal encounters like out of body experience, near-death experiences and other incidents of “high strangeness.” Is there a common denominator with individuals who report their brushes with the non-human realm? And might we begin to look at all of these intersections of reality as existing within a multiverse? The Foundation for Research Into Extraterrestrial Encounters, also known as FREE is an organization whose primary mission is to understand the depths and dimensions of this still mysterious, but important phenomenon.

Once again, I had occasion to speak with one of FREE’s co-founders Rey Hernandez. This time, we had a face-to-face discussion while on-location at the 5th Annual Experiencers Speak Conference in Portland Maine, of which Rey also delivered a fascinating presentation –  based on the findings of FREE. Listen in now as he highlights how FREE was born, with all of the synchronistic twists and turns that came with it. Then hear his explanation about the many facets that go along with the ET contact phenomenon.

The Quantum Hologram Theory of ET Contact by Rey Hernandez

Higher Journeys Radio: Down the Rabbit Hole of ET Encounters with Rey Hernandez 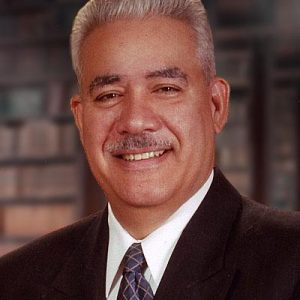 Reinerio (Rey) Hernandez: Rey and his entire family are “Experiencers”. He is currently employed as an Estate Tax Attorney with the IRS, US Dept of Treasury. He was previously an Adjunct Professor for 6 years at the New School for Social Research and the City University of New York. He was also the Director of the Center for a Sustainable Urban Environment at the City University of New York and the Director of the Office of Community Environmental Planning for the City of New York. He has attended Rutgers College, Cornell University and was a Ph.D. Candidate at U.C. Berkeley in City and Regional Planning. He was also the recipient of a National Science Foundation Ph.D. Fellowship at U.C. Berkeley. Rey resides with his family in Miami, Florida.

Alexis Brooks is the editor-in-chief of Higher Journeys, an award-winning talk show host, #1 best-selling author, and international speaker covering metaphysics, spirituality and personal transformation. Her work explores consciousness, human potential, and the deeper characteristics of reality from a transcendental perspective and her approach to these subjects have been described by many as “clear and easy to understand” in covering an otherwise complex and esoteric subject matter. Alexis' mantra: If you dare explore the mystery, Universe will more than meet you half way!
«Previous Post
The Robot Society – Do You Have What it Takes to Live “Out of Context?”»Next Post
The Secret to Manifestation – Tell Your Brain to Change Its Mind!