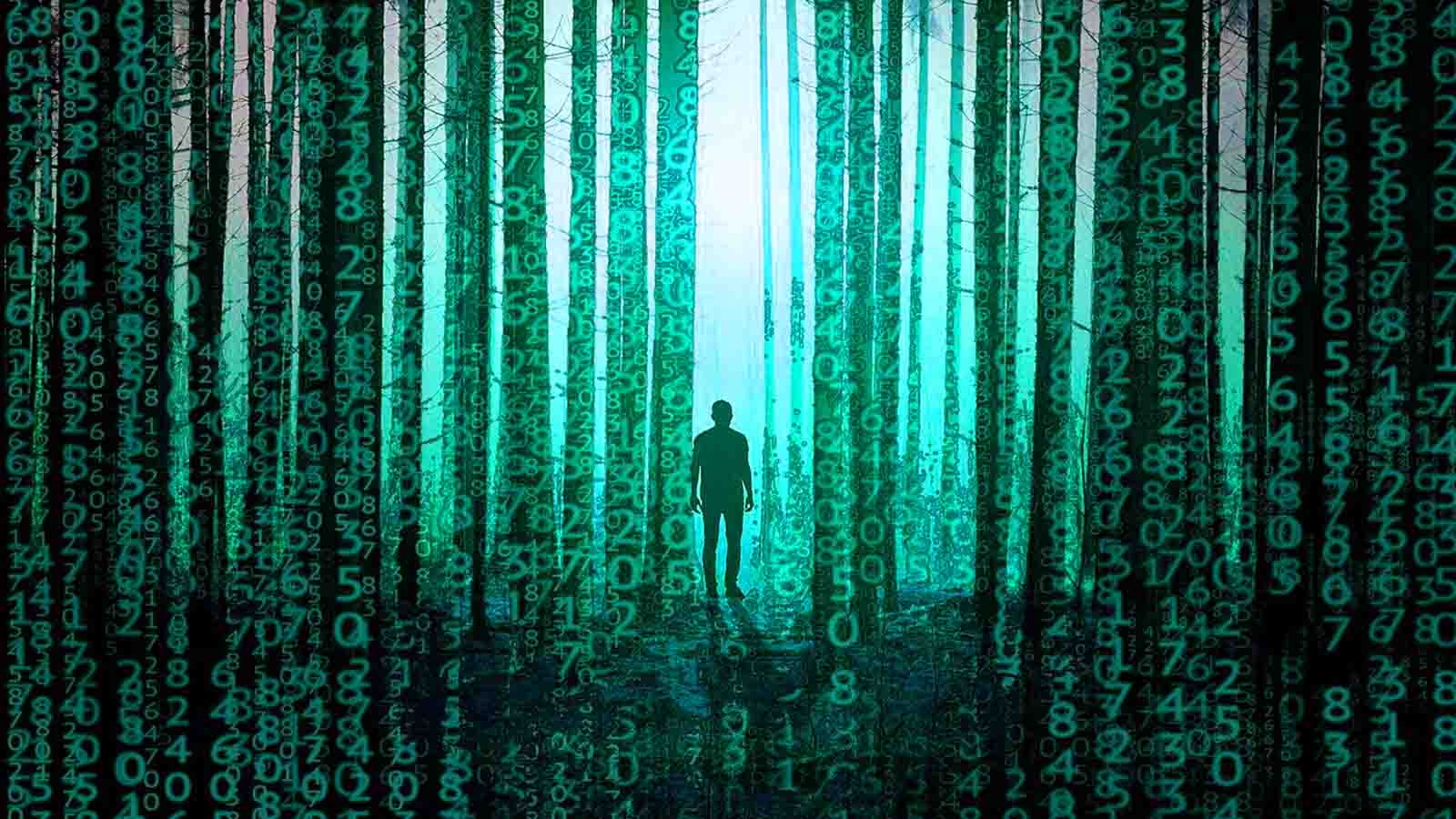 It was fringe researcher Jordan Maxwell who said, “Nothing in this world is the way you think it is…nothing!”

An idea that has always resonated with me, for most of my adult life I’ve questioned the surface level of reality and moreover, the machinations that seem embedded within its framework

Since the original movie The Matrix shattered the notion of reality as we thought it to be, for many the idea that we may be living in such a place – perhaps a reality designed via a simulation, scores of people now question the baseline of what we believe to be real.

Assuming our reality and all that undergirds it is intelligently designed by what many call God or Universe or Source – whatever this omnipotent level of consciousness is, one would assume there must be purpose and intent.

But just what is the intent? Furthermore, who’s been charged with the task of designing it, whether for better or worse?

When looking at the “worse” of reality, why on Earth would God build “the bad” into this intelligent design?

Some contend that at this level of reality a distinction between a given thing and its polar opposite is absolutely necessary in order to understand the characteristics of each.

Alchemy is one form of reality distillation that understands the power inherent in the unification of opposites – the goal of blending two opposing parts of reality to create a third reality that is comprised of both yet the elements remain distinct on their own.

Still, right now at the level of reality that most humans recognize, the ramifications of distinct opposites couldn’t be more in your face.

The side that appears as bad, evil, negative et al seems to be trying it’s level best to co-opt and hijack it’s enemy (that of good). Ergo, there is no blending to be had.

Those who’ve been key to eye the seemingly unrelenting malevolence of activity on this planet for millennia feel that there is some influence that has been likened to demonic or archon like beings. An ancient and yet advanced form of control who feels that the planet belongs to them and so do the people who roam it’s surface.

Included in their diabolical agenda is to obliterate huge numbers of the human species and subjugate the rest for their own selfish purposes.

Just the mere idea of such a plan is absurd to many unsuspecting individuals, oblivious to the large repository of documented history that shows ample evidence that such an agenda is entirely real.

But here’s where the rabbit hole gets infinitely deep: Could this planet that has been likened to a prison (in more recent years) have a trap door that is available to any and everyone who can find it and summon the courage to walk through it?

Listen to a riveting interview about The Matrix with Jon Rappoport

Is there a lesson that we all can learn about why such a prison exists?

In a world locked down by rules, regs, and agendas that some say must go according to plan, one might think there’s no way out of what has been dubbed “The Prison Planet.”

The Matrix was a movie that depicted a frightening scenario of the robotic masses and their “handlers” (The Agents – aka archons) determined to keep tabs on and prevent the people from a life of freedom. The character portrayed as “Neo,” once taking the red pill did discover how deep the rabbit hole goes, but he also discovered an inner sanctum; a power woken up out of dormancy, that on some level we all possess.

This initial Matrix film came through to many as a clarion call – a push to wake up out of the coma of complacency and recognize how reality really works in order to eventually muster the strength to defy its appearances and transmute the dark into light…much like the alchemists.

But in order to do that, awakening to the truth, though a big move in the right direction, is only the first step.

Once those who set the agenda to keep you in a perpetual state of acquiescence in order to keep complete control over you realize you too have swallowed that red pill, they see it as their job to ratchet up the pressure…on you!

Another film that depicts this apparent push/pull of reality under the guise of a Matrix-like predetermined structure, but with a powerful twist, is The Adjustment Bureau.

Do we control our destiny, or do unseen forces manipulate us? A man glimpses the future Fate has planned for him and realizes he wants something else. To get it, he must pursue across, under and through the streets of modern-day New York the only woman he’s ever loved. On the brink of winning a seat in the U.S. Senate, ambitious politician David Norris (Matt Damon) meets beautiful contemporary ballet dancer Elise Sellas (Emily Blunt), a woman like none he’s ever known. But just as he realizes he’s falling for her, mysterious men conspire to keep the two apart. David learns he is up against the agents of Fate itself, the men of The Adjustment Bureau, who will do everything in their considerable power to prevent David and Elise from being together. In the face of overwhelming odds, he must either let her go and accept a predetermined path… or risk everything to defy Fate and be with her. (Source: IMDB)

Though under the cover of science fiction, The Adjustment Bureau is yet another movie with a prescient message for us all – perhaps perfectly crafted for these times!

The Paradox of Reality and Our Current Times

The extreme madness that has been our world since 2020 shows no signs of relenting. This is a framework that seems to some to be contrived, pre-planned and intent on reaching a very specific outcome, and one that certainly does not bode well for the human species. AKA, “evil agenda” “population control,” “Global enslavement”…there have been numerous names assigned to this apparent meticulously calculated program, if such a plan indeed exists.

One individual might observe this “madness,” and conclude that we are doomed; this is evil at it’s core and nothing more.

Another might observe that the agenda is a well planned lesson designed to wake up humanity visa vie a reality that only “appears” to be bad, and therefore must be understood as only a species-wide litmus test, which ultimately is for our highest good.

A third individual may entertain both angles, acknowledging that both are equally true and thus choose to use the opportunity to fuse opposites together and turn the madness into magic (The Alchemist).

It was American novelist and philosopher F. Scott Fitzgerald who said,

from F. Scott Fitzgerald’s essay The Crack Up

When you understand that this level of reality presents a paradox (or puzzle), and you treat it as such, you can indeed combine two seemed opposites in order to create a new reality, and one that you greatly prefer.

But here’s the kicker. It was a narrative included in the final scene of the Adjustment Bureau (SPOILER ALERT AHEAD) that perhaps says it all about the true nature of this Matrix…

“Most people live life on the path we [The Agents] set for them, too afraid to explore any other. But once in a while people like you [character: David Norris] come along who knock down all the obstacles we put in your way. People who realize freewill is a gift that you’ll never know how to use until you fight for it. I think that’s the chairman’s [Head of the Adjustment Bureau] real plan. That maybe one day, we won’t write the plan, you will.”

Imagine that all that’s going on right now may just be Universe’s way (though harsh as it may be) of showing us how to use our God-given freewill through the unimaginable Matrix of crisis, challenge, and a plan that appears to have nothing but evil intent? Imagine if the plan even included a cast of characters who appeared to design the evil agenda with an expectation of complete control and the loss of freedom and free will? And imagine, how that script would turn on a dime (to its opposite) if we individually and collectively knocked down all the obstacles they put in our way?

Could this be the real plan? Could it be that this Matrix was actually designed to escape?

Whatever the master plan, I think it behooves us all to at least consider the possibility. Better yet, explore it with action and intent. And then not only we will know what free will truly means, we will experience once and for all that the Matrix is nothing more than a relative construct of reality, designed to be relegated to the annals of illusion and the only thing that is real is your consciousness to choose to create your reality as you see fit.

Alexis Brooks is the editor-in-chief of Higher Journeys, an award-winning talk show host, #1 best-selling author, and international speaker covering metaphysics, spirituality and personal transformation. Her work explores consciousness, human potential, and the deeper characteristics of reality from a transcendental perspective and her approach to these subjects have been described by many as “clear and easy to understand” in covering an otherwise complex and esoteric subject matter. Alexis' mantra: If you dare explore the mystery, Universe will more than meet you half way!
«Previous Post
Jason Quitt (Part 2): Strange Encounters & Our Energetic Field»Next Post
Mike Clelland | Pareidolia, Owls and Synchronicity – More Than Meets the Eye?