Are we living with Gods Among Us, and if so, how, if at all, are they connected to us?

Filmmaker and consciousness researcher Caroline Cory lays out a compelling thesis that not only are we living in the midst of a broader range of intelligent life, but that there’s actually science to show that this is the case.

In her groundbreaking documentary film, Gods Among Us – The Science of Contact, Caroline illustrates with fascinating narrative, first-person accounts, and interviews with some of the top researchers in the field that non human intelligence has and continues to play an integral role in the lives of many.

I sat down with Caroline on site at the 2017 Contact in the Desert to discuss her film, and the paradigm changing implications that no longer can be denied.

VIDEO: Gods Among Us – Watch movie trailers and extra footage

GODS AMONG US – The Science of Contact documents the jaw-dropping stories of individuals from around the world who share similar accounts of extraterrestrial and otherworldly encounters. Producer and host Caroline Cory, who has her own extensive history with the supernatural, takes the viewers on an extraordinary journey to uncover whether these seemingly independent yet parallel reports may actually be scientific evidence of a greater phenomenon at work. Through a series of groundbreaking on-camera experiments on human DNA, and interviews with leading scientists, viewers will find themselves pondering the nature of their own reality or yet the true origin of the human species. GODS AMONG US may ultimately show that the traditionally unexplained is, in fact, far more attributable to science than fiction.

TOPICS INCLUDE: 3D animation of the planetary grid and its connection to UFO sightings, telepathic communication, teleportation and space travel; Abduction, Hybridization and Star Language. 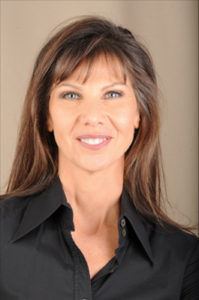 Caroline Cory is an award winning filmmaker (Gods Among Us – The Science of Contact), futurist, a visionary author and the founder of the OMnium Method™. Even though Caroline completed graduate studies in Psychology with a minor in Philosophy, most of her knowledge and deeper awareness came about through direct experience, which she talks about in her books and courses.

Caroline’s encounter with the worlds of Consciousness, Energy Medicine and Spirituality started at the early age of 5 when she spontaneously began to perceive various forms of subtle energy. With time, her ability to perceive and discern subtle energy with precision allowed her to identify what Source Energy really is. She could experience and understand more deeply the cosmic roadmap and the structure of consciousness, the multi-dimensional configuration of the human body and mind as well as the construct of earthly reality.

Because Caroline’s own deeper awareness and consciousness expansion happened mostly through direct experience and beyond the text books, the OMnium Method™ of Learning and Healing is also based on a unique form of experiential methodology. In healing, this method raises the cells’ vibration through resonance, which in turn allows the cellular DNA reprogramming and the healing to occur organically. For more details, go to the HEALING CENTER at www.omniumuniverse.com

The OMnium Method™ of Learning includes the NEW PARADIGM EDUCATION SYSTEM, an unprecedented approach to learning and teaching. This methodology is based on the principle that learning can also happen through a form of resonance and “entrainment” – a process by which the brain switches from 10% to a full 100% capacity and absorbs the information in a direct manner. This means that one can bypass the traditional rote system of learning – which is to process information cognitively through reading, repeating and memorizing – and acquire the information and knowledge as a direct consciousness and experience.

Caroline’s vision extends into the area of media and entertainment. In 2012, she creates OMnium Media and “Experiential Cinema”, which supports her personal mission to uplift the human spirit through highly creative and artistic means. ‘Transformational entertainment is not just about creating awareness,’ Caroline says, ‘it is also about creating new formats, an innovative approach and an overall experience that is multi-dimensional and inter-dimensional.’ OMnium Media contains a number of deeply profound and transformative platforms: a short animated film ‘I AM THE UNIVERSE, I AM LOVE’, short healing videos, transformative music and iOS apps. OMnium Media is currently developping Television series, a documentary and a feature film project. Please visit: www.omniummedia.com

Alexis Brooks is the editor-in-chief of Higher Journeys, an award-winning talk show host, #1 best-selling author, and international speaker covering metaphysics, spirituality and personal transformation. Her work explores consciousness, human potential, and the deeper characteristics of reality from a transcendental perspective and her approach to these subjects have been described by many as “clear and easy to understand” in covering an otherwise complex and esoteric subject matter. Alexis' mantra: If you dare explore the mystery, Universe will more than meet you half way!
«Previous Post
ET Contact vs. Spiritual Awakening – Is There a Connection?»Next Post
UFOlogy, Disclosure, and Why We’re Barking Up the WRONG Tree!