Barry Littleton – The “Forces,” Back-Engineering and the 2020 Shift

Barry Littleton – alien abductee goes deep on the forces at work during this 2020 shift and more!

Barry Littleton is no stranger to “high strangeness.”

A long time experiencer of physical alien abduction, rather than just accept his experiences as an odd and mysterious component to his life, he’s been determined to understand the dynamics of UFO craft and their occupants; how they operate, their symbiosis with planet earth and with humans, and how non human intelligence MAY be using this planet to control some of their craft with materials taken from terra firma and other elements including water.

A true student of science, Barry Littleton has put together a stunning thesis about these ideas along with exploring the possibility that there are indeed “dark forces” that are also playing an integral role in that which we are experiencing now (as of June 2020).

How are these “forces” from “other worlds” getting through? What does portal technology have to do with it all? And what role does the contact phenomenon play in this “new normal” we’re all experiencing? Barry had ALOT to say about it all. Plus he’ll share a harrowing journey during his trip down under and what role the afterlife played in SAVING his life…stunning!

PLUS… Don’t miss our OFF THE RECORD After Show “The Private Journey” with Barry Littleton exclusively for Patreon members! 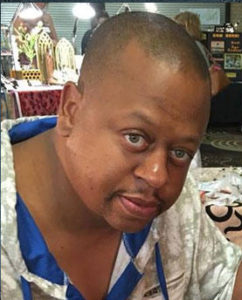 Barry Littleton – “I was born somewhat awake with fragmented past life memories, and began having paranormal experiences at a very young age. These experiences included telepathic awareness, sometimes seeing or feeling Ghosts, and various Inorganic Beings. Some of these encounters, and the entities themselves had a distinct extraterrestrial origin. These unusual encounters led me to do a lifetime of research, and exploration into both the metaphysical, and paranormal fields.

I have an education majoring in Psychology, Sociology, & Ethnic Studies, from Wichita State University.  For the last 22 years I’ve worked with At Risk Youth, & Juvenile Offenders, through utilizing the cognitive behavioral approach.

In 2010 I had a near terminal car accident resulting in sustaining 4 Catastrophic Traumatic Brain Injuries (TBI), along with a very definite Near Death Experience (NDE). This event was life changing; it was predicted that my condition would remain in a near vegetable state. It was cognitively surviving this catastrophic event that spurred me to come forward about contact, and paranormal experiences.

My hope was to help unite Extraterrestrial Contactees with similar encounters, interests, and to cross the racial color barrier that seems to exist within the field. Since coming forward I have had the pleasure of meeting awakened people from across the globe, which has been an amazing experience!”

I can be reached at barrylittleton13@gmail.com

Check out Barry’s YouTube Channel for plenty of great videos on his experiencer journey!

Alexis Brooks is the editor-in-chief of Higher Journeys, an award-winning talk show host, #1 best-selling author, and international speaker covering metaphysics, spirituality and personal transformation. Her work explores consciousness, human potential, and the deeper characteristics of reality from a transcendental perspective and her approach to these subjects have been described by many as “clear and easy to understand” in covering an otherwise complex and esoteric subject matter. Alexis' mantra: If you dare explore the mystery, Universe will more than meet you half way!
«Previous Post
Mike Clelland – Pandemic and The Paranormal: Connecting the Dots!»Next Post
PMH Atwater – “We’re In it Now!” The Crisis, 2020 and What’s Next