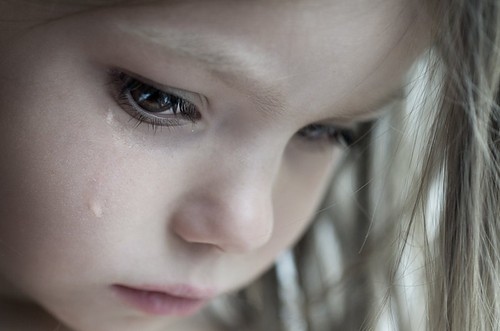 Is autism the misunderstanding of the century and if so, what is this now all-too common diagnosis trying to tell us?

Should we be rebelling or rejoicing? That is the big question when it comes to the in your face spike in reported diagnosed cases of autism.

Just this past month the Centers for Disease Control along with Prevention’s National Health Interview Survey announced that based on data stemming from a 2014 study, 1 in 45 children between the ages of 3 and 17 have been diagnosed with autism.

So what does this mean? How is this happening? And should we be re-framing our understanding of what autism really is and why it’s coming in at alarming rates?

First – What does this all mean?

I’ve mused over both sides of the equation. Be advised: both angles emerge from a more alternative and provocative view of information gathering. Translation: You’ll never hear either sides of this issue discussed in the mainstream of media!

One angle has directly tied the rise in autism to the environmental assault on the human biological system; a barrage of toxic influences from fluoride in our water supply, to the GMO’s most ingest on a daily basis, to the toxic particulates blanketing our skies. And of course, the multitude of vaccines required for children may be adding to this ubiquitous “affliction.” Whether directly affecting the soon-to-be diagnosed child or its mother while the child is in utero, the effects, according to these theorists are nearly unavoidable and constitute a toxic stew just waiting to mutate the biology of its unsuspecting victims.

For more on this perspective, I urge you to listen to my interviews with:

A fair enough assessment but…

There’s another view. Still somewhat “alternative” and yet maybe even more provocative as to the implications it may be showing us for the future of this planet and moreover, our species.

In a November 2015 Huff Post article, a young boy serendipitously named “Ramses” is profiled after his mother claimed that her son displays clear prodigious traits, having learned seven different languages, including Japanese and Russian, as well as solving algebraic equations without any stress or strain, all at the age of 5! Ramses is – you guessed it – autistic.

Sure we’ve heard of these beyond belief characteristics of child prodigies before, and each time we do we scratch our heads and say, “But why not my kid?” Well, maybe he or she has not been endowed with the “gift” of autism.

But is it a gift?

Some certainly think so. Or more appropriately called, an ability – a new set of skills indigenous to  what may be called “the new human.”

Maybe these new humans aren’t so much about showing off their gifts as much as their desire to show us the ways of the future human; a sort of real life show and tell as an evolutionary stepping stone that cannot afford to be ignored or cloaked within the guise of “illness.”

Regression therapist and alternative researcher Mary Rodwell is one who has been outspoken about the possibility that autism has been sorely mistaken in the broad scheme of things. Here’s a snippet of an interview she gave to journalist and investigative reporter Paolo Harris about what autism is and its possible link to the emergence of the new human:

Paola: The part [of your work] that really fascinates me…is that you have a passion with working with children…

Mary: I certainly do. I feel very, very strongly that we have to really approach how we educate these children. Because a lot of them are very bored when they go to school and find classes limited, and don’t fit in with what they already ‘know’ intuitively  a lot of these children are labeled as ADHD. And the reason that I feel this is because I have met so many with ADHD that are having encounters. And they tell me that they see reality differently a broader multidimensional reality and that also they are highly intelligent and they seem to have what we call downloads of information. An eight year old girl called “knowledge bombs” where they seem to know things they are not taught in school. One of the older star seeds lives in Hong Kong His name is Neil Gould. Neil was diagnosed as ADHD as a child, and he told me that he always saw reality differently in a more expanded way. He realized he had also experienced encounters and wrote his story, Close Encounters of the ADHD kind. And he said he thinks that our educational system is too limited.  Other so -called dysfunctions such as autism and Asperger’s syndrome. Individuals with these conditions have often disclosed to friends or family that they have experienced expanded  realities and  see ‘beings’ or spirits as well as energy around people. They seem to have a special kind of  expanded awareness. The advantage is that they are not easily programmable as the so called ‘normal’ human. And I think that’s the key, the rest of us close off our ability to experience expanded reality. The more we challenge those boundaries more of what is the greater reality we can perceive.

Researcher and author of Children of the Fifth World, PMH Atwater has also weighed in on the idea that autistic tendencies may be pointing us toward a new human and an evolutionary leap in our species:

Listen to my interview with PMH in this regard, here.

I have personally heard of stories where these autistic (new) children can telepathically communicate and even heal with their hands or with just the shear intention to do so. They bond and share with others in ways that most of us have never imagined, and to them this is completely natural!

Are we grossly misinterpreting what has been called a curse for what may in fact be the gift that could save our species?

I think the latter is certainly worth pondering!

Let it be noted here that the “reason” the CDC is attributing the spike in diagnosed cases (1-45 most recently) is due to the manner in which their survey methods have changed which apparently has yielded a far more accurate picture.

Perhaps it’s time we need to change the method by which we understand how the human species is changing and understand that what has been deemed a “curse” may in fact be the gift that we were all waiting so desperately for.

Alexis Brooks is the editor-in-chief of Higher Journeys, an award-winning talk show host, #1 best-selling author, and international speaker covering metaphysics, spirituality and personal transformation. Her work explores consciousness, human potential, and the deeper characteristics of reality from a transcendental perspective and her approach to these subjects have been described by many as “clear and easy to understand” in covering an otherwise complex and esoteric subject matter. Alexis' mantra: If you dare explore the mystery, Universe will more than meet you half way!
«Previous Post
Conscious Commentary – Just What Exactly is Quantum Jumping?»Next Post
How to Manifest from the Out of Body State with William Buhlman