What is mental illness and where does it come from?

Is it a psychological state of being inherited through genetics? Is it a condition that emerges after a severe traumatic experience? Or is it a psychic virus cast upon unsuspecting individuals from the hidden realm?

These are all complex questions, but the answers share one common theme – that of multidimensionality.

In this, a follow up to our recent discussion about the metaphysics of mental illness, I bring in two well researched individuals to try and tackle this very big subject. Jay Weidner, an authority on Hermetic and Alchemical traditions, and Paul Levy, consciousness researcher and author of the landmark book, Dispelling Wetiko – Breaking the Curse of Evil. Needless to say, this conversation was riveting, and revelational, and after you listen in, you may never look at mental illness the same way again.

Interview – Paul Levy – Wetiko and the Collective Psychosis of Humanity 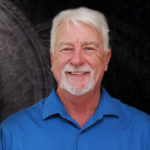 Jay Weidner – Called by Wired Magazine an “authority on the hermetic and alchemical traditions,” Jay Weidner is a renowned filmmaker, author and scholar. Considered to be a ‘modern-day Indiana Jones’ for his ongoing worldwide quests to find clues to mankind’s spiritual destiny via ancient societies and artifacts, his body of work offers great insight into the circumstances that have led to the current global crisis. He is writer/director of the feature film, The Last Avatar, director of the critically acclaimed documentary, Infinity: The Ultimate Trip, Journey Beyond Death and writer/director of the documentary series on the work of Stanley Kubrick, Kubrick’s Odyssey and Beyond the Infinite.

In 1991, Jay joined KCMU Public Radio in Seattle. He hosted the six-hour weekly interview program, Mind Over Matters, and was also the Public Affairs Director. In 1996, Jay became one of the first employees of a start up company called Gaiam for which he was the Video Production Development Director until he departed in 2000.

In 2000, he founded Sacred Mysteries together with his wife, Sharron Rose. He has directed 15 films in the current Sacred Mysteries DVD Collection including, The Last Avatar, Infinity, Secrets of Alchemy, Artmind, Healing the Luminous Body, Quantum Astrology, Sophia Returning and more.

Since 2012, Jay has been creating and producing original content for Gaia TV, the on-line alternative television network for which he develops and produces cutting edge programs and series such as Cosmic Disclosure and Wisdom Teachings starring David Wilcock, Deep Space, a series about the Secret Space Program, Beyond Belief with George Noorey, Open Minds with Regina Meredith, Hidden Origins with Michael Tellinger Hollywood Decoded, and many more. For greater insight into this work, go to www.gaia.com/weidner.

In addition, he continues to be a featured guest on popular radio shows such as Coast to Coast AM, Red Ice, Freeman Fly, Veritas, etc. 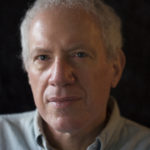 A pioneer in the field of spiritual emergence, Paul Levy is a wounded healer in private practice, assisting others who are also awakening to the dreamlike nature of reality. He is the author of the newly released book Awakened by Darkness: When Evil Becomes Your Father (Awaken in the Dream Publishing, 2015), as well as Dispelling Wetiko: Breaking the Curse of Evil (North Atlantic Books, 2013), and The Madness of George W. Bush: A Reflection of Our Collective Psychosis (Authorhouse, 2006). He is the founder of the “Awakening in the Dream Community” in Portland, Oregon. An artist, he is deeply steeped in the work of C. G. Jung, and has been a Tibetan Buddhist practitioner for over thirty years. He is the coordinator for the Portland PadmaSambhava Buddhist Center. Please visit Paul’s website www.awakeninthedream.com. You can contact Paul at paul@awakeninthedream.com; he looks forward to your reflections.

Alexis Brooks is the editor-in-chief of Higher Journeys, an award-winning talk show host, #1 best-selling author, and international speaker covering metaphysics, spirituality and personal transformation. Her work explores consciousness, human potential, and the deeper characteristics of reality from a transcendental perspective and her approach to these subjects have been described by many as “clear and easy to understand” in covering an otherwise complex and esoteric subject matter. Alexis' mantra: If you dare explore the mystery, Universe will more than meet you half way!
«Previous Post
The Metaphysics of Mental Illness»Next Post
My REAL Parents are in Space!