The Best in Alternative Media – On the Doorstep of Becoming “Mainstream”

The day we can call ‘alternative media’ a misnomer is the day we can say we’ve finally made the shift to the mainstream!
– Alexis Brooks

Lots has changed in a few short years!

Though the relentless current of mainstream media headlines continues to captivate (and hypnotize) the masses – another style of media is cropping up  and threatening its legacy grip on society.

What is it? What’s discussed, watched, explored, and uncovered within its broad scope of  pages, posts, and podcasts?

Answer – Just about anything and everything you won’t find on the nightly news!

Sure, with this ever increasing super highway of information, the risk of getting caught up in noise is nearly inescapable. But if you are inquisitive, discerning, and willing to dive into the waters of true inquiry  – look no further than alternative media to satisfy your hunger for news beyond the headlines!

The meta or paranormal, and a variety of other accounts of “high strangeness”, worldwide government coverups, consciousness and new science breakthroughs. These are but a few of the topics that some programs have managed to blow the lid off of – within the “alternative media.”

With the proliferation of on-demand media via the Internet; access to now thousands of specialty podcasts and more alternative media sources cropping up by the day, we can now boast that we are literally bearing witness to a massive paradigm shift, the likes we’ve never seen before.

When I started my professional career in broadcasting back in the mid-80’s, I was proud to say I’d been on the cutting edge of what was then new: Cable Television.

That was then – THIS is now!

Having started in sports television, then eventually  moving on to hit radio into the 90’s, I felt “privileged” to be  a part of a large trend in broadcast media – that is until I realized something was sorely missing within the scope of what media could offer.

The so called “choices” of formats (that still exist today): Contemporary Hit Radio (CHR), Adult Contemporary (AC), Album Oriented Rock (AOR), and of course the omnipresent News/Talk were designed to appeal to the individual’s personal tastes. But the pickings were undeniably slim.

Particularly in so far as news/talk format, what they were talking about then (and still now): politics, sports, scandals, wars, and weather are now diving deeper with the advent of alternative media, to shine a light on the important underbelly of each of these, and everything in between. 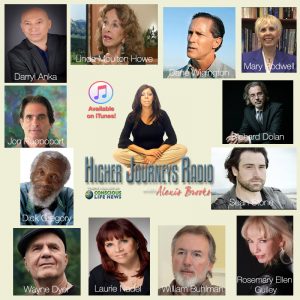 My own Internet show – Higher Journeys Radio covers the gamut of “unusual topics”, personal transformation, breakthroughs in new science, and consciousness, in addition to alternative views about the headlines that are paraded in front of us via the mainstream everyday.

Now –  as I juxtapose the mainstream stories with those considered alternative in its content, I am incredibly encouraged at what seems undeniable – a sustained and burgeoning trend of real news!

With this epiphany, the masses I sense, will eventually become increasingly incredulous about what has been considered legacy “headline news” and opt for an alternative that lends broader insight, top to bottom, and from the inside – out.

Here in the U.S., when we think of “The Networks” we have notions of the big three, ABC, CBS, and NBC. In later years, cable networks like CNN, MSNBC and FOX took their place alongside these behemoth news organizations.

That was then – this is Now…

As alternative media continues to climb out of the basement of subculture and work its way into the minds of the masses, so does its definition and the true meaning of Net-Work…

Here are some popular “alternative media” programs that I would consider to be among those who are well positioned to break the proverbial glass ceiling and usher us into a brand new media culture. These include audio, video and online/print as well as individual shows and online networks.

The New Face of Mainstream Media

Awake and Empowered with Ethann Fox

Fade to Black with Jimmy Church

There are indeed many more to explore and I certainly encourage you to do your research as to what’s out there!

These are in no particular order of popularity or online rankings – Just those who were top-of-mind for me at the time of this publication and are clearly on the rise!

In an effort to better acquaint you with these shows, networks, and their respective hosts, Higher Journeys plans to feature some of these great individuals on its show so you can have a first-hand listen to what some alternative media outlets have to offer you.

So strap in! Get ready for the shift, and the ushering in of the new mainstream!

Alexis Brooks is an award-winning broadcast journalist, #1 best-selling author of Conscious Musings – Contemplations to Transform Life and Realize Potential and is
the host of the popular Higher Journeys Radio program, presented in association with Conscious Life News.  Visit Alexis on Facebook, Twitter and YouTube!

Be sure to Tune in to Higher Journeys Radio on the following platforms/channels: 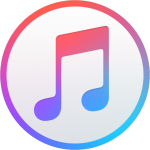 Alexis Brooks is the editor-in-chief of Higher Journeys, an award-winning talk show host, #1 best-selling author, and international speaker covering metaphysics, spirituality and personal transformation. Her work explores consciousness, human potential, and the deeper characteristics of reality from a transcendental perspective and her approach to these subjects have been described by many as “clear and easy to understand” in covering an otherwise complex and esoteric subject matter. Alexis' mantra: If you dare explore the mystery, Universe will more than meet you half way!
«Previous Post
Why Ignoring Your Intuition Can Be THE Best Teacher»Next Post
Manifest Your Reality – It’s All About Making it a CONSCIOUS Choice!