After Death Communication – Just a Dream or More? 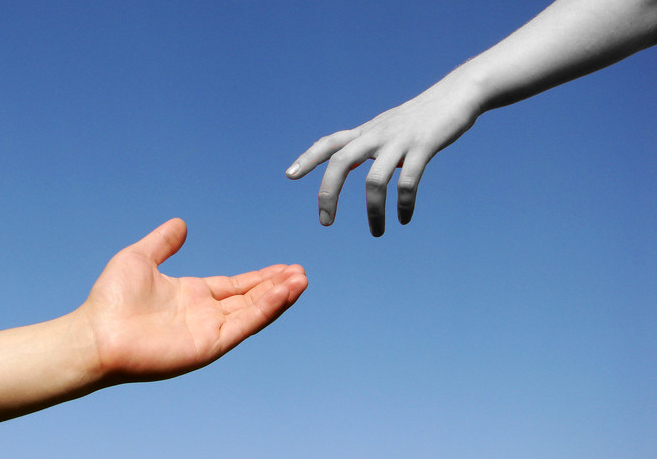 When a Dead Loved One Visits You in a Dream, Is It Real?

In 2001 I wrote about Bill and Judy Guggenheim’s excellent book entitled, Hello From Heaven, which discusses the subject of after-death communication – the reality of such a phenomenon and how common it appears to be.

Since that time, I’ve received dozens of stories of similar encounters – those who claim they have made contact with loved ones in spirit, most of which occurred as unexpected encounters. This is not a new story, nor is it a subject that’s losing interest by any means. As long as life and death exist, so will the longing for the living to reunite with “the dead.”

In the following article you will read about several inroads that have been made via the research about after death communication (or ADC, as was coined by the Guggenheims), not the least of which is a process called Induced After Death Communication – a method by which an individual can trigger a possible connection with loved ones in spirit. Similar to self-initiated out of body experiences, a process that OBE expert William Buhlman advocates, induced ADC’s may provide a clear and present approach to instantly erasing grief that could otherwise linger for years.

Stay tuned to Higher Journeys as I plan to cover at greater length, the subject of both induced ADC’s and self initiated OBE’s.

The universe is full of mysteries that challenge our current knowledge. In “Beyond Science” Epoch Times collects stories about these strange phenomena to stimulate the imagination and open up previously undreamed of possibilities. Are they true? You decide.

As many as 20 to 40 percent of Americans believe they have communicated with the dead, according to multiple studies. Are all of these people in a state of delusion or have they really made contact?

Dr. Camille Wortman, who received her Ph.D. from Duke University and who has worked for decades as an expert on grief and bereavement, wrote in her blog: “Despite the comfort that these communications may provide, mourners often worry that if they are having these kinds of experiences, they must be losing their minds. In many cases, they are reluctant to talk with others about these experiences, fearing that people will think they are going crazy. This could help explain the societal belief that such communications are rare, and that they may be indicative of psychological problems.”

After-death communication can help mourners, says Wortman; she and some other psychologists are exploring this phenomenon as a method of treating grief.

“Survivors would benefit from greater awareness of how frequently these communications occur. Armed with such knowledge, they may be more likely to be comforted, and less likely to doubt their own sanity if they experience after death communication,” Wortman wrote.

In 1995, Dr. Allan Botkin developed a therapy method called “induced after-death communication” (IADC). One of his patients learned something from the induced vision of her deceased friend that suggests the experience was real and not an illusion.

A reporter named Julia Mossbridge had lost her friend, Josh, in college. She had convinced Josh to attend a dance he wasn’t planning to attend and he died in a car accident on the way, she explained in a report on her experience. She felt guilty, though over the course of many years the grief had become relatively weak.

Botkin’s method involves getting the eyes to move in such a way that they imitate the rapid-eye-movement (REM) during sleep. Dreaming occurs during REM sleep. At the same time, he helps the patients get in touch with the core emotions related to their grief.

Mossbridge described the experience: “Simply, without pretense, I saw Josh walk out from behind a door. My friend jumped around with his youthful enthusiasm, beaming at me. I felt great joy at the connection but I couldn’t tell whether I was making the whole thing up. He told me I wasn’t to blame and I believed him. Then I saw Josh playing with his sister’s dog. I didn’t know she had one. We said good-bye and I opened my eyes, laughing.”

She continued: “Later I found out that Josh’s sister’s dog had died, and it was the same breed as the one I had seen in my vision. Yet I still don’t know what’s real. What I do know is that when I think of Josh, I no longer dwell on the images of me calling him or of his car getting hit. Instead, I see Josh walking toward me, laughing and playing with an angel dog. For now, this is the only kind of proof I need.”

Botkin has said it doesn’t matter if the patient believes in the experience or not, it can still have a positive effect.

How to know it's not just a dream

Alexis Brooks is the editor-in-chief of Higher Journeys, an award-winning talk show host, #1 best-selling author, and international speaker covering metaphysics, spirituality and personal transformation. Her work explores consciousness, human potential, and the deeper characteristics of reality from a transcendental perspective and her approach to these subjects have been described by many as “clear and easy to understand” in covering an otherwise complex and esoteric subject matter. Alexis' mantra: If you dare explore the mystery, Universe will more than meet you half way!
«Previous Post
The Placebo Effect – More Powerful Than You Think!»Next Post
Colleen Mauro – Intuition, Spiritual Telepathy & The Art of Tapping the Higher Self